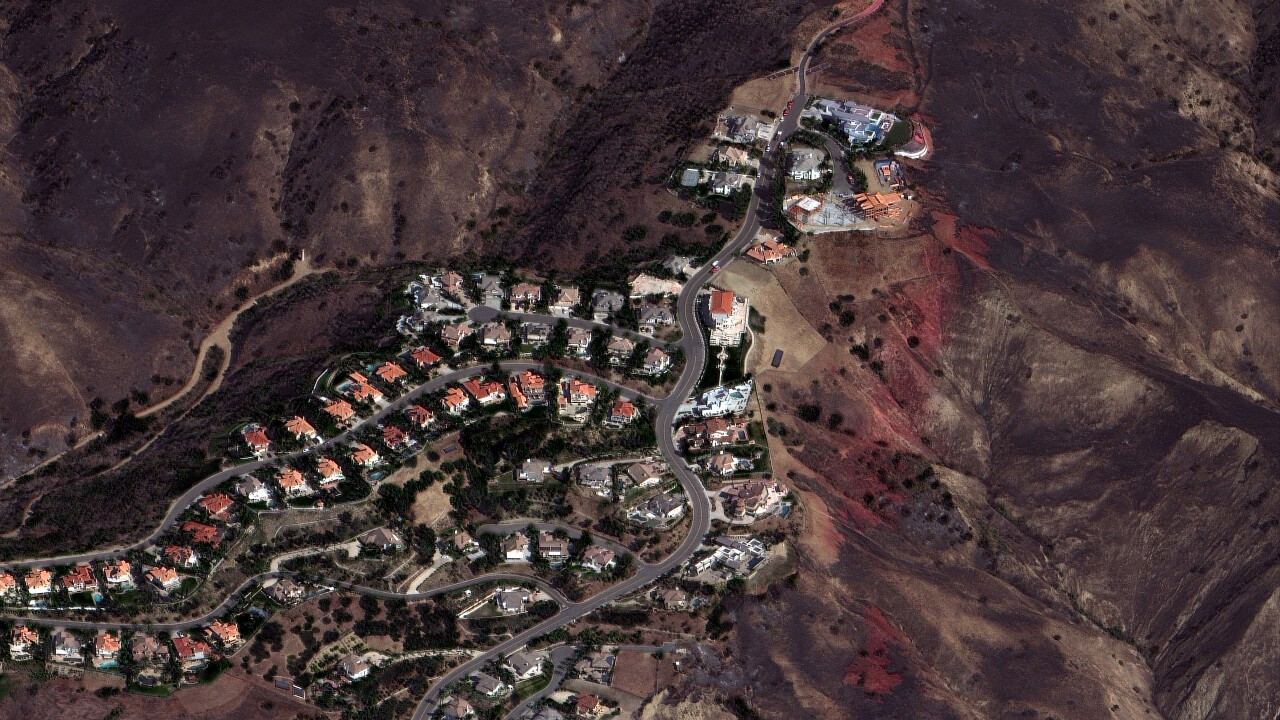 AP
In a photo provided by Maxar Technologies, slurry dropped against the Blue Ridge Fire leaves a red trail to the right of homes in Yorba Linda, Calif., Wednesday, Oct. 28, 2020.

A smoke advisory was issued following the two fires in Orange County's hillsides.

On Thursday, air quality remained unhealthy for sensitive groups across much of Orange and southern Los Angeles counties.

The fires prompted the evacuation of about 100,000 residents. Many were allowed to return home Wednesday after powerful winds subsided.

The Silverado Fire was 40% contained near Irvine, south of Los Angeles. Just to the north, the Blue Ridge Fire near Yorba Linda was 30% contained.