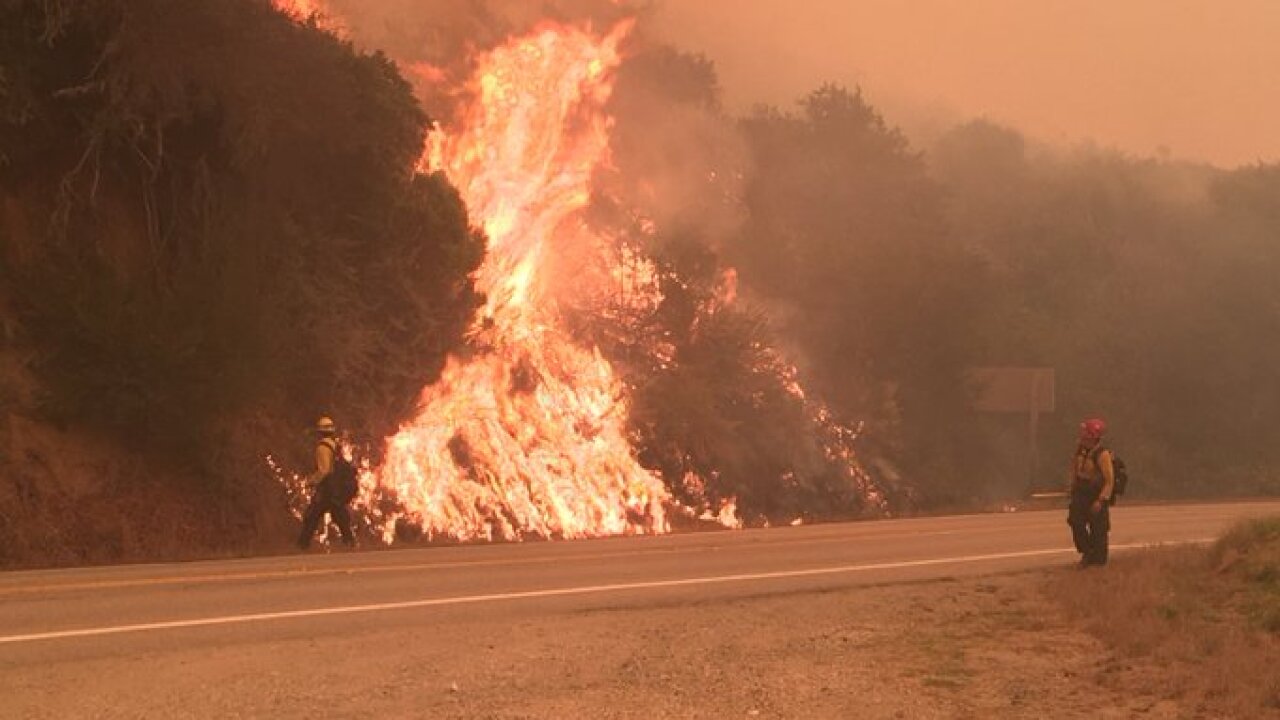 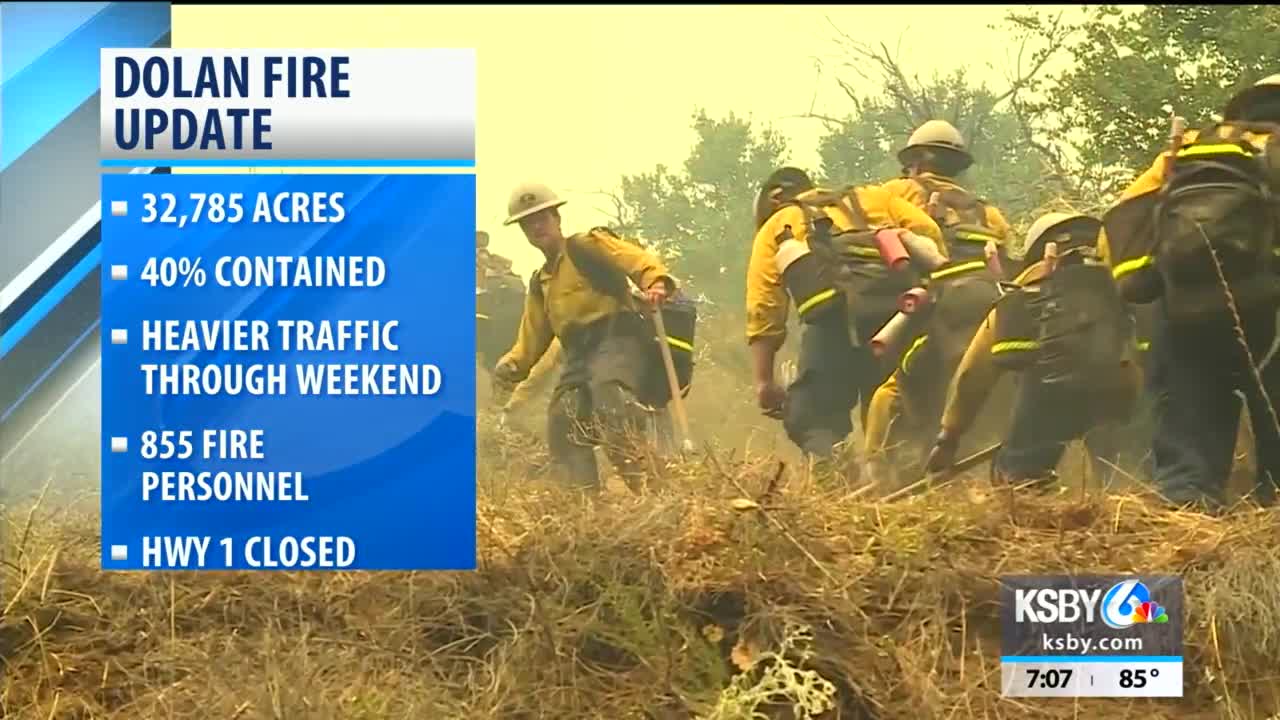 Los Padres National Forest officials said Saturday the Dolan Fire near Big Sur has grown to more than 32,000 acres and is 40 percent contained.

According to an update from the Los Padres National Forest, the fire is moving to the south and east within the Ventana Wilderness and grew by several hundred acres on Friday.

The Dolan Fire has reached the San Antonio Creek drainage and has grown eastward along the Santa Lucia Range, according to a news release.

As the Labor Day weekend begins, fire officials are warning motorists to anticipate "increased traffic in areas accessible by the public."

Fire crews are continuing to patrol Highway 1 for rolling debris and increased fire behavior, with helicopters available to support ground crews throughout the day.