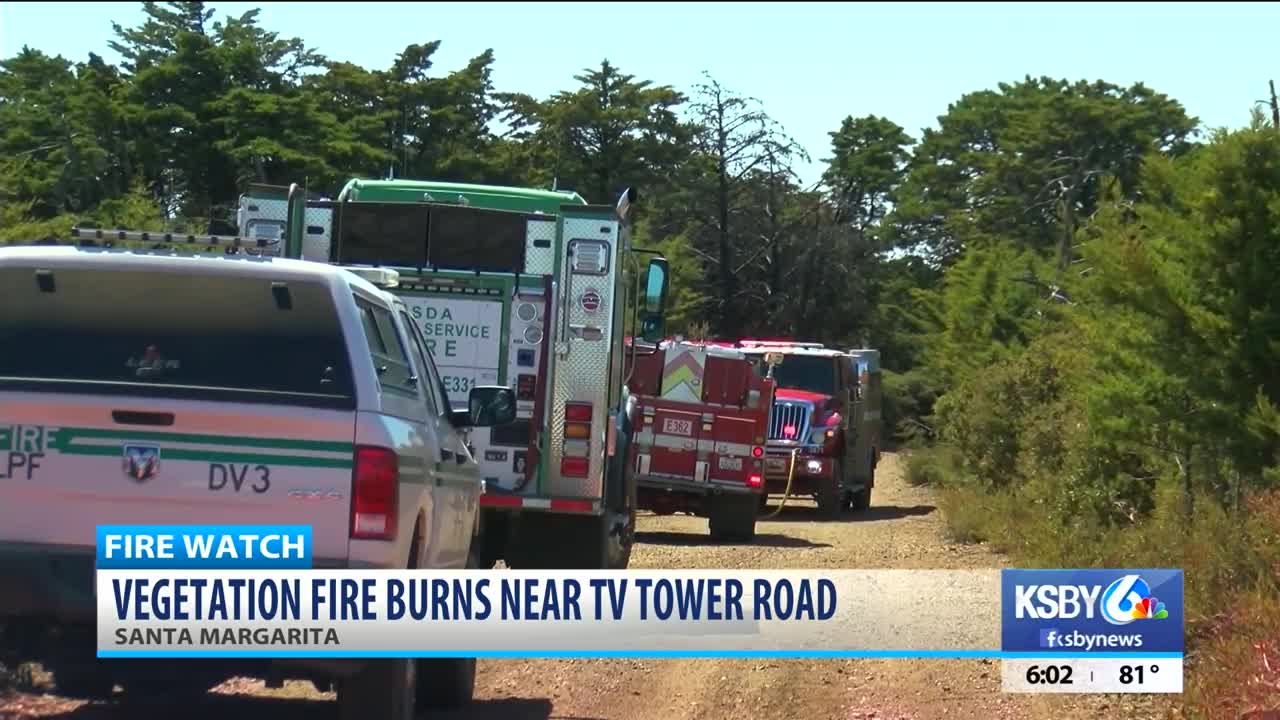 According to the PulsePoint app, fire crews received initial reports of the vegetation fire shortly after 1:30 p.m. near TV Tower Road.

The PulsePoint app shows as of 2:30 p.m., six units are on scene and two units are en route to the fire.

CAL FIRE SLO officials did not immediately respond to calls from KSBY News.

This story is developing and will be updated as more information becomes available.