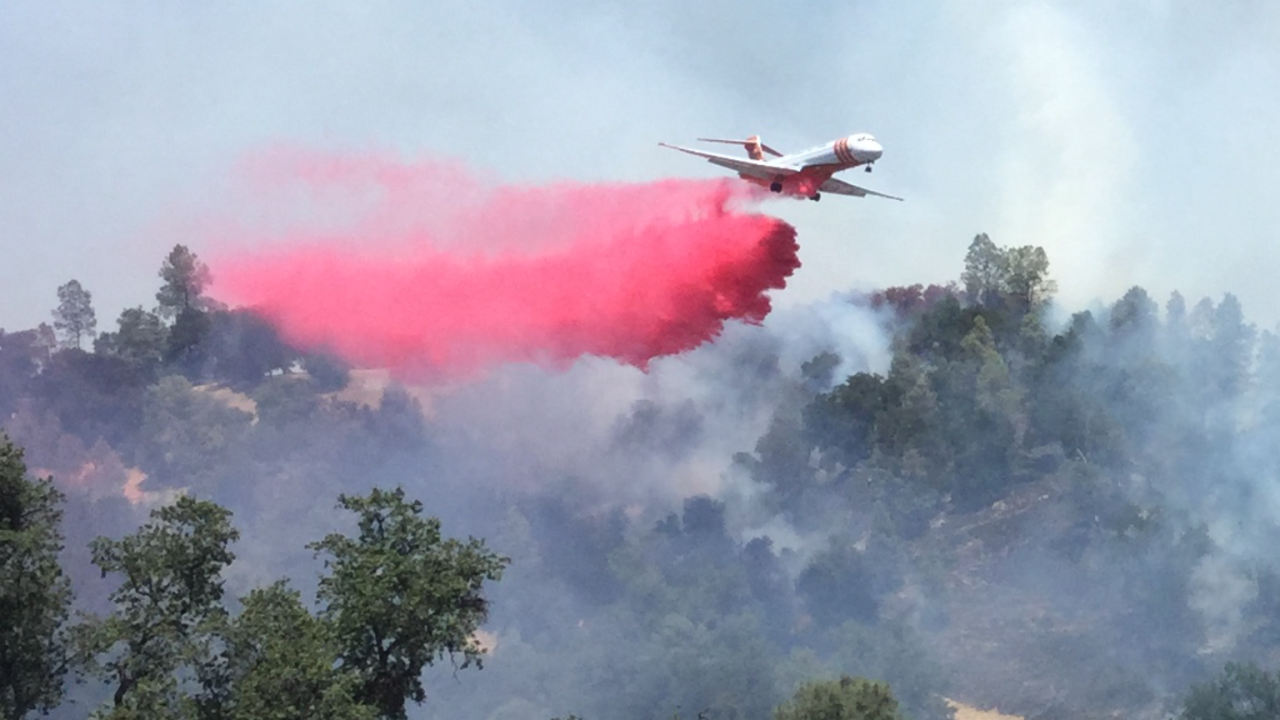 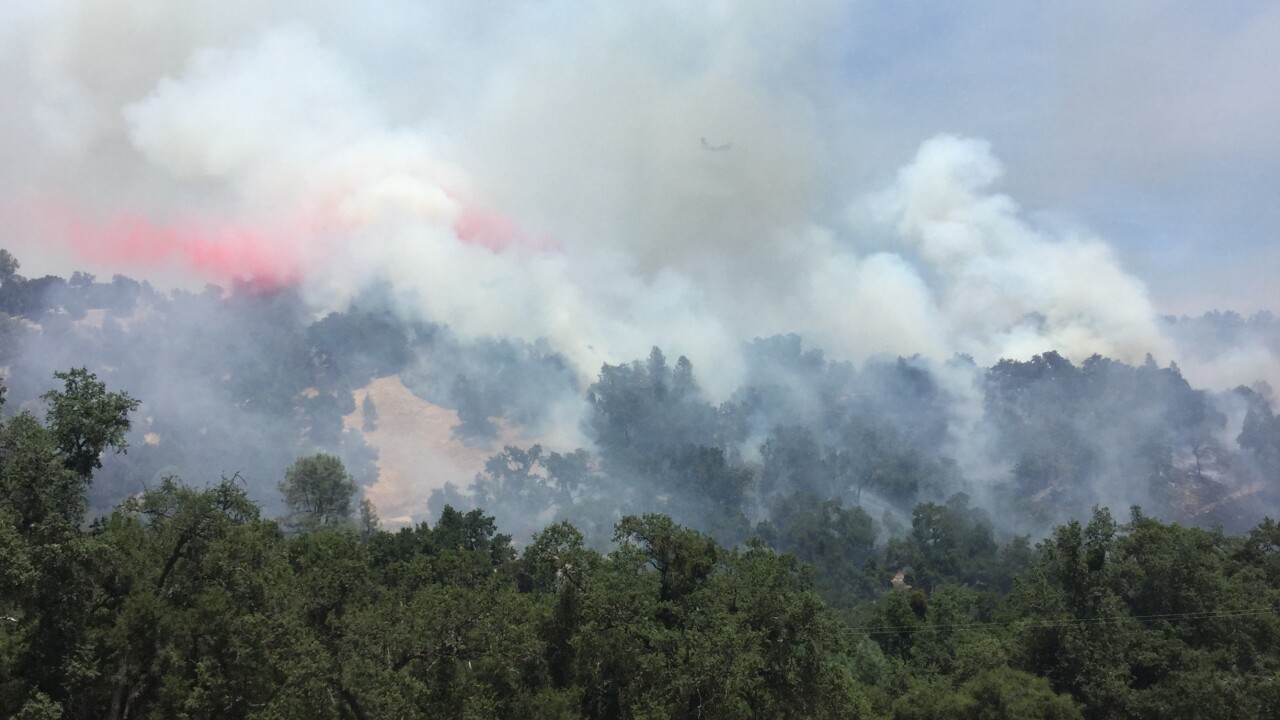 The fire burned 45 acres and two homes were saved by fire crews.

Four engines will remain on-scene overnight to mop up any hot spots.

The cause of the fire is still under investigation.
---
ORIGINAL STORY: CAL FIRE SLO is battling a brush fire that broke out around 2 p.m. near Lake Nacimiento Sunday afternoon.

The fire has burned at least 25 acres, but has a slow rate of spread, according to CAL FIRE SLO.

According to the California Highway Patrol Traffic Incident Page, there is a hard road closure at Running Dr. and officers are only letting cars out of the area.

Airtankers have been dropping retardant around the fire to create fire lines.

It is unclear if any structures are threatened.