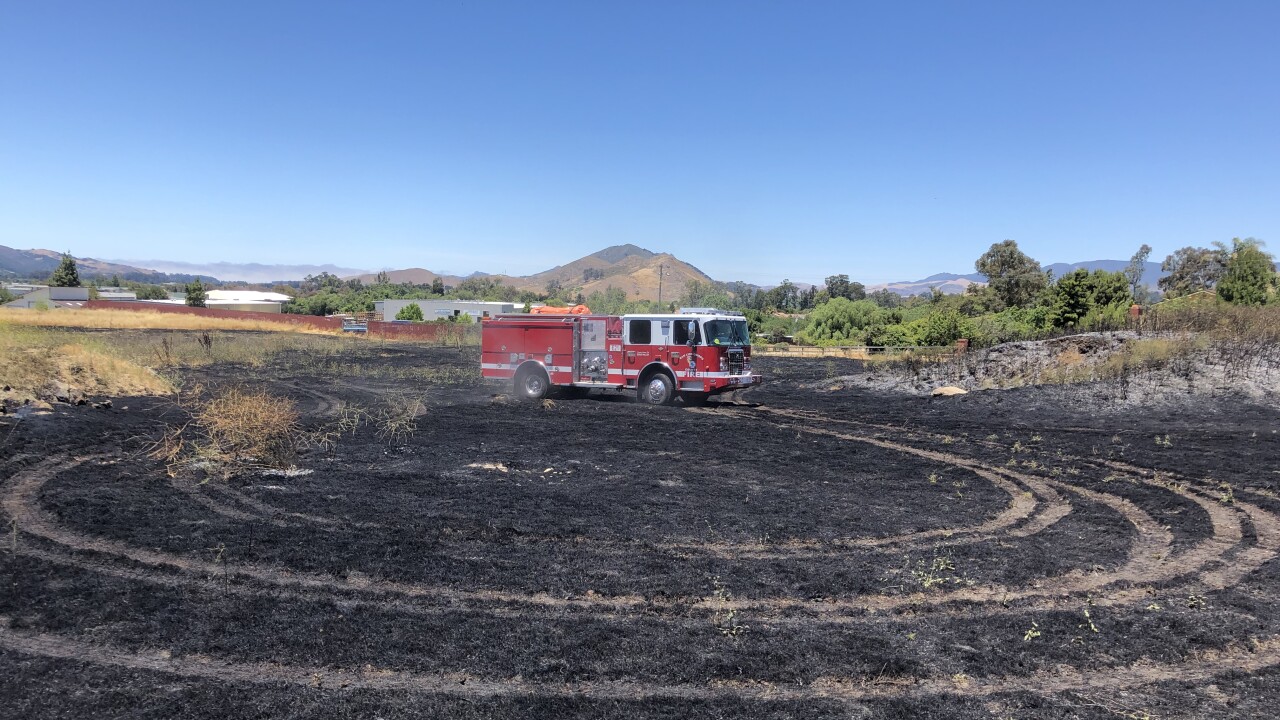 A vegetation fire broke out Sunday across from the San Luis Obispo County Regional Airport, according to CAL FIRE SLO officials.

Authorities say the fire was initially reported at 11:59 a.m. on the 1100 block of Farmhouse Lane in San Luis Obispo.

CAL FIRE SLO officials say the vegetation fire grew to be 2.8 acres. The fire threatened two structures, but did not damage any buildings.

Fire crews say there were no injuries.

The cause of the fire remains under investigation.