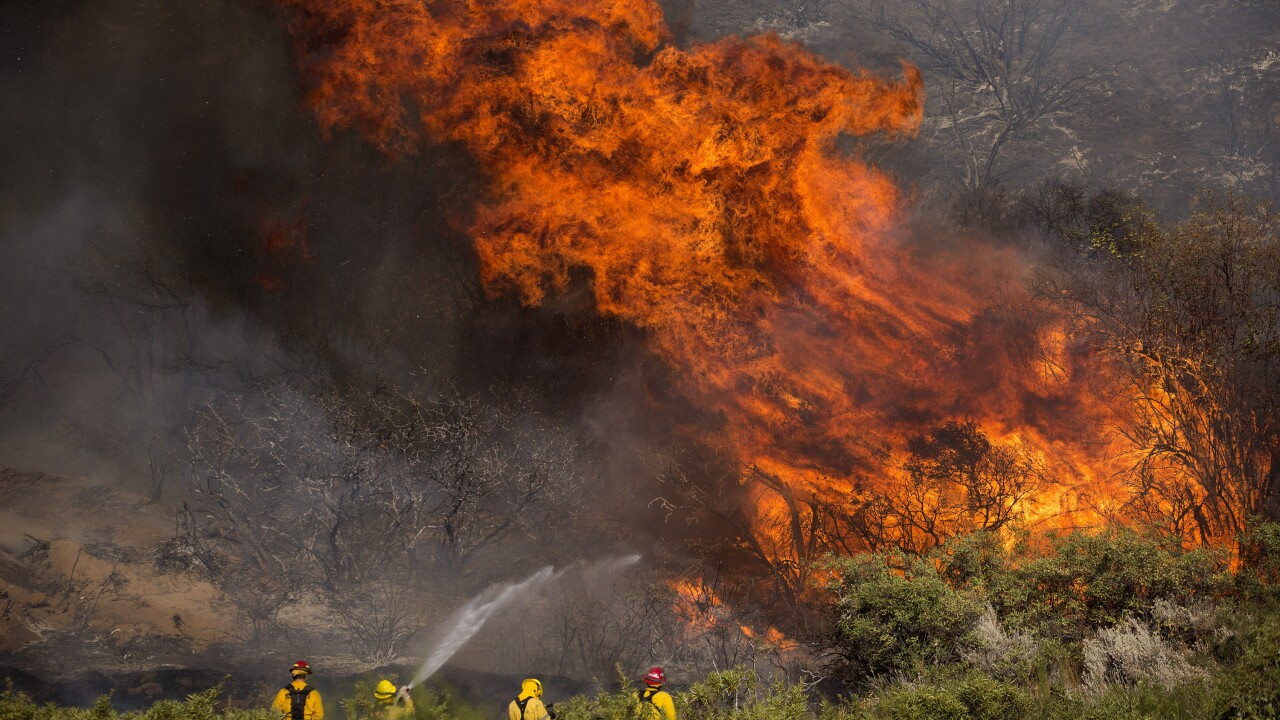 Authorities say a malfunctioning diesel vehicle sparked the first big Southern California wildfire of the year, which has forced thousands of people from their homes east of Los Angeles.

The blaze is raging for a fourth day and has burned one home.

It's one of several burning around the state amid sweltering temperatures.

Evacuations were ordered for a blaze in Colusa County in Northern California.

Another fire in San Luis Obispo County is 60% contained.