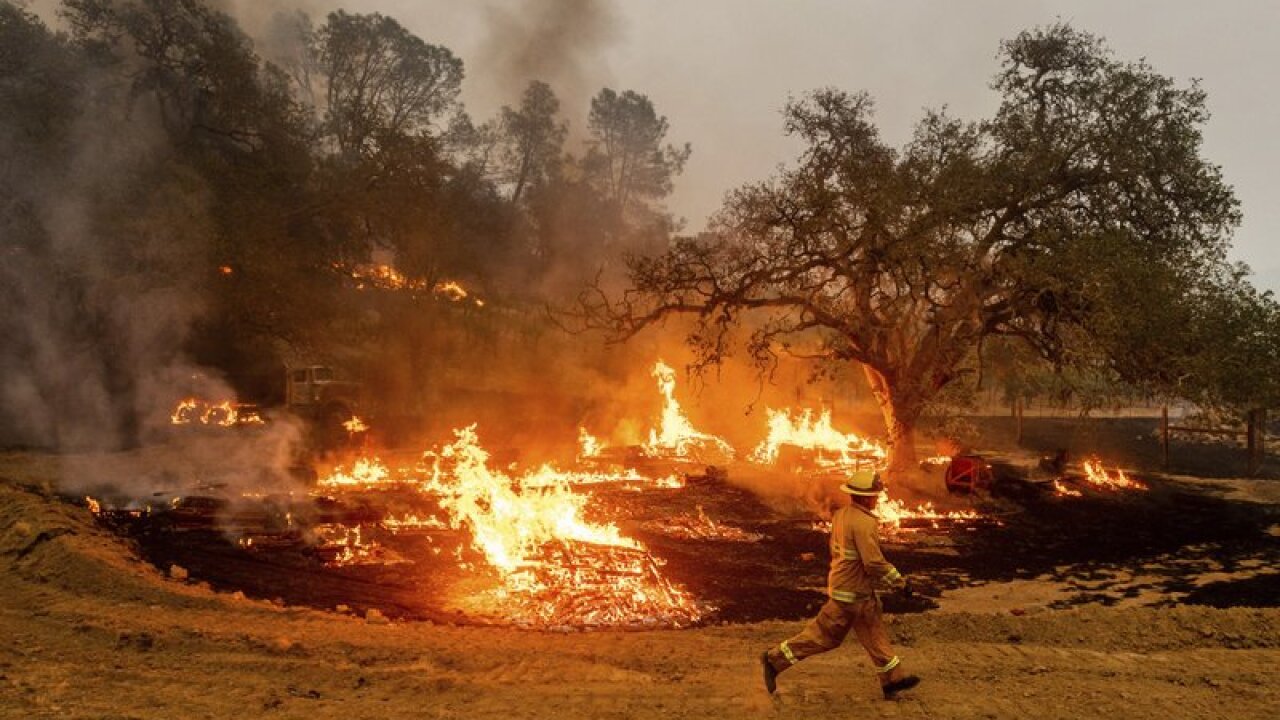 FILE - In this Oct. 1, 2020, file photo, a firefighter runs past flames while battling the Glass Fire in a Calistoga, Calif., vineyard. Cool weather and light drizzle in some places provided relief for firefighters working to increase containment of numerous wildfires across California on Saturday, Oct. 10, but the forecast for dry and warming conditions starting on Sunday signaled that the state's lethal fire season is far from over. (AP Photo/Noah Berger, File)

SAN FRANCISCO (AP) — Cool weather and light drizzle in some places provided relief for firefighters working to increase containment of numerous wildfires across California on Saturday, but the forecast for dry and warming conditions starting on Sunday signaled that the state’s lethal fire season is far from over.

Several of the wildfires were over 95% contained, but full containment likely won’t be reached without rain, the California Department of Forestry and Fire Protection said.

But the prospect of significant weekend rain was fading, and the National Weather Service said a high-pressure system is expected to grow starting Sunday, bringing dry, warm conditions, with potential winds, through the week.

The forecast led Cal Fire to remind residents that the state historically experiences some of the most devastating wildfires in September and October.

“Do not let your guard down!” the department urged Saturday.

More than 8,400 wildfires have scorched well over 4 million acres (16,187 square kilometers) since the beginning of the year. There have been 31 fatalities and more than 9,200 structures have been destroyed.

Most of the loss has occurred since a mid-August blitz of lightning-ignited fires in northern and central sections of the state amid withering dry heat. Several large fires have burned in Southern California.

More than 13,800 firefighters were on the lines of 21 major wildfires Thursday, Cal Fire said.