Wind a risk as California fires keep tens of thousands away 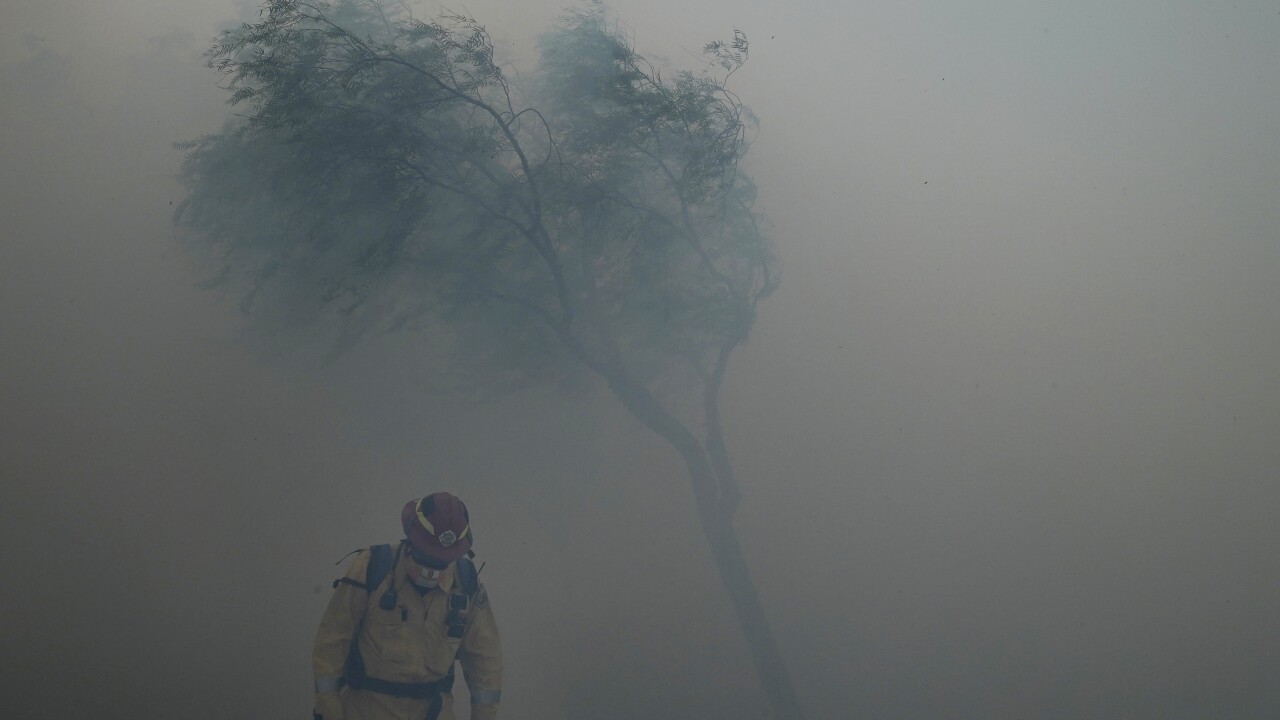 (Copyright 2020 The Associated Press. All rights reserved. This material may not be published, broadcast, rewritten or redistributed.)
Jae C. Hong/AP
A firefighter braves gusty winds as heavy smoke from the Silverado Fire fills the air, Monday, Oct. 26, 2020, in Irvine, Calif. A fast-moving wildfire forced evacuation orders for 60,000 people in Southern California on Monday as powerful winds across the state prompted power to be cut to hundreds of thousands to prevent utility equipment from sparking new blazes. (AP Photo/Jae C. Hong)

Crews are trying to beat back two out-of-control wildfires in Southern California that have kept tens of thousands of people out of their homes.

Another round of dangerous fire weather Tuesday is raising the risk for blazes across the state.

Fierce winds that drove the twin fires a day earlier in Orange County are expected to pick back up — although not to the earlier extremes.

Southern California Edison reported to regulators it's investigating whether its equipment might have sparked the larger of the two fires near the city of Irvine.