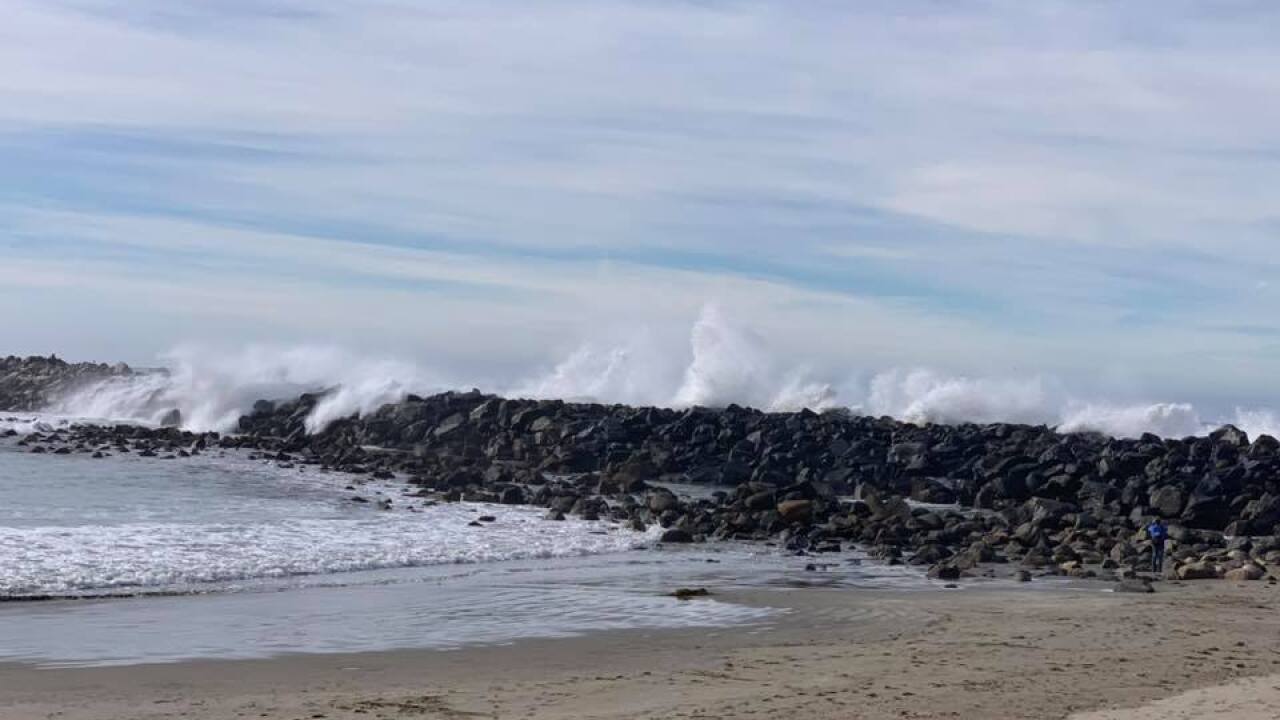 The high surf persists along the Central Coast, where the advisory issued Tuesday has evolved into a warning.

Breaking waves are expected to be 15 to 20 feet tall and swimming is considered dangerous. The risk of drowning is exceptionally high due to the strong rip current.

The surf warning should expire by Thursday afternoon.

Clear to partly cloudy skies are forecast for the Central Coast through next Tuesday.

Moderate to strong winds are expected Wednesday night through Thursday before backing off somewhat.

Another round of moderate to strong winds are possible Friday night through Monday, though, as the Central Coast becomes sandwiched between an upper level low and an upper level high air mass.

Temperatures will remain around normal Wednesday before dropping a little lower on Thursday.