UPDATE: The crash was cleared by 9 a.m.

According to CHP, the crash happened at about 6:30 a.m. near the N. Tefft St. offramp. An ambulance wa 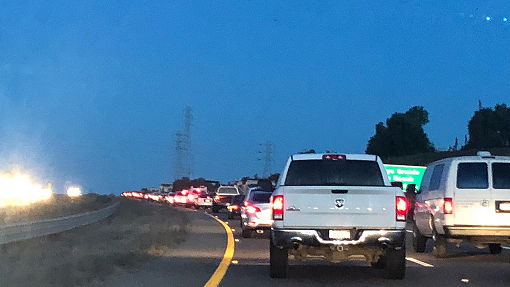 s sent to the scene but the extent of any injuries is unclear at this time.

Just after 7 a.m., officers reported the involved vehicles had been moved off to the righthand side of the highway. However, drivers say traffic remains slow through the area.

Both lanes of the highway are open but drivers may want to allow for extra time as the crash scene is cleaned up.