Crews in southern Santa Barbara County are working around the clock to prevent potential flooding as a storm system moves into the area.

Emergency officials say the area was hit with more rain than expected Thursday morning, wiping out the work done by crews to clear debris basins in the area.

“As a result, we had a lot of flow and debris that came into our debris basin. We had just finished clearing those basins out from a storm over a week ago, so we’re starting all over again,” said Tom Fayram, the Santa Barbara County Public Works Director.

An army of trucks lined up Thursday to transport mud and debris out of the basins. That will continue until Friday evening, as long as the conditions are safe. 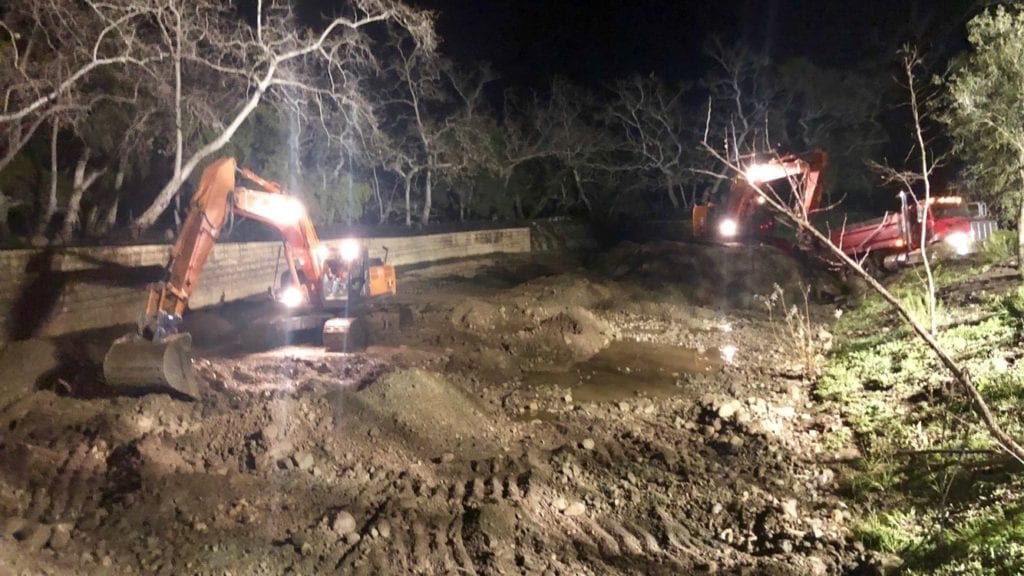 “How this rain comes will be the deciding factor for us, but with a storm coming on the heels of what we just had, it’s something we should all take seriously, and we’re taking seriously. That’s why we’re going to be working throughout the night,” said Fayram.

Contractors and county crews are working in more than 70 trucks at four different basins.

Residents can visit READYSBC.org to see if their home is in a potential debris flow area.

In January of 2018, 21 people were killed when a heavy storm dumped more than a half-inch of rain on the Montecito area in about 15 minutes, causing a large debris flow. Hundreds of homes were destroyed or damaged. Two people who were swept away were never found.