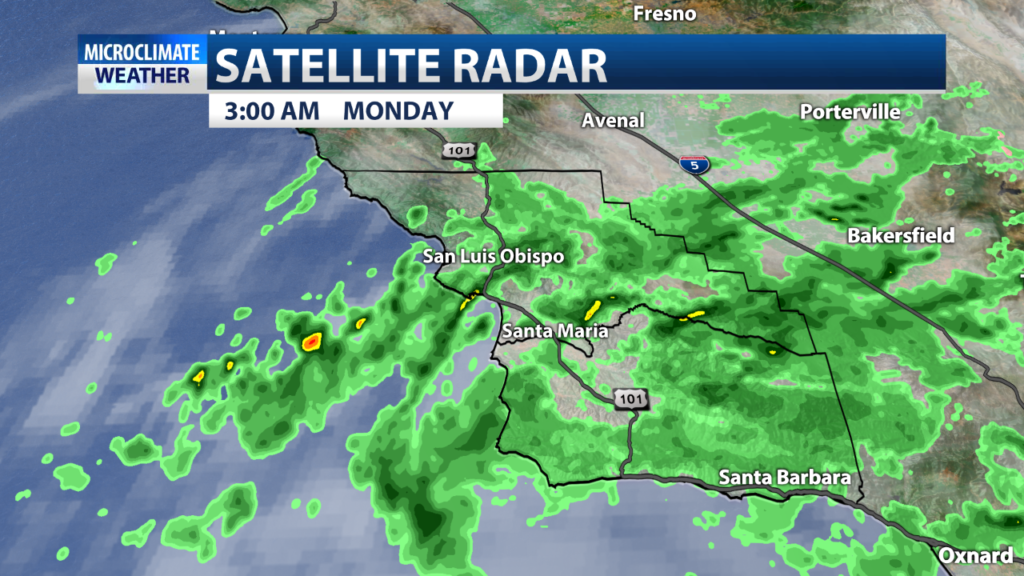 Just before 3:00 a.m., thunder, lightning, and brief, heavy downpour activity was reported from Pismo Beach to San Luis Obispo.  As of 3:15 a.m., most areas in Santa Barbara and San Luis Obispo Counties were reporting less than .10” of rain. More rainfall is in the forecast through for Santa Barbara County’s south coast through the early afternoon hours.

The heaviest showers and isolated thunderstorms were occurring from Pismo Beach to San Luis Obispo. Overall, rainfall totals have been fairly light. As the upper low continues to push east, showers will affect areas mostly S of Point Conception by this afternoon. #cawx #LArain pic.twitter.com/3l4lxpgv5k