An upper-level low system is moving towards the Central Coast from the southern Sierra Nevada.

A low pressure system will bring a chance of showers and thunderstorms through the weekend. Rainfall will vary from 0.1-0.5" over coast/valleys to 0.5-2" over mtns. Possible impacts: localized roadway flooding and travel delays. #SoCal #CAwx #LArain #LAweather pic.twitter.com/Z3WSM0zyQn

Weather models are indicating much of the rain activity will pick up right around the afternoon over much of the mountains and foothills in Santa Barbara County. However, that doesn’t mean other areas won’t receive some of the rain. The coastal Valleys and beaches in San Luis Obispo and Santa Barbara Counties will likely continue to have off and on showers through Saturday evening, particularly along the south coast. There is also a chance of thunderstorms Friday.

Rainfall prediction maps are not completely lining up, which means rainfall for the area will vary. The mountains and foothills will see the most of this system, with totals from at least 0.50’’ to as much as 2.00’’. This includes the mountains and foothills in Santa Barbara County. For the coastal valleys and beaches, we’re not expecting as much rain with predicted totals from 0.10’’-0.50’’. As of 4:00 a.m., weather models weren’t showing much of a chance for measurable rainfall in Cambria and Cayucos, which could mean very light rain totals for the North Coast. 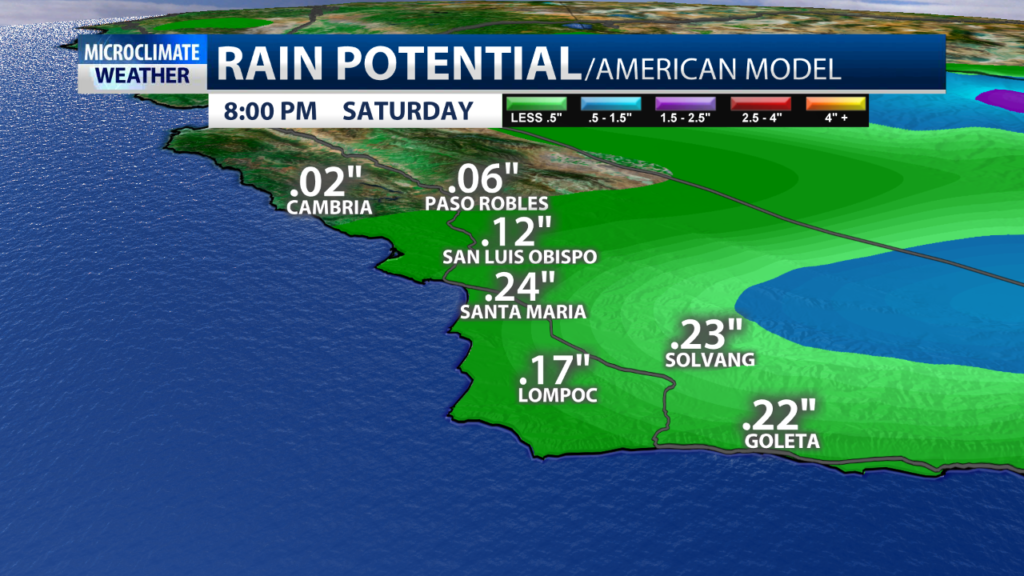 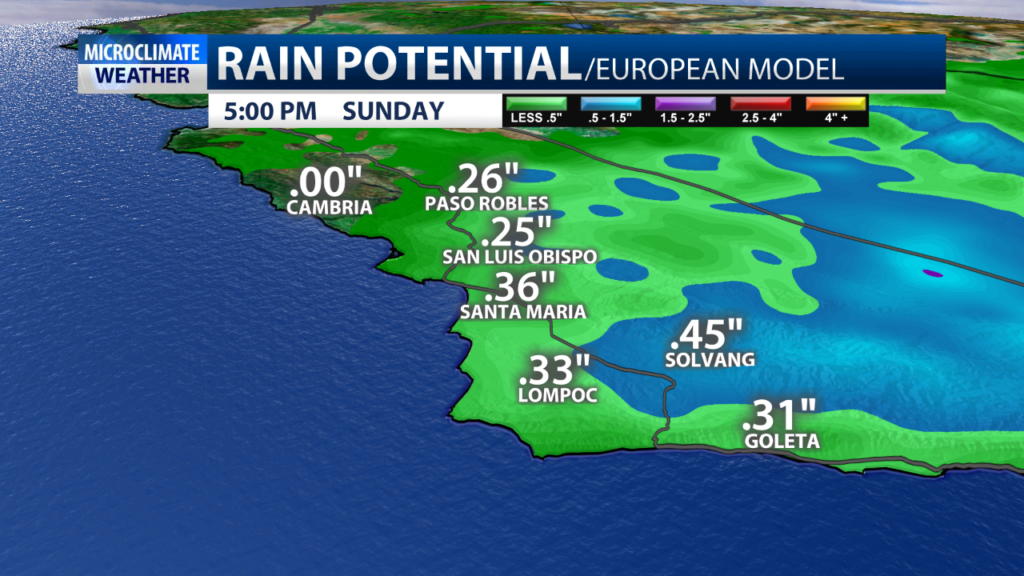 Mother’s Day is shaping up to be nice. Daytime highs for the coastal and interior valleys will range from the low 70s to low 80s, and temperatures at the beaches will be near the mid to upper-60s with mostly sunny skies.