Foggy start to the weekend

The Fourth of July firework shows at the coast seemed to go off without a hitch Thursday night. Most of the marine layer and cloud cover that was a concern didn’t make its way to the coast until after most of the shows were over. 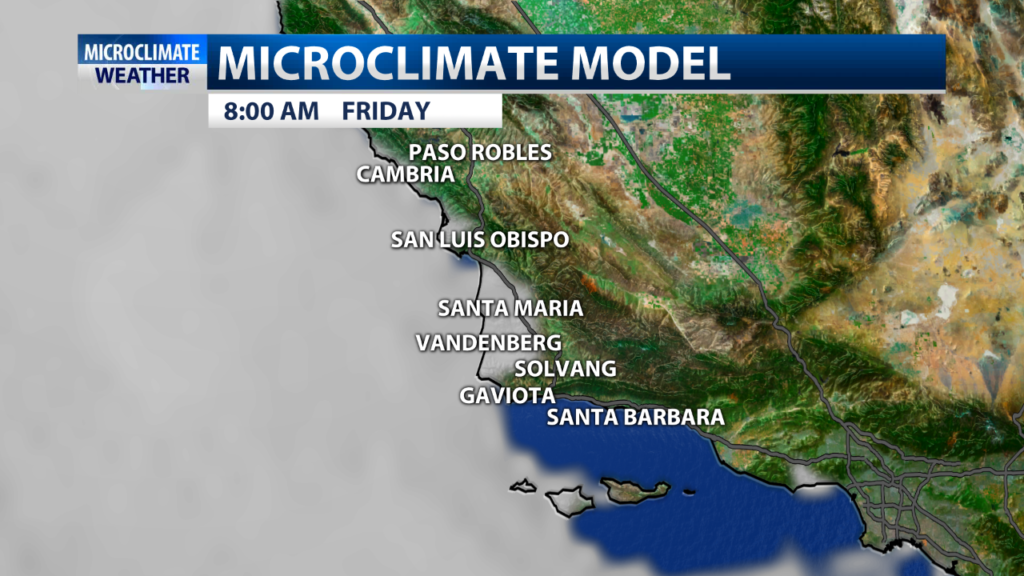 The fog that swung in over the area late Thursday still remains Friday morning. Weather modeling is showing that some of that marine layer could linger along the coast through at least late morning, keeping daytime highs from the mid to upper 60s. As for the coastal valleys, temperatures there will be right around the mid-70s, and the interior valleys will range from the upper 80s to low 90s. 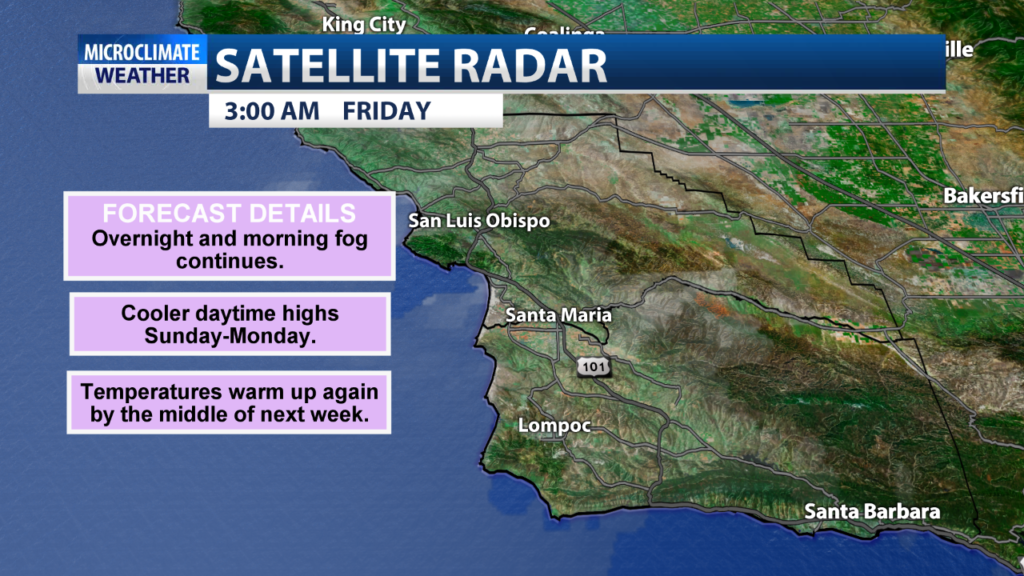 Looking ahead to the weekend, a trough of low pressure will cool daytime highs down Sunday-Monday. Parts of the interior valleys will go back down to the mid-80s and the coastal valleys will stay close to the low 70s. There won’t be much change in temperature at the coast until the middle of next week, which is when a ridge of high pressure will start to build over the state, bringing temperatures into the 70s. 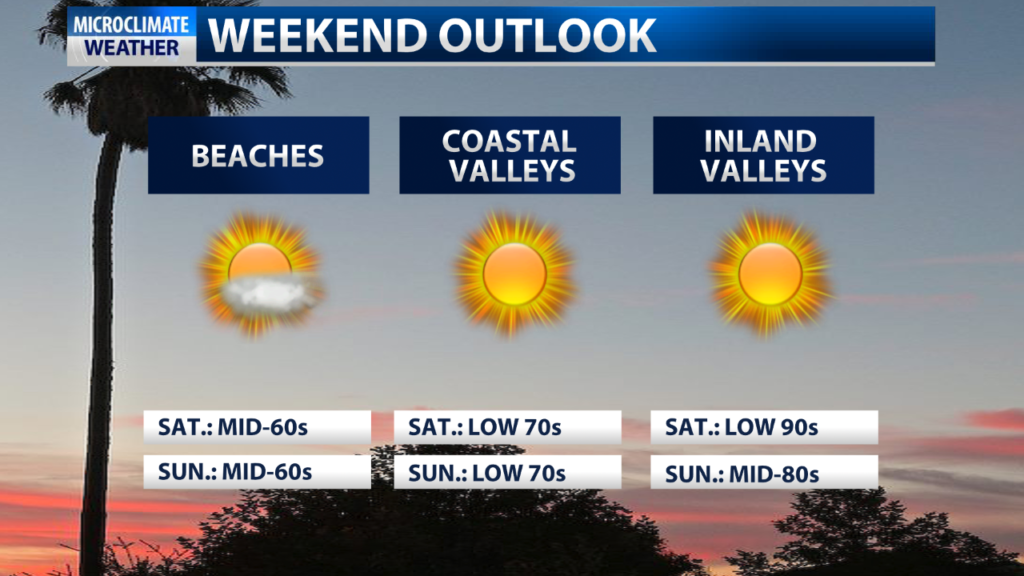