Another hot day is on tap for the Central Coast Wednesday.

A heat advisory has been issued for the interior valleys, mountains, and foothills for both San Luis Obispo and Santa Barbara Counties as temperatures will range from the upper 80s to 105 degrees. Warmer temperatures are expected to stick around well into the evening. By 9 p.m., the temperature in Paso Robles is going to be close to 80 degrees. 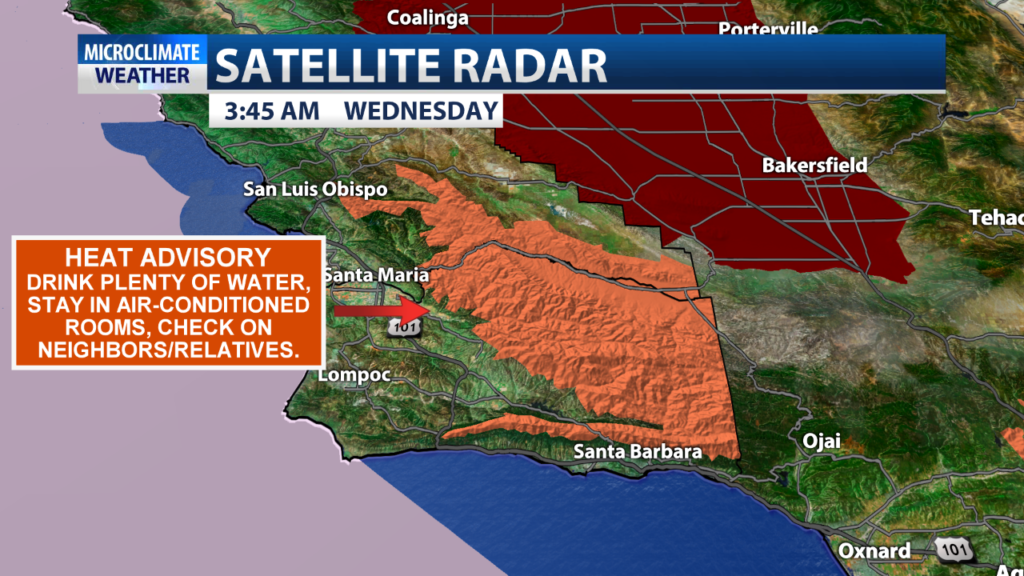 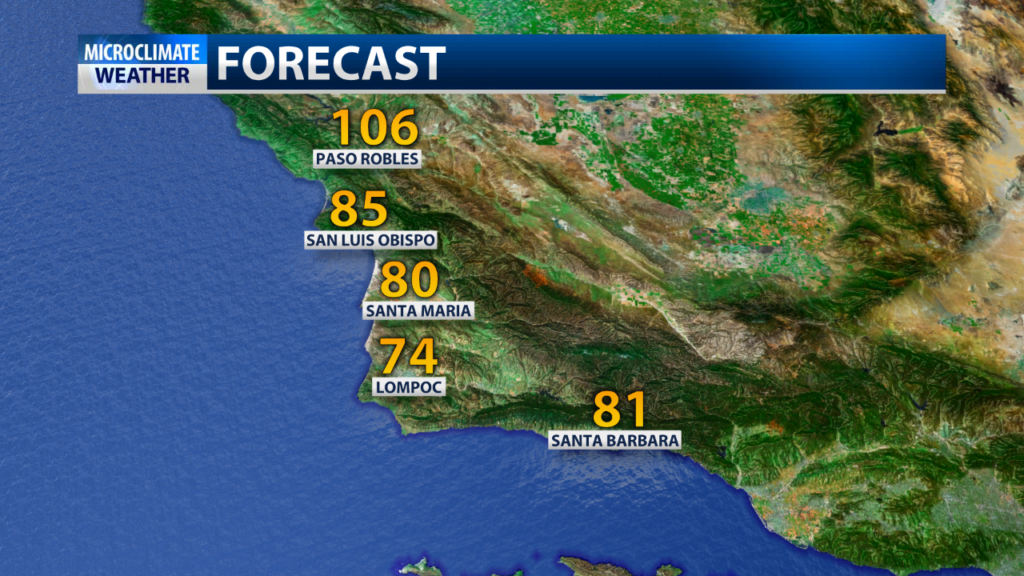 Northwesterly winds will be breezy along the coast, but slightly gusty with potential to reach 20 miles per hour for the interior valleys.