The triple-digit heat still remains in the interior valleys, although, it will technically be cooler Thursday compared to Wednesday’s conditions. Muggy conditions will be fairly widespread by the afternoon with increase mid to high-level cloud cover from the coast to the interior valleys. 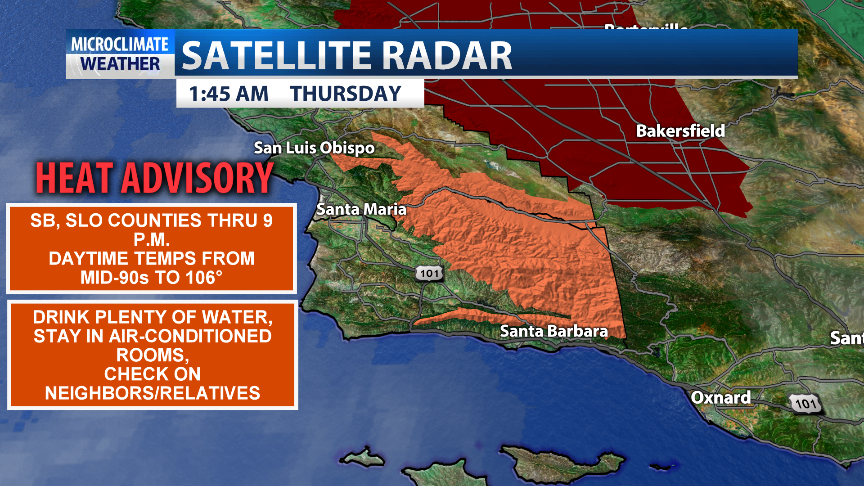 Another heat advisory has been issued for the interior valleys, mountains, and foothills in San Luis Obispo and Santa Barbara Counties, where daytime highs are expected to reach triple digits. The advisory will remain in place through 9 p.m. Thursday. 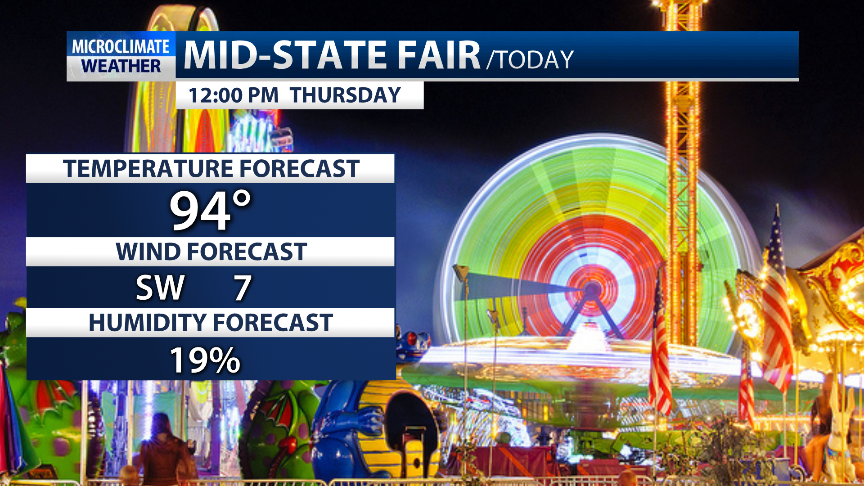 Daytime highs for the coastal valleys will remain from the upper 70s to the low 80s with partly cloudy skies. At the coast, there will be some cooling but temperatures are still expected to range from the upper 60s to low 70s. 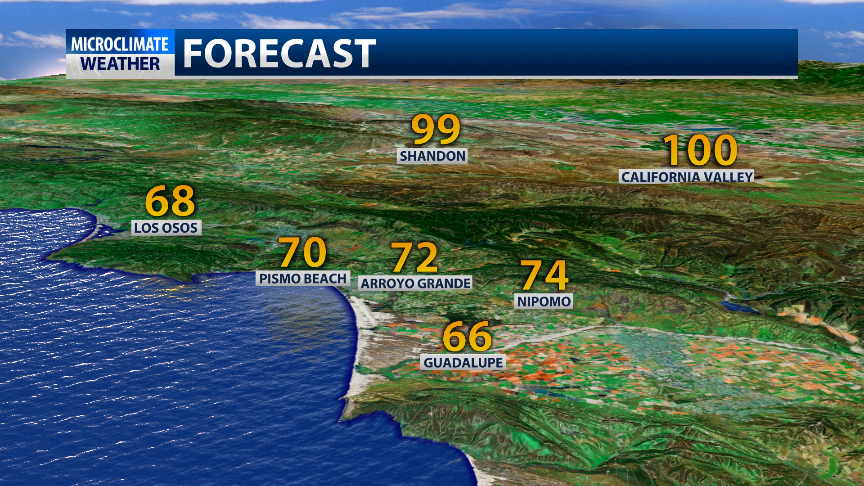 Winds will start to decrease Thursday and be close to 10 miles per hour but could reach 25 mph at their peak. Some areas across the Central Coast that can expect these breezy conditions include Paso Robles and San Luis Obispo, but wind speeds should slow down close to 9 p.m.