Foggy morning at the coast, daytime highs for the inland valleys near triple-digits

This week has been a hot one for the inland valleys, and the warm conditions will continue. Unlike the previous days, a heat advisory has not been issued for the mountains and foothills in San Luis Obispo and Santa Barbara Counties, however, daytime highs will still get fairly close to triple-digits. For the most part, inland temperatures will be right around the mid to upper 90s with the exception of areas like California Valley and San Miguel expecting to break 100 degrees. 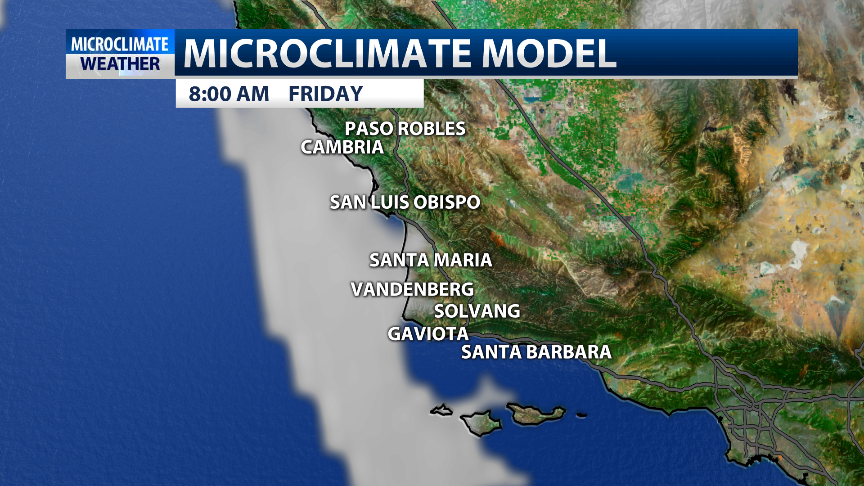 The coastal valleys will have daytime highs from the upper 70s to mid-80s with mostly clear skies. Out at the coast, expect a cooler morning with increasing marine layer that could linger through early afternoon. Temperatures at the beaches will range from the low 60s to low 70s, with cooler conditions in Morro Bay. 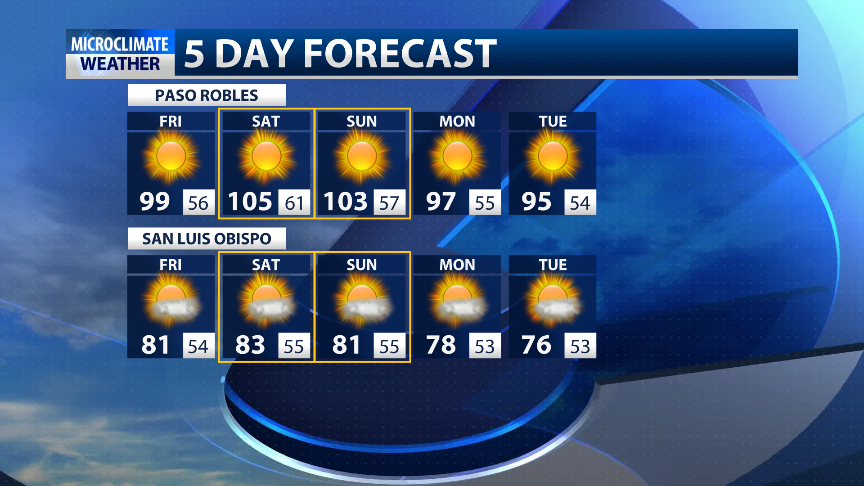 The wind forecast looks mild throughout the morning, but by the afternoon winds could reach 15-20 miles per hour.