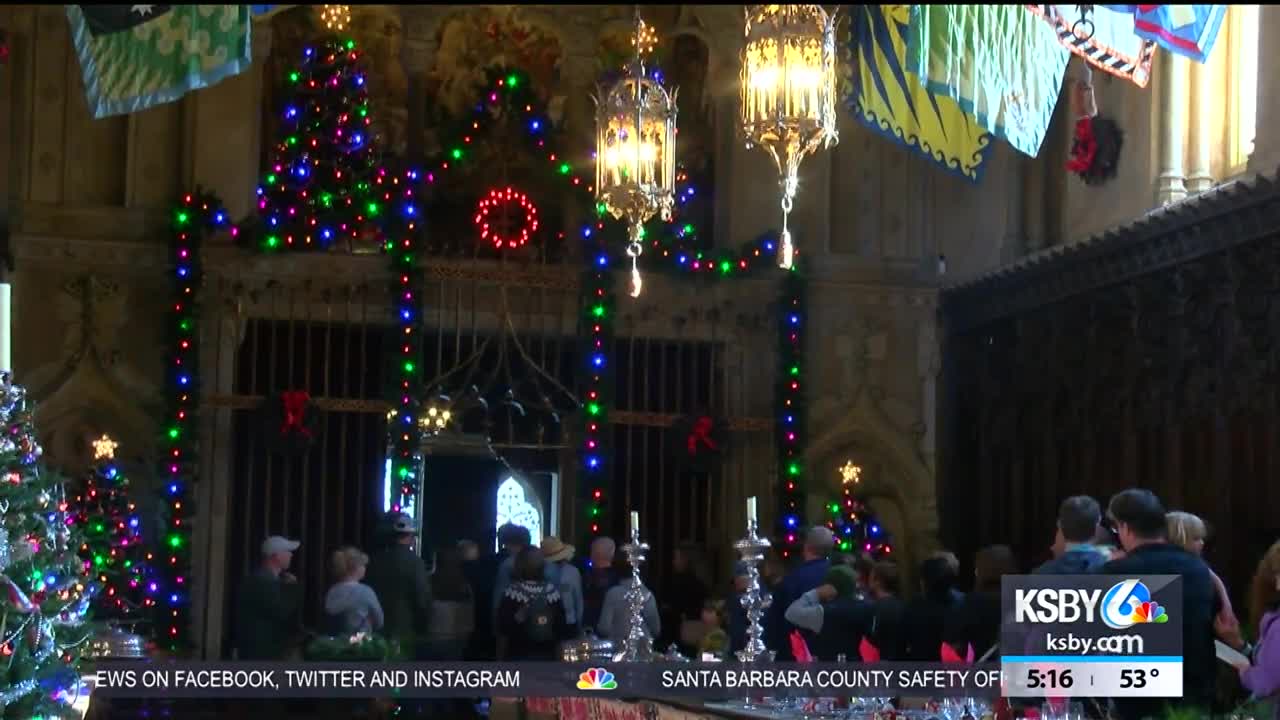 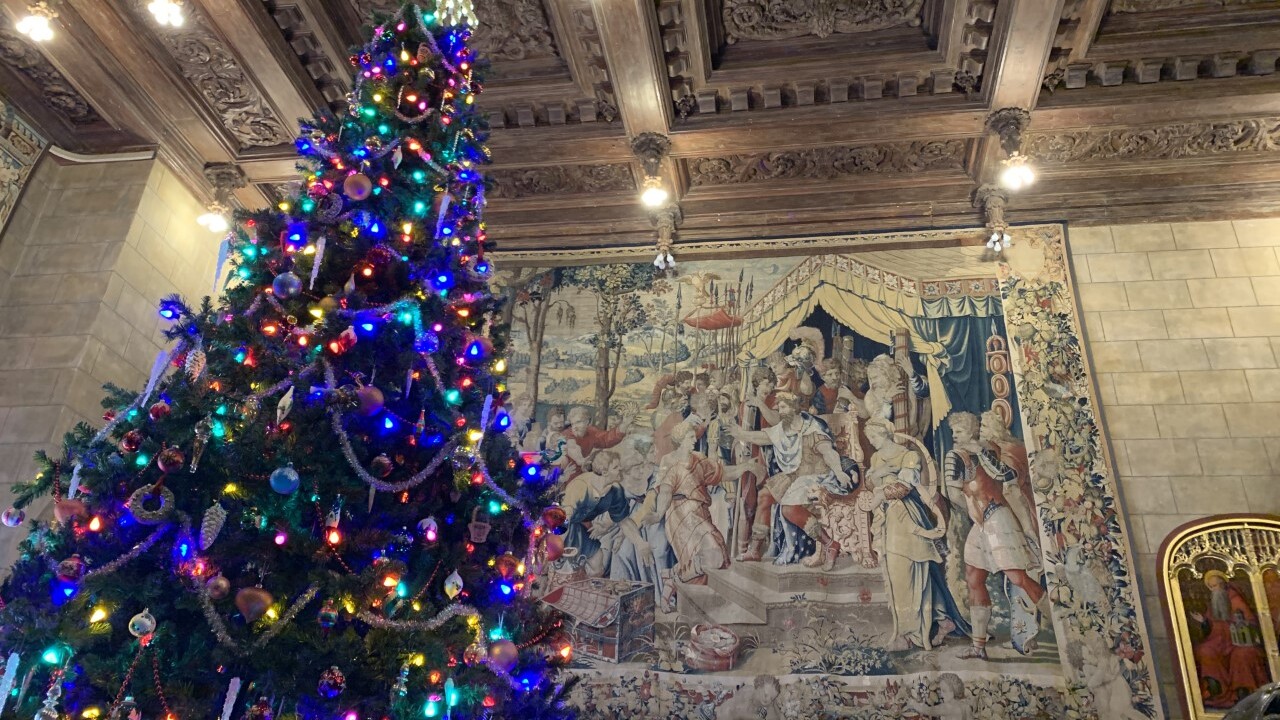 Decking the halls takes on a whole new meaning when you're decorating William Randolph Hearst's castle.

"We decorated the house just like William Randolph Hearst used to decorate," Fletcher said."[Hearst] used to have two really large Christmas trees on either side of the room. One was a boys tree, one was a girls tree so presents for boys or girls at each side. People who were visiting could always come and pick out actually two presents per person. He was very generous with his guests."

"You might come in and find a present on your plate, waiting for you to unwrap when you arrive," Fletcher said.

Docents say Hearst loved to entertain, especially at the holidays. Decorations in the 1920-30s were focused on sprucing up the interior of the home, not hanging lights on the exterior of the property like many people do today.

Who got to celebrate the holidays Hearst-style? Fletcher says guests were not always rich and famous but merely anyone Hearst found to be interesting.

In the movie theater, instead of showing the video shown on regular tours, visitors will watch Bing Crosby sing "White Christmas."

At 75 minutes long, Fletcher says the Holiday Twilight Tour shows visitors more of the castle than the regular daytime tours and gives people a look at what it was like to attend a Christmas party at Hearst Castle.

"Plus, if you've never been [to Hearst Castle] at night, the place takes on a whole new life especially with the docents acting like the visitors," said Fletcher. "You actually get to see, I think, more detail inside the rooms at night when there is no glare coming in through the windows."

Fun fact: guests struggling to come up with a Christmas gift for the man who could have anything were often advised to give Hearst a box of See's Candy. Fletcher says Hearst was known for his sweet tooth and love of chocolate.

The Holiday Twilight Tour is offered on select night through Dec. 30. Tickets may be purchased online in advance.