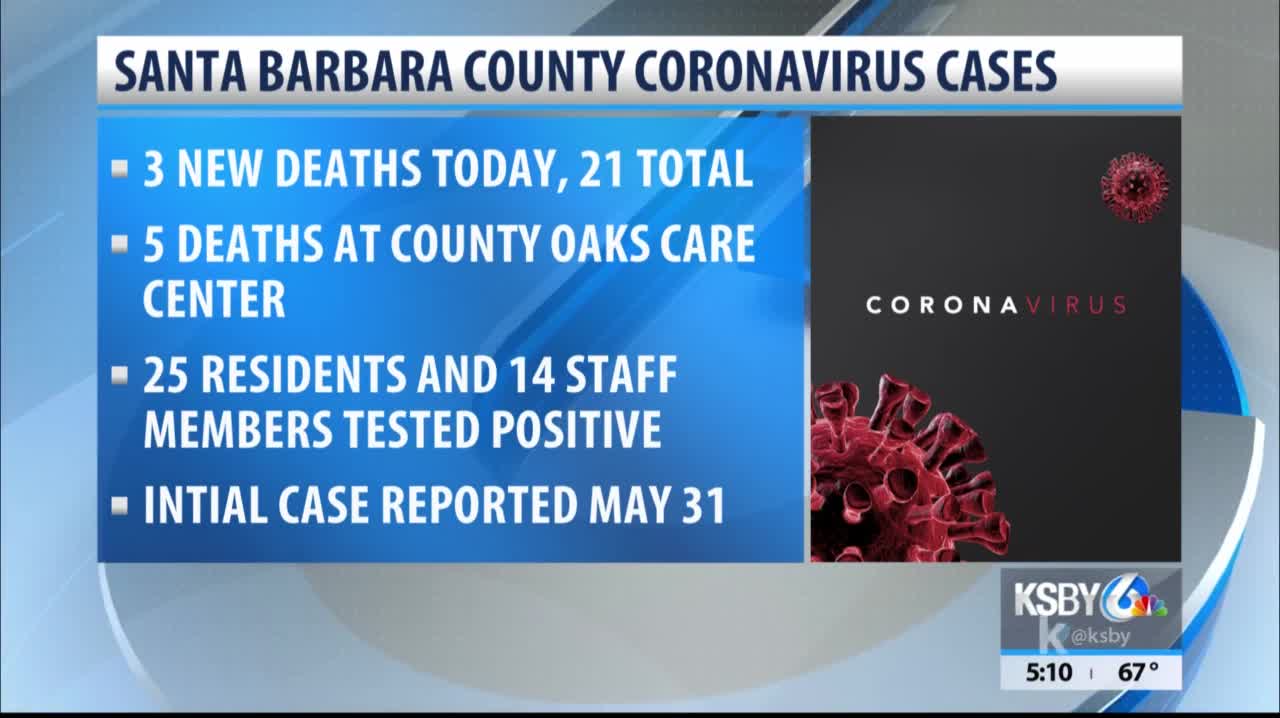 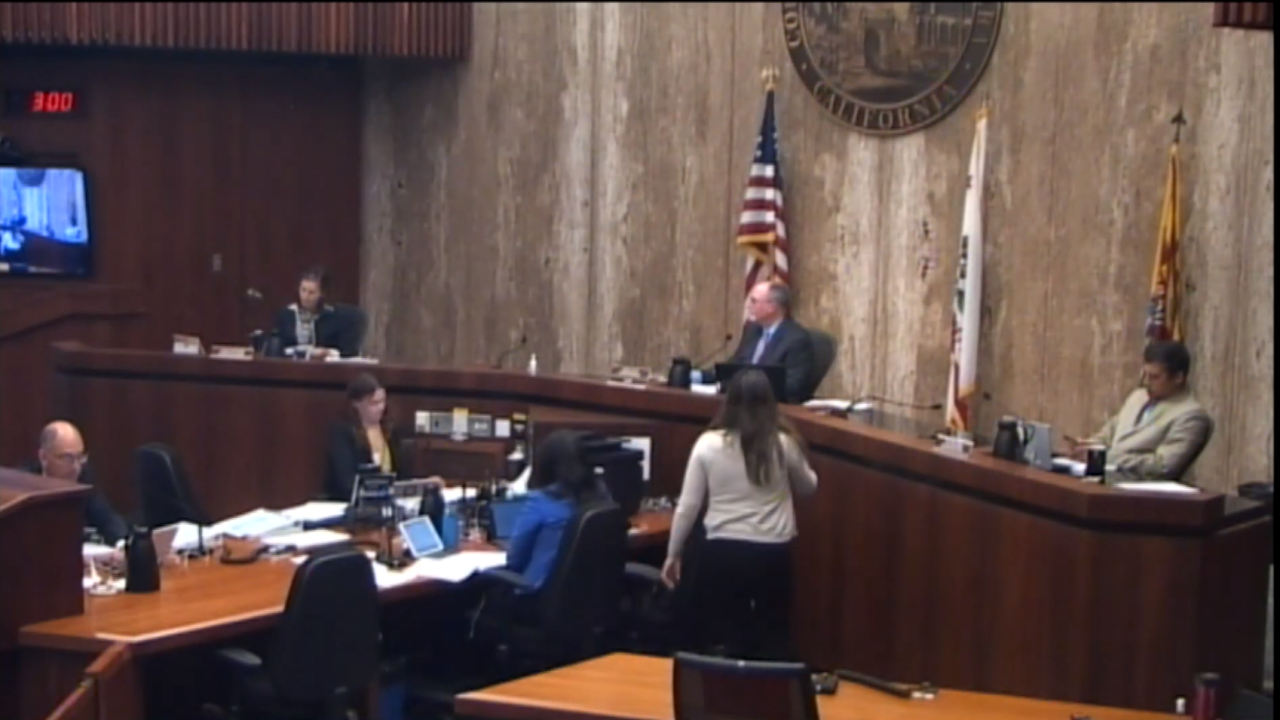 The person is a Santa Maria resident in their 60s and had underlying health conditions, according to the health department.

The death, which marks the 22nd in the county since the start of the pandemic, is not related to the Country Oaks Care Center outbreak.

There are now 2,115 confirmed COVID-19 cases in Santa Barbara County with 1,777 of those fully recovered, according to health officials.
---

ORIGINAL STORY: A total of 21 people have died due to COVID-19 complications in Santa Barbara County.

Health officials reported three additional deaths on Tuesday during the county's board of supervisors meeting.

Five of the 21 total deaths are affiliated with Country Oaks Care Center, a skilled nursing facility in Santa Maria.

Currently, 25 residents and 14 staff members that tested positive for COVID-19 have been reported. The initial case was reported May 31.

"Public health department has been working closely with the facility as well as various state agencies on disease mitigation and supporting ongoing operations," officials stated in a press release.

“Over the next week, the Healthcare-Associated Infections Program will work to provide additional infection control training to staff at County Oaks Care Center,” stated Paige Batson, Deputy Director for Community Health. “These measures will be critical to ensure the health and safety of both residents and staff moving forward.”

Tuesday's meeting provided more details on the coronavirus and demographics it has affected.

Statistics show it has disproportionately hit the Hispanic and Latino community with 68 percent of all cases. They represent slightly less than half the population in the county.

In Santa Maria, they also represent 90 percent of cases. Whites account for only four percent.

The county has also experienced a 31 percent jump in the three day average of hospitalizations, a status that pushes the county past the state guideline threshold.

"[We're] probing to see what were those admissions," Dr. Van Do-Reynosos, public health director, said. "Were they Santa Barbara County? Were they out of county? So we will be in conversation with the state and we will be monitored until we get a green checklist."

The county remains in good standing with other guidelines required by the state. It will have an answer from the state soon if Santa Barbara County can continue its further reopening Friday.