The Hallmark store in the Madonna Shopping Plaza in San Luis Obispo that locals frequent for their greeting cards and gift items is closing its doors after nearly four decades.

Signs reading “Store Closing!” have been posted in the windows of the storefront. 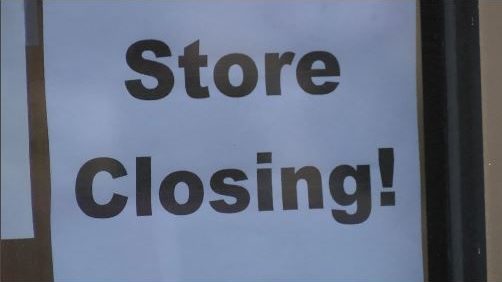 Stephanie Racette, the current owner of “Stephanie’s Hallmark,” started as an employee of the store in 1998 before she purchased the business in 2013.

She says she won’t be resigning their lease, which ends on August 31, but a lot of that has to do with a decline in card sales. Despite the decline in sales, she says business has still been steady.

“I’d rather go out on top than on the bottom,” Racette said. 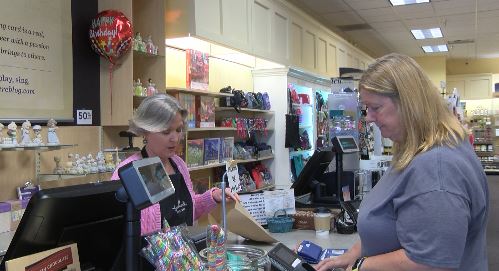 Several customers walked into the store Monday in disbelief that the shop they so regularly depend on for greeting cards and Christmas ornaments will be closing its doors for good. That includes Deirdre Gin, who has been a customer since the 1980s.

“I love Hallmark. I love all Hallmark products and they have the best cards,” Gin said. “I came in yesterday to buy cards and I drove up and it said, ‘store closing’ and I was shocked.”

When asked how she felt about the store closing she simply said, “Sad.”

Racette says the greeting card company sells all of its products online, which has made it difficult for her brick and mortar to compete. Hallmark greeting cards can also be found at major retailers including CVS, Kohl’s and Barnes and Noble, according to Racette.

She said one of the main reasons she’s kept the doors open for so long is the friendships she’s developed.

“I think it’s going to put a damper on the area because you want that connection,” Gin said. “You want community.”

Racette says an official closing date has not been set, but it will be sometime in mid-to-late August.