Evacuations could be lifted sometime Wednesday 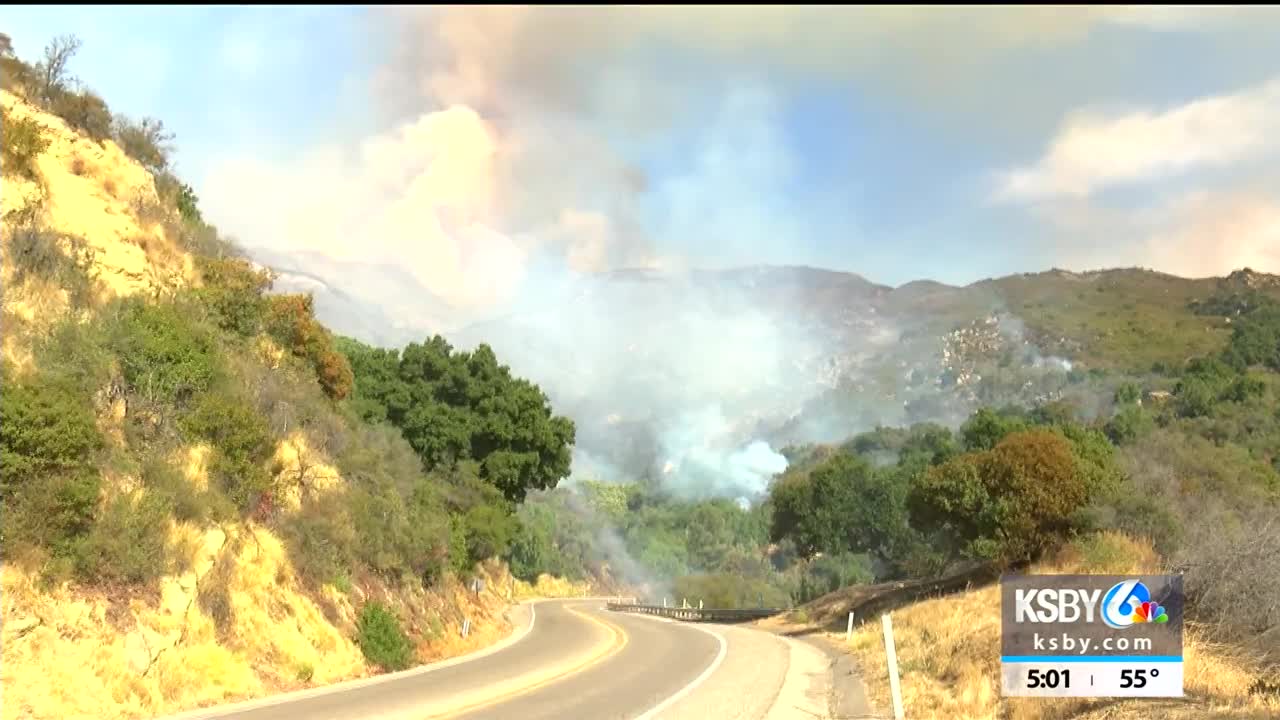 The Cave Fire has burned more than 4,300 acres and forced thousands to evacuate their homes in Santa Barbara. 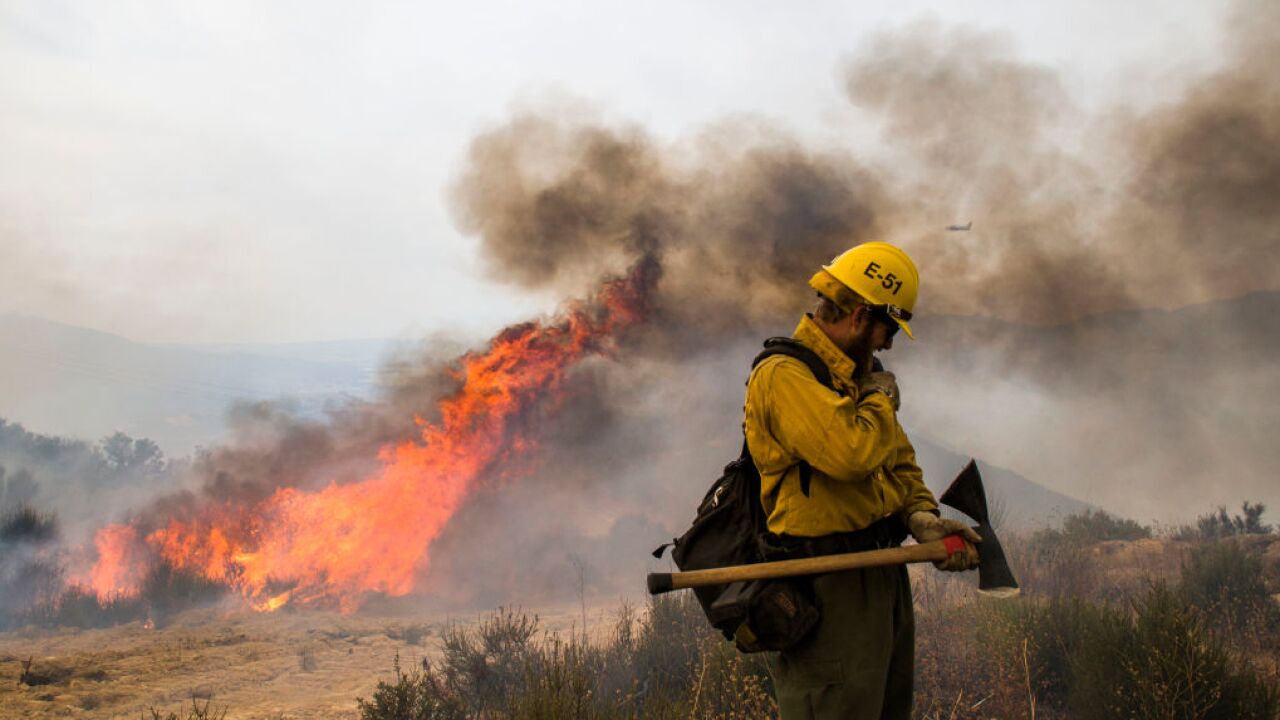 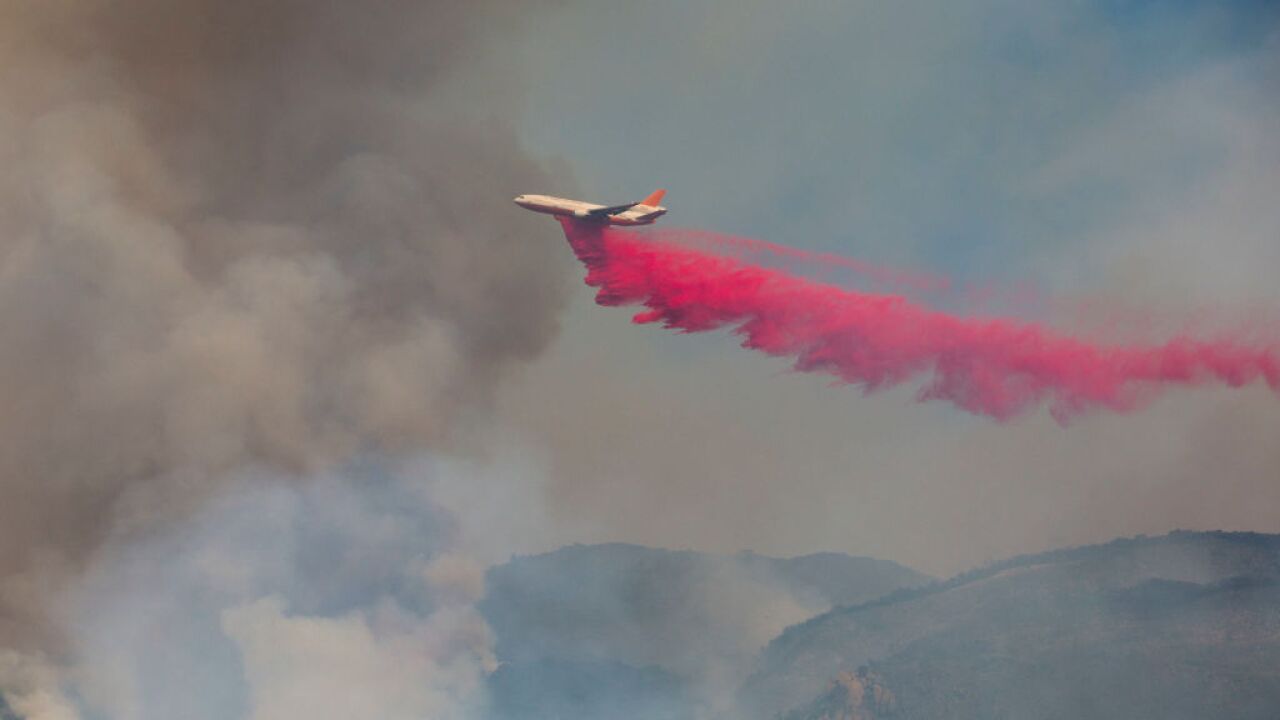 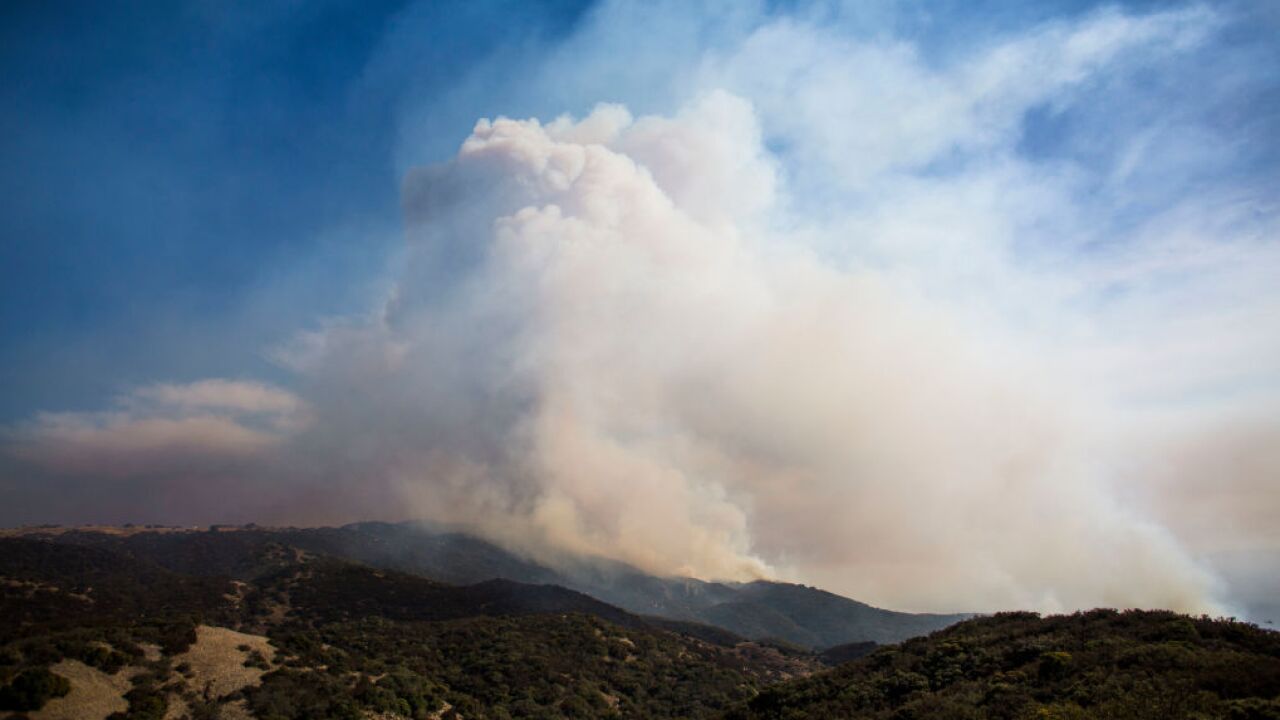 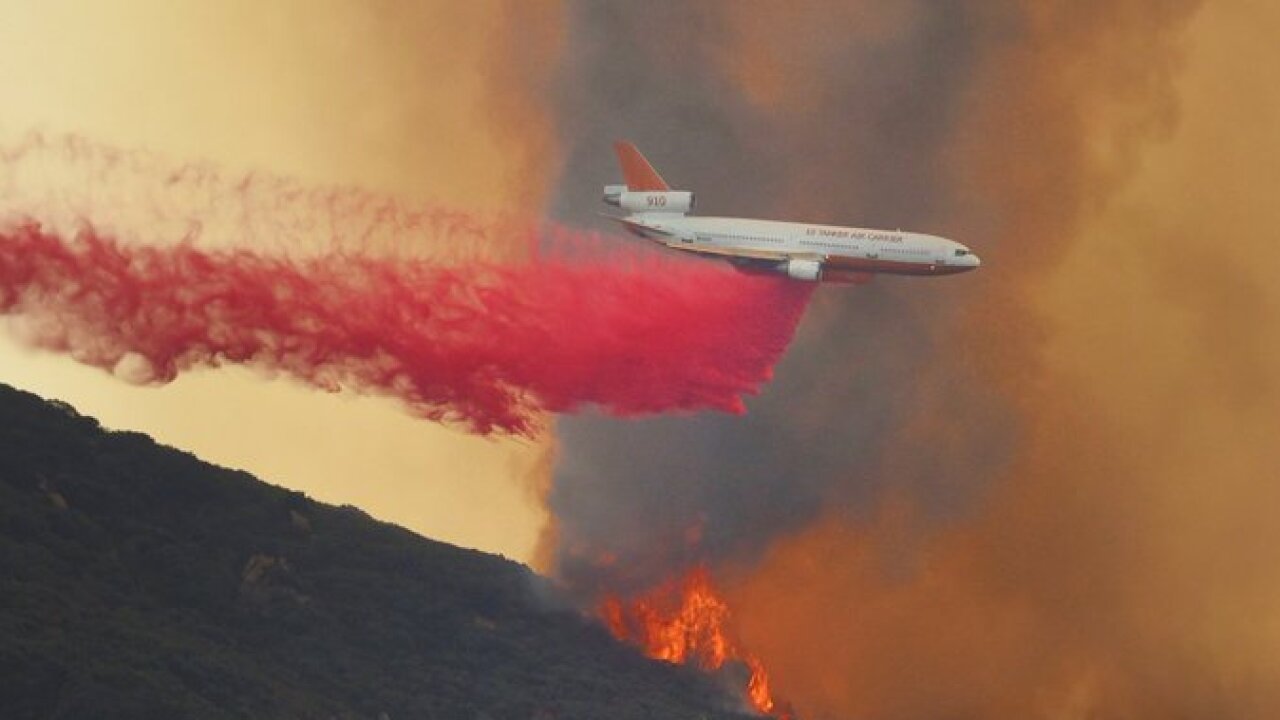 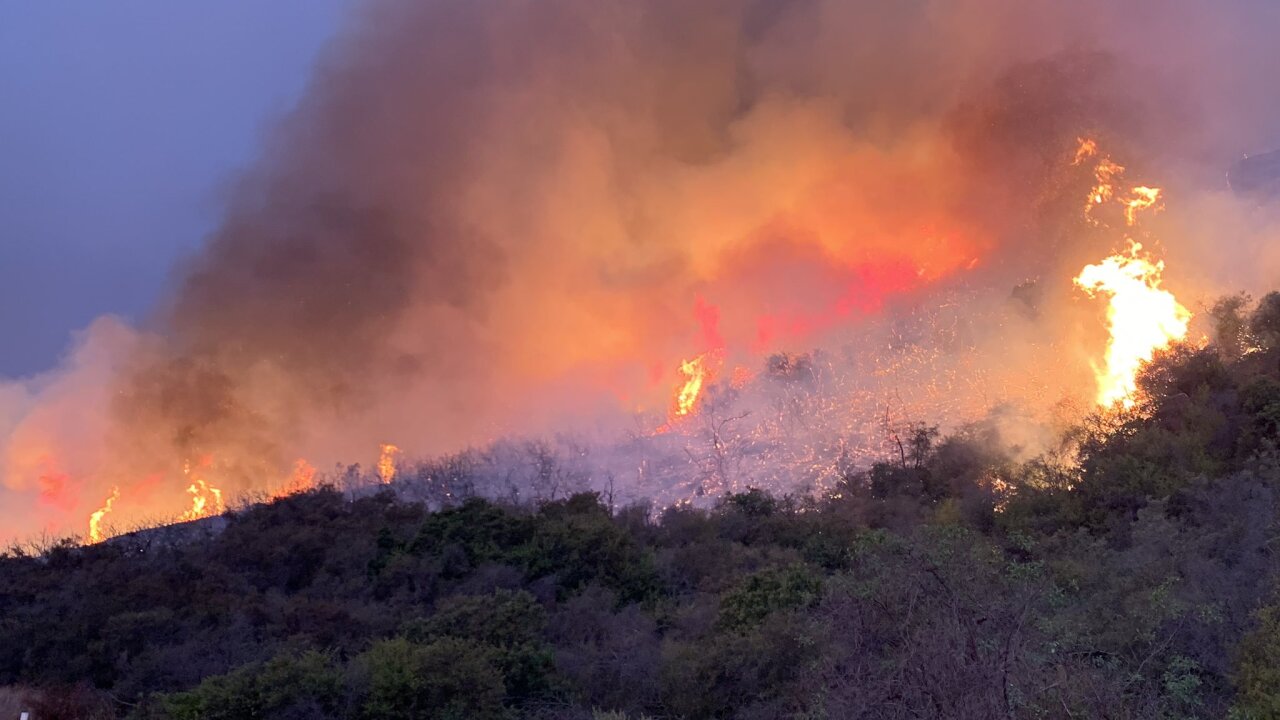 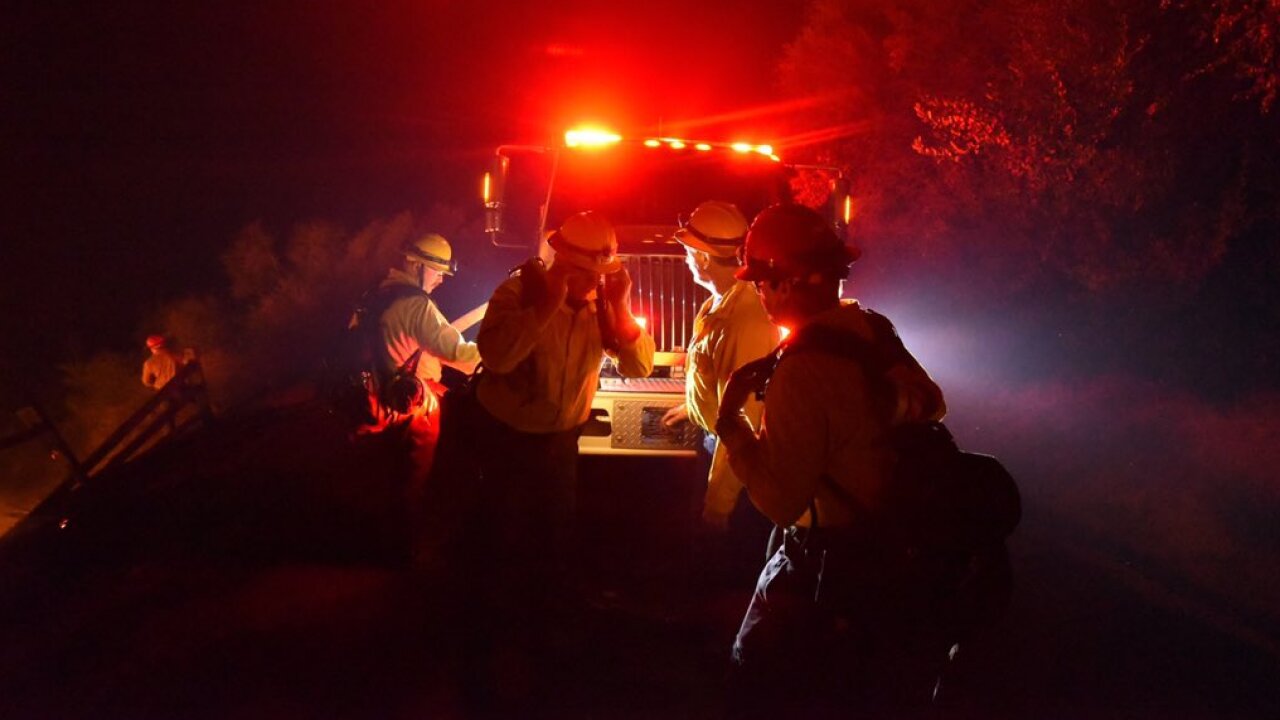 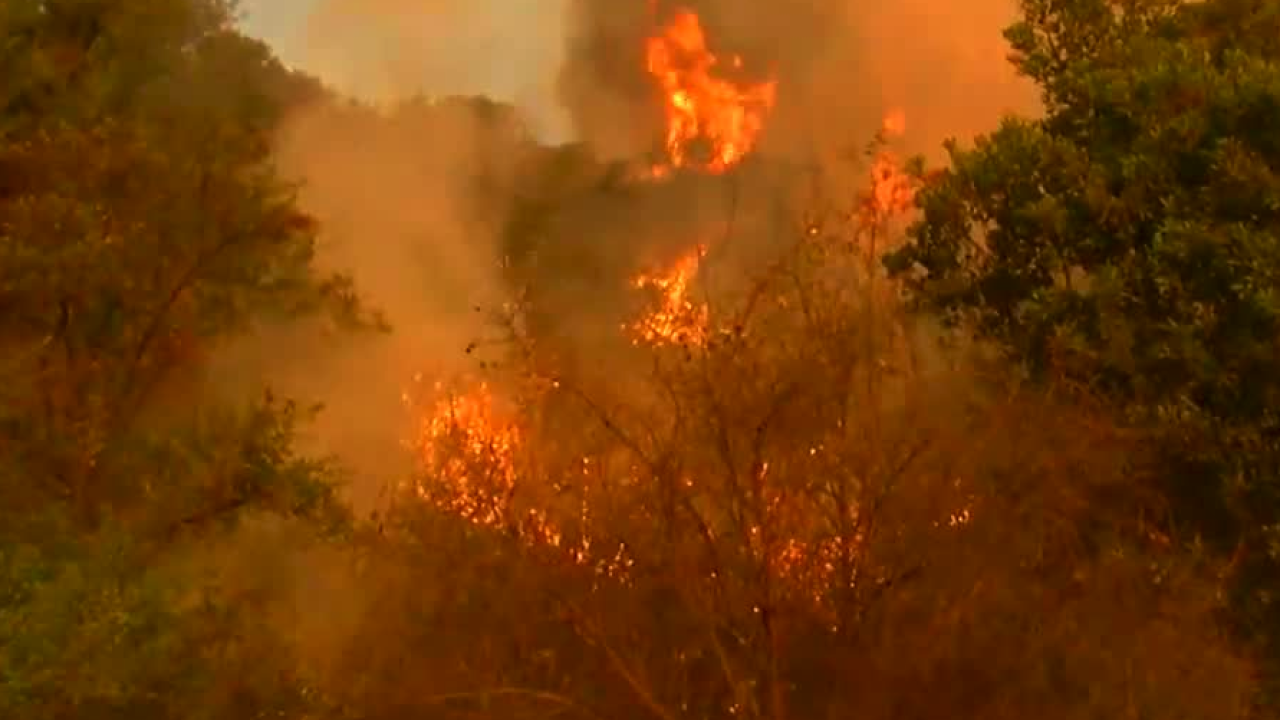 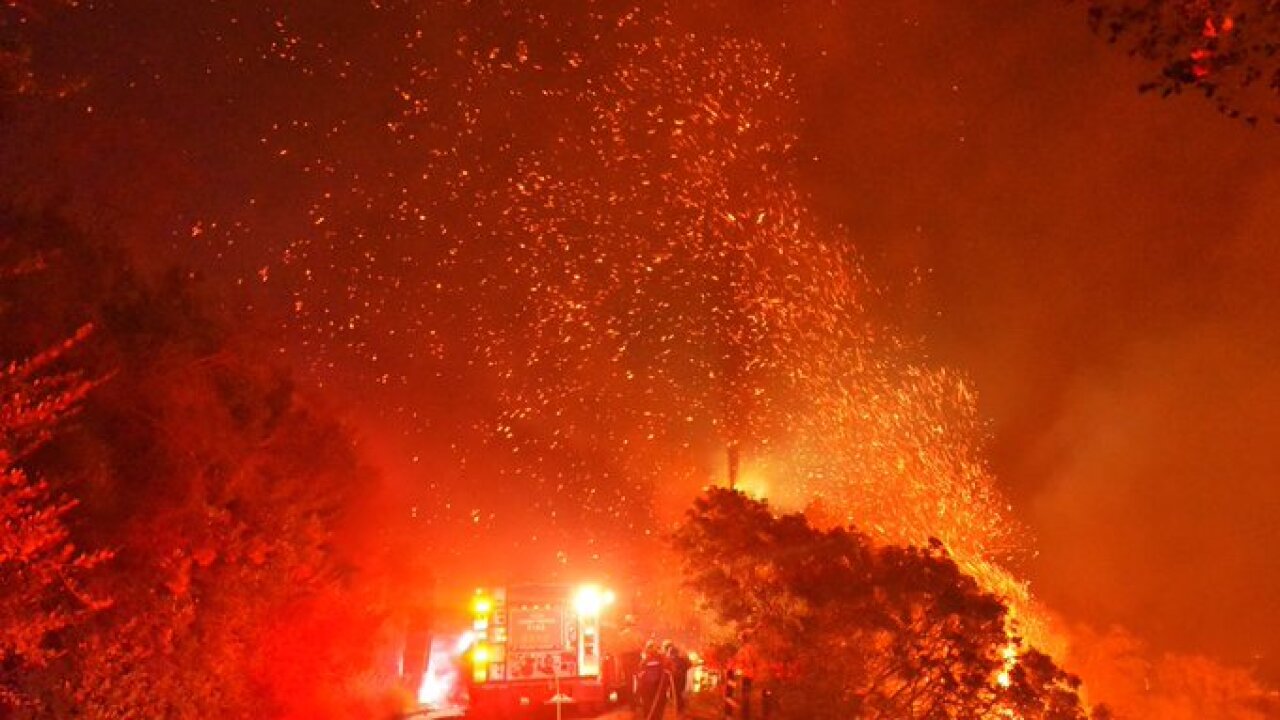 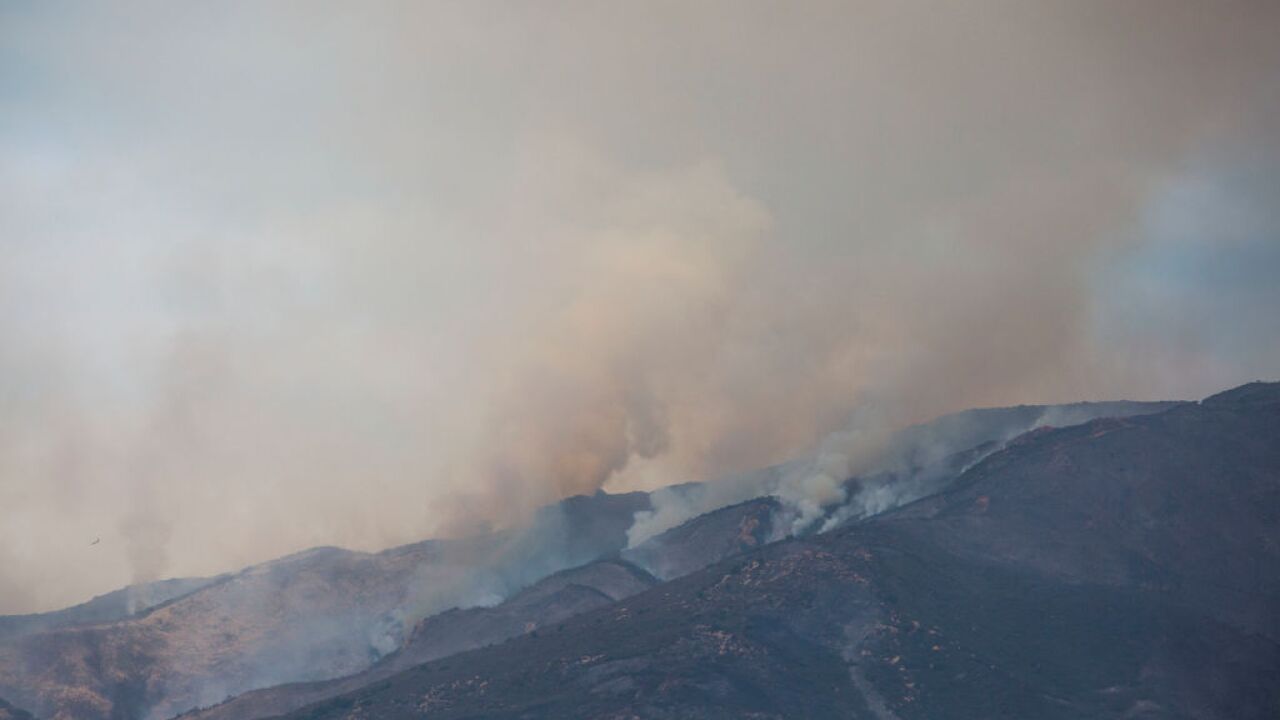 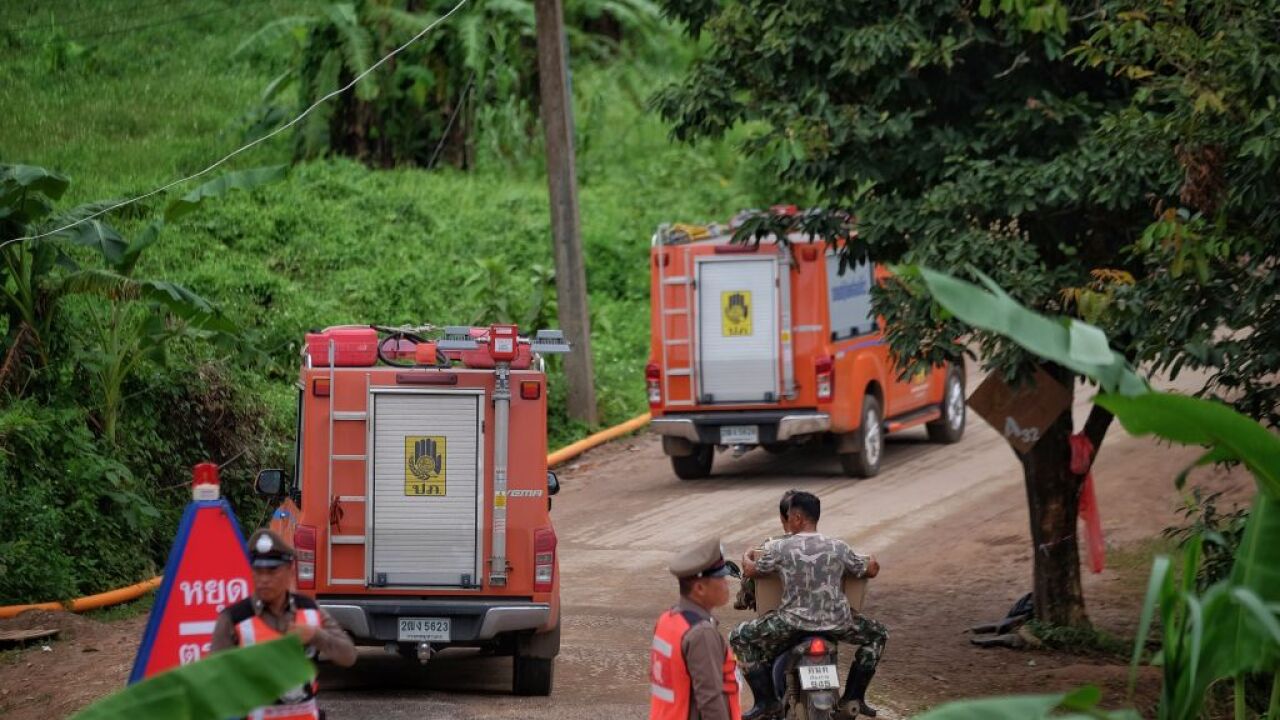 UPDATE (9 a.m. Wednesday) - Rain has helped douse flames from the Cave Fire, which broke out Monday off Highway 154 in the hills above Santa Barbara.

Wednesday morning, the Santa Barbara County Fire Department reported the fire had only slightly grown and had burned 4,367 acres and was 20 percent contained.

Scorched ground could be seen in the fire area Wednesday morning along with some hot spots remaining.

While a Debris Flow Evacuation Warning was issued for below the fire area Tuesday night, there have been no reports of any major issues overnight related to the rain or fire.

Fire officials say the evacuations may be lifted later today.

#CaveFire- UPDATE- IC reporting that with good progress on the fire fight, repopulation plans are being evaluated and all should be in their homes later today and in time for Thanksgiving. We thank you for helping the community as a whole work together to keep everyone safe.

The California Highway Patrol says Highway 154 is expected to remain closed for about a week.

UPDATE (4:23 p.m.) - Fire officials say the fire is now 10 percent contained. No homes have been destroyed and no injuries reported.

#CaveFire- UPDATE- Current map of the fire footprint. 4,330 acres have burned with 10% containment. No structures (homes) destroyed. No injuries. pic.twitter.com/N7eVpi0ZXJ

UPDATE (11:46 a.m.) - The Santa Barbara County Sheriff's Office reports the evacuation order for the areas west of Patterson to Fairview and north of Cathedral Oaks has been lifted. Other areas remain under an evacuation order.
___

UPDATE (11:05 a.m.) - Jim Harris of the Los Padres U.S. Forest Service announced late Tuesday morning that the Cave Fire had burned 4,262 acres and was 0 percent contained. One outbuilding was destroyed. No injuries have been reported.

Harris says the fire is "burning under some of the toughest firefighting conditions anywhere in the world," breaking out at the end of the dry season.

He says fire crews have a tough day ahead of them before the weather changes and rain hits the area.

Brown said in all, 5,481 people were in the evacuation area. All but 324 reportedly left.

Fire officials say there are an "abundance" of air and ground resources assigned to the fire.

Helicopters working under night vision goggles made drops on the fire throughout the night and fixed-wing aircraft began flying once the sun was up.

Crews say they're working to get a perimeter around the fire, but it "takes time and a lot of effort."

With rain expected to fall in the area beginning Tuesday night, fire officials say it will help "diminish fire behavior" while allowing them to get a handle on fire activity; however, it also brings concerns of small rockslides along highway 154.

Fire officials add that humidities in the area are still very low and say they are under "critical fire weather."

UPDATE (7:30 a.m.) - The Santa Barbara County Fire Department says the Cave Fire has grown to 4,100 acres and is 0 percent contained.

Around 2,400 structures are threatened but none have burned, fire officials say.

Six hundred firefighters are currently assigned to the fire.
---

Firefighters are waiting for the sun to come up to get a better idea on how much the Cave Fire burning in the hills above Goleta and Santa Barbara has grown.

The fire broke out at around 4:15 p.m. Monday off Highway 154 and E. Camino Cielo and had grown to 3,122 acres within just a few hours with no containment.

By 6 a.m. Tuesday, fire officials estimated at least 3,300 acres had been scorched and said 2,400 homes were threatened, but none had burned.

Several evacuation orders and warnings have been issued for the area and Highway 154 and other highways in the area are closed. All public roads north of Cathedral Oaks Rd. are also closed from Patterson Avenue to Fairview Avenue.

The Santa Barbara Wildlife Care Network said it has evacuated from its facility on N. Fairview Avenue in Goleta and animals were safely taken to the humane society.

Drivers are advised to use Highway 101 and use caution in the area.

To see an updated map of the evacuation areas, click here.

Click here to view the latest emergency information in Spanish.

An evacuation center is set up at the Goleta Valley Community Center, located at 5679 Hollister Road. Officials said 26 people stayed there overnight.

Santa Barbara City College has closed all of its campuses Tuesday and Wednesday "out of an abundance of caution" due to the fire.

Helicopters were making drops on the wind-driven fire overnight, but firefighters were anticipating additional help from aircraft once the sun comes up.

Southern California Edison has shut off power to part of the area. Officials say the fire is threatening some of the utility's transmission lines.

Mike Eliason with Santa Barbara County Fire told KSBY News early Tuesday morning they expect to be on scene "for days to come."

While there has been no word of any homes being damaged, Eliason believed some outbuildings may have been lost.

Fire crews from Southern California are among the 500-plus firefighters on scene, one of them being from Los Angeles Fire Department's Station 9, which Eliason says is the busiest fire house in the nation.

Rain is forecasted for the area beginning Tuesday night, which will help with the firefight but also creates new concerns of possible debris flows.

KSBY's Christina Favuzzi, who is on scene along Highway 154, watched as embers were sent across the highway by winds early Tuesday morning, igniting the hillside there.

Wind has really picked up near Painted Cave Rd. You can definitely hear it and see it pick up the flames. #CaveFire pic.twitter.com/25vXUcWHoK

Firefighters say it has been about 30 years since this area burned, leaving a lot of fuel for the flames. The fire is burning in the same area as the Painted Cave Fire that destroyed hundreds of homes in 1990.

Santa Barbara County has proclaimed a local emergency as a result of the Cave Fire that broke out Monday afternoon along Highway 154.

County officials say the proclamation ensures that all county resources are available for firefighting and support efforts and helps facilitate potential state funding. The county is asking Governor Gavin Newsom to also declare a State of Emergency.

More information and updates on the fire are expected around 7 a.m.

Stay with KSBY and KSBY.com for the latest updates on this fire.

It’s very smoky here on Highway 154, where the Cave Fire is burning. These flames are on a part of the pass over a creek, which must be dry. It’s seen its share of flare ups throughout the morning. Crews have moved up the hill over the past hour. #CaveFire pic.twitter.com/rNFyj9WEN3