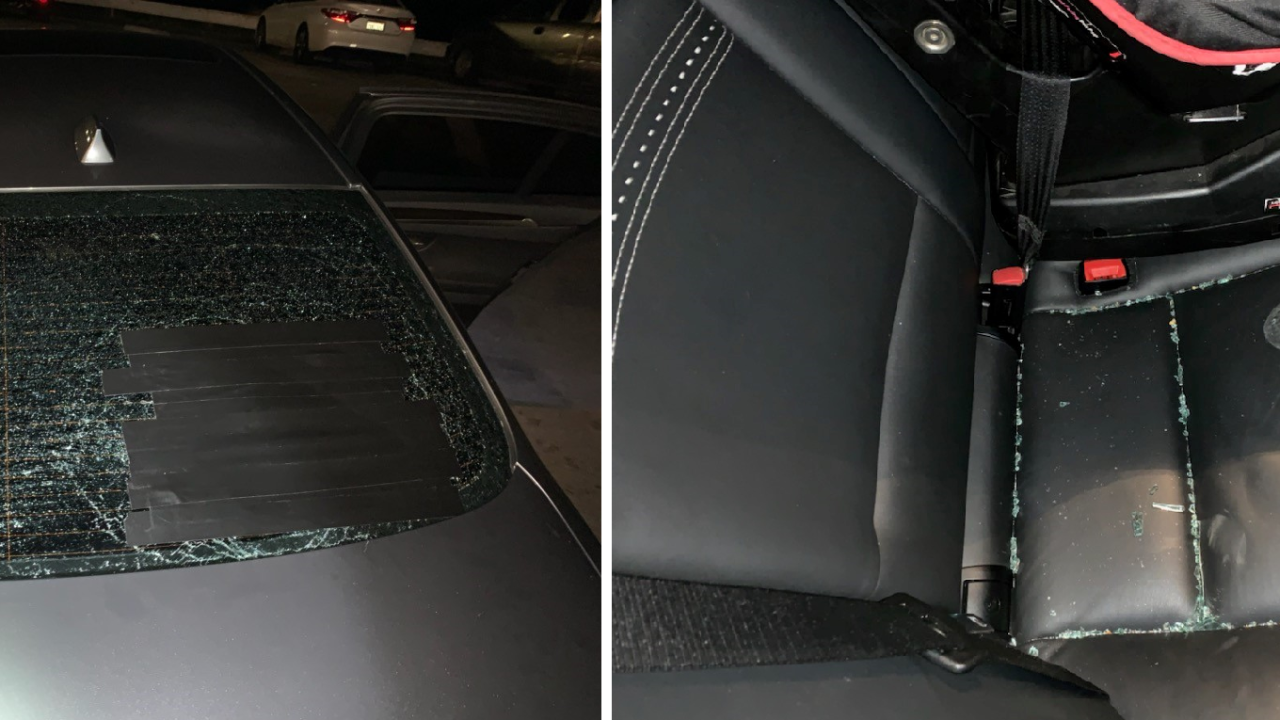 California Highway Patrol is releasing more information regarding an investigation of a vehicle that was damaged in a protest in San Luis Obispo on July 21.

Protesters in the demonstration eventually marched onto Highway 101 in San Luis Obispo, which is where the incident occurred, blocking traffic in both directions.

According to the CHP, a group of protesters circled a motorist who was trying to drive around the protesters and attacked the vehicle. On Friday, CHP released the below images stating they are "trying to identify the suspect who is responsible for breaking the rear window of the victim's vehicle with the skateboard." A four-year-old boy was reportedly in the back seat at the time

During the incident, investigators say one person jumped on the hood of the vehicle as it was trying to drive by the protesters. KSBY spoke with a protester named Sam Grocott who says he was hit by a silver BMW during that march. He says the driver of the BMW was yelling profanities at the protesters, telling them to get out of the way and driving onto the shoulder of the highway.

The CHP is working to identify the protesters involved and are asking anyone with information about the incident to contact the San Luis Obispo CHP Area at (805) 594-8700 or through social media.