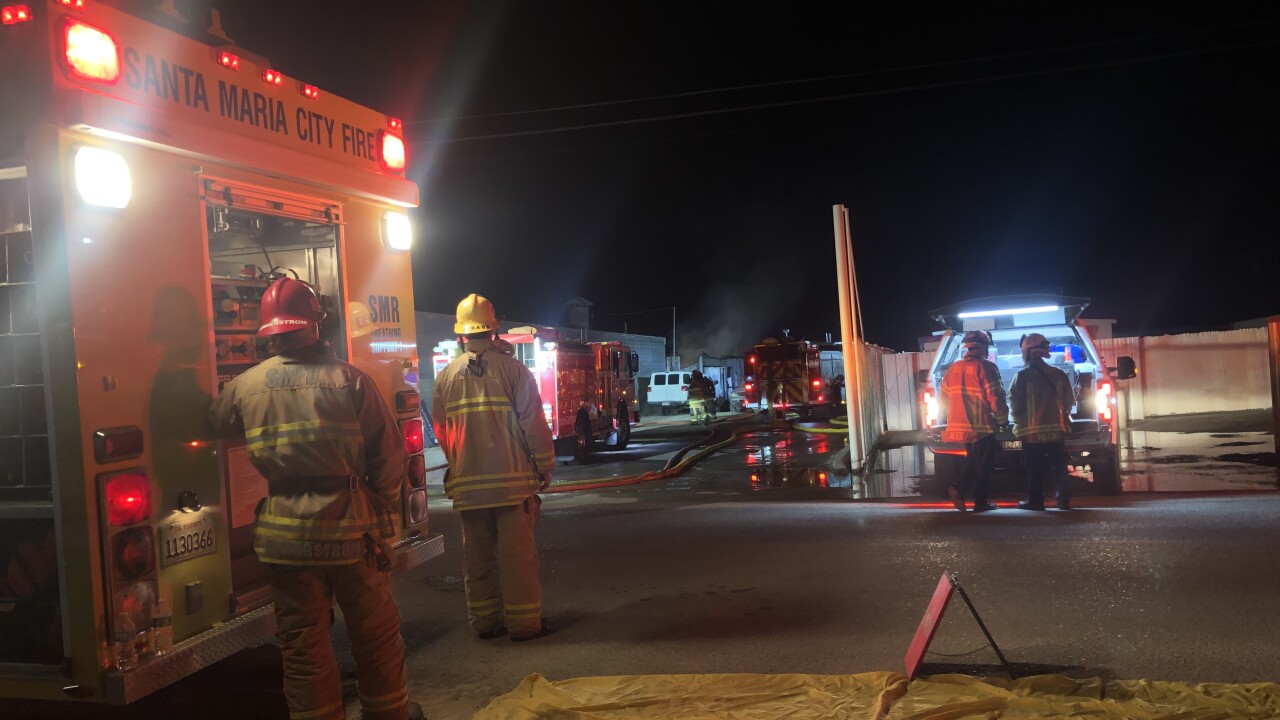 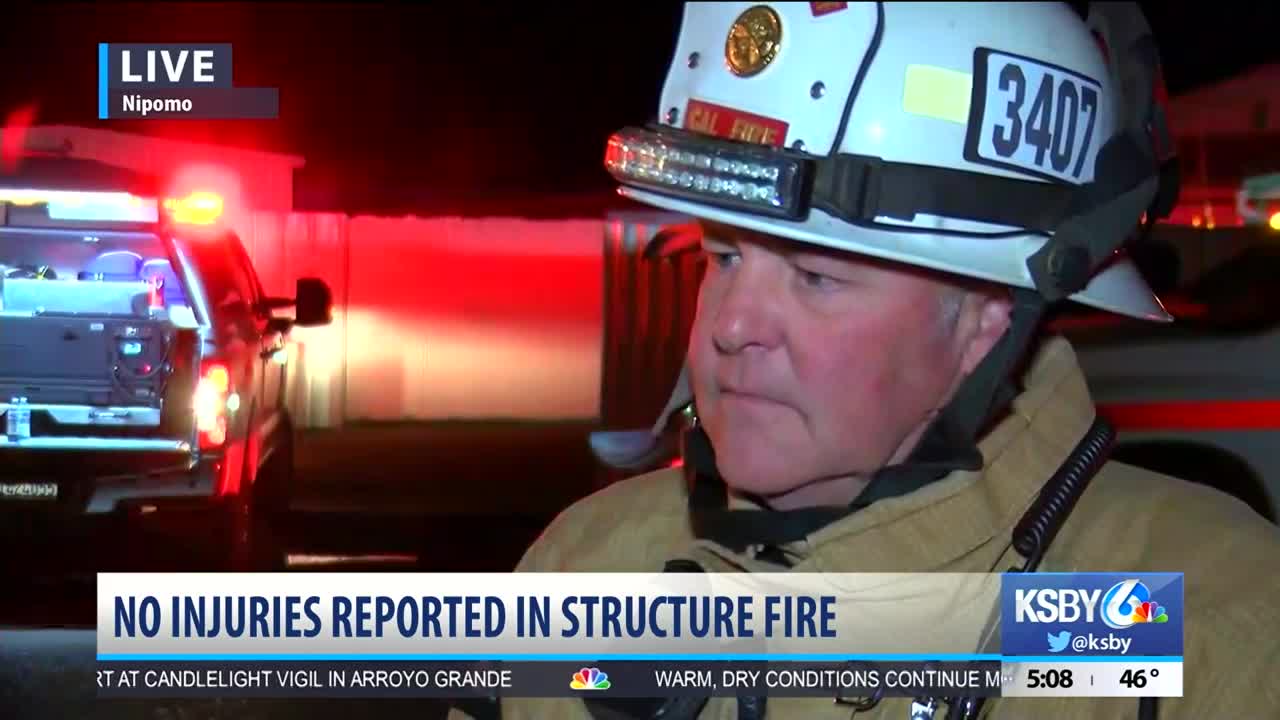 A fire broke out at a commercial business in the Nipomo area along Sheridan Road around 3 a.m. Monday.

The business is an autobody shop. Cal Fire deputy chief Greg Alex said firefighters were concerned about flammable fluids in the building but were able to quickly extinguish the fire.

Alex said the fire was contained to the autobody shop. Mop-up operations were underway by 5 a.m. Monday.

Firefighters are expected to be on scene through about 7 a.m.

No one was injured in the fire and the cause is currently being investigated.

The total cost of damages from the fire is unclear at this time.

Busy morning already. At 3:00 am we responded to 1 Commercial Structure Fire at 850 Sheridan Rd, Nipomo and 1 Residential Structure Fire at 65 Cayucos Av in Cayucos. No injuries at either fire. Both fires are contained with full control in 2 to 3 hours pic.twitter.com/sTGQPSEwKi

In Cayucos, a home caught fire early Monday morning. The severity of damage is unknown.

Crews are expected to stay on both scenes for several hours to mop up.