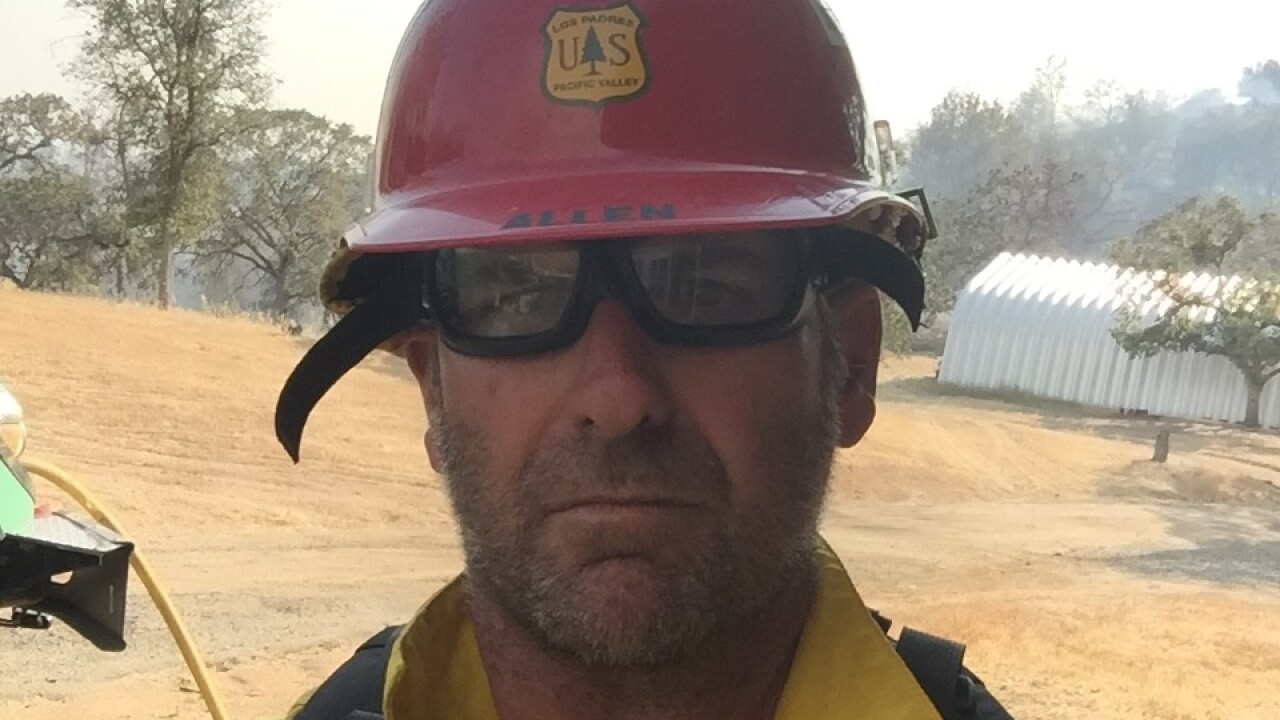 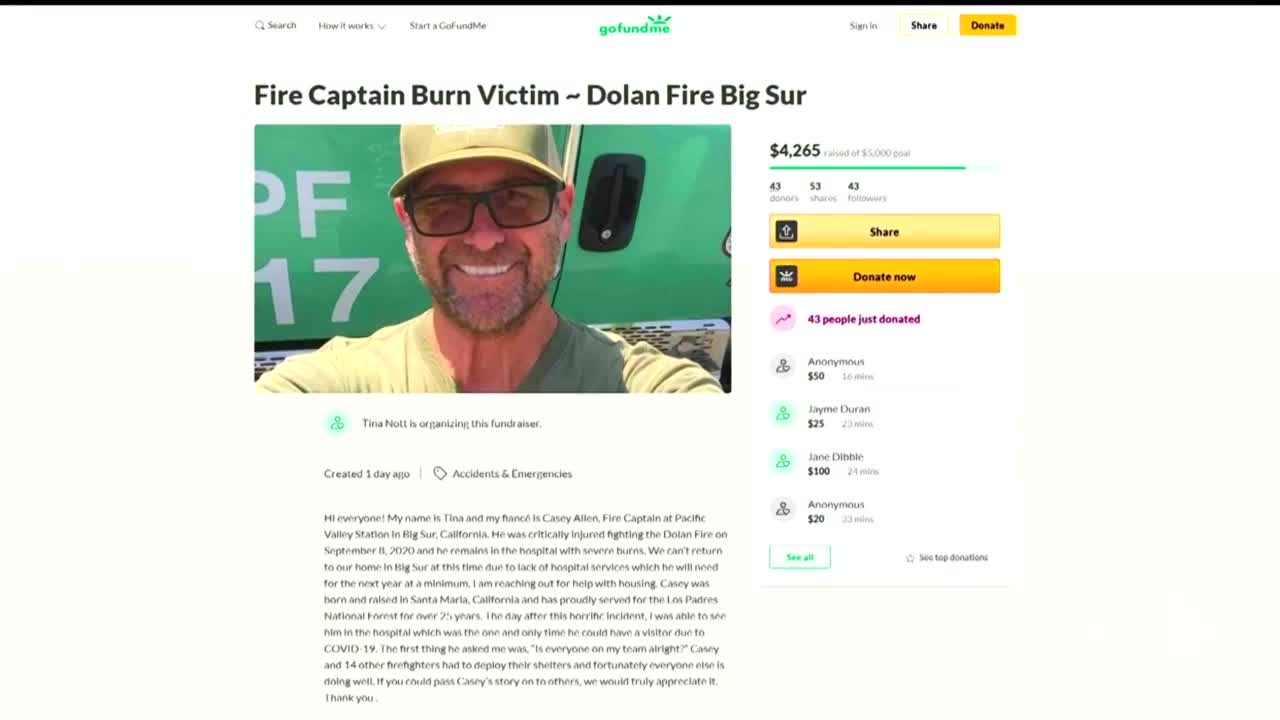 A GoFundMe account has been created to help a firefighter who was severely burned while battling the Dolan Fire near Big Sur.

According to the site, Tina Nott established the account for her fiance Casey Allen, the Fire Captain at Pacific Valley Station in Big Sur.

Allen was critically injured while battling the Dolan Fire on Sept. 8. Fire officials with the Los Padres National Forest said that Allen, and 14 other firefighters had to engage in shelter deployment as they worked to defend the Nacimiento Station.

According to Nott, Allen is being released from a Fresno area hospital on Wednesday, Oct. 28. However, they are seeking financial assistance to help with housing costs because he still has hospital appointments to attend every week.

"We can't return to our home in Big Sur at this time due to lack of hospital services which he will need for the next year at a minimum."

Allen was born and raised in Santa Maria, and has proudly served for the Los Padres National Forest for over 25 years, according to the GoFundMe.

The Dolan Fire broke out on Aug. 18 in the Big Sur area and lead to many evacuation orders and the closure of Highway 1.

Fire officials say the fire was started due to arson, and an arrest has been made.

Over two months later, the fire remains at 98% containment after burning approximately 124,924 acres.