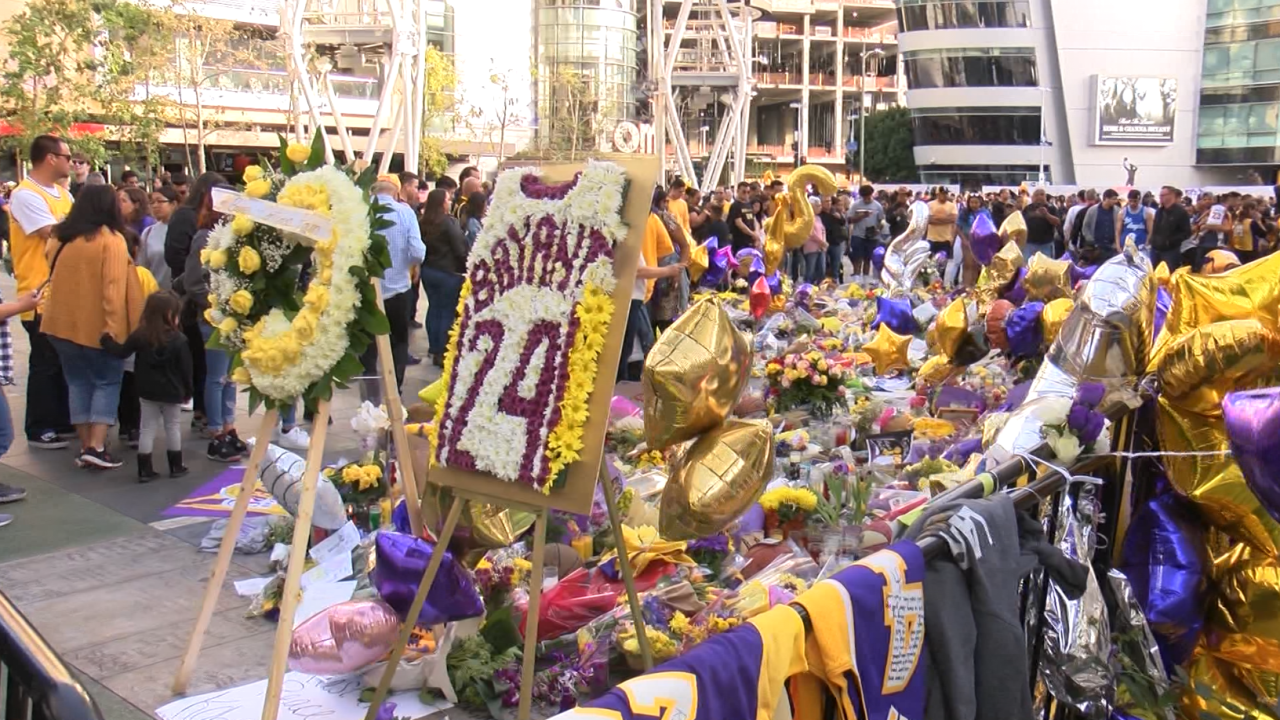 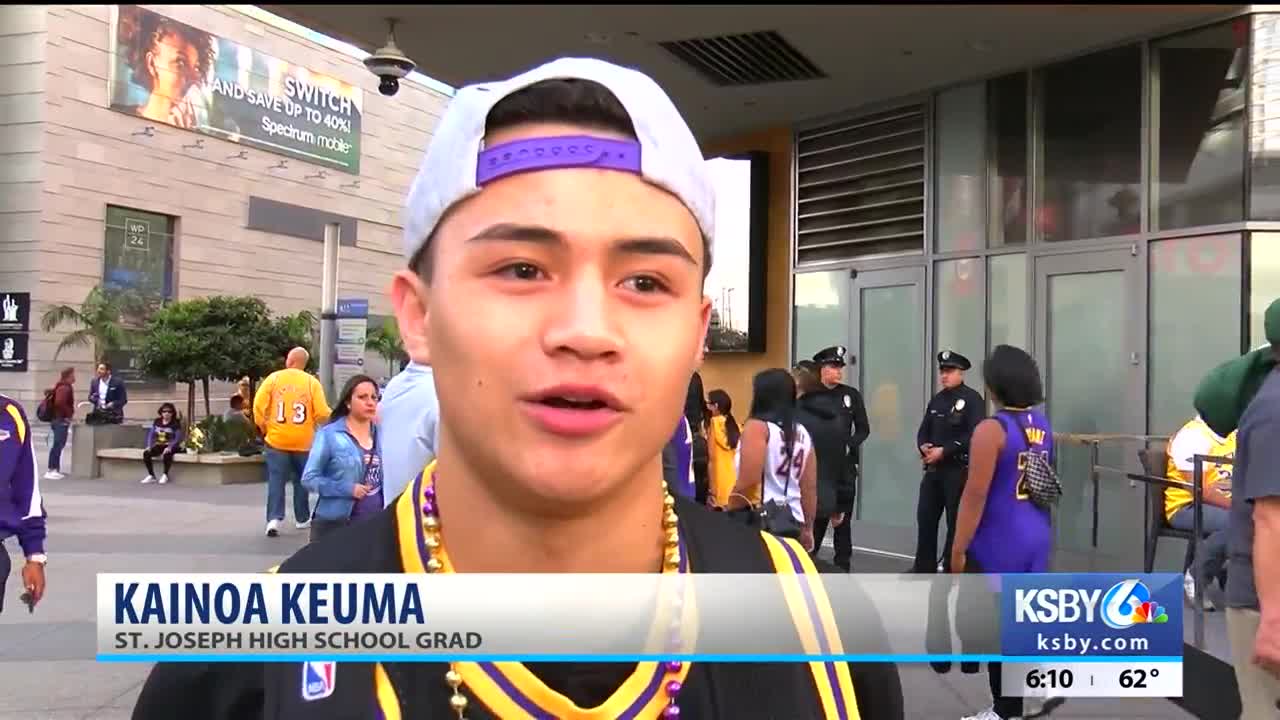 "It's a crazy surreal moment, like growing up I watched Kobe play my whole life," says St Joseph High School graduate Kainoa Keuma, "Like I had a bond with my mom and my dad, as Kobe made us closer."

The Lakers return to the hardcourt for the first time Friday since Sunday's deadly helicopter crash that killed Kobe Bryant, his daughter Gianna and seven other people.

"The atmosphere, the love for Kobe and his daughter, and everybody else in the crash, it is so worth it," says Righetti High School graduate Anthony Padron.

A seat inside of Staples Center is generally pricey, but one ticket to Friday night's game is at an even higher cost, and fans are willing to pay for it.

"It's worth it to us, we are big Lakers fans and Kobe fans especially," says lifelong fan Brendan Bernhardt. "I've been watching Kobe since I was in high school, years and years ago when he first started. Now my kids are becoming fans, so it's more of a generational thing for us."

Ticket prices were being sold for thousands of dollars as L.A. welcomes in Portland for the Lakers return.

Tip-off between the Lakers and the Blazers is scheduled for 7 p.m. Friday inside the Staples Center.