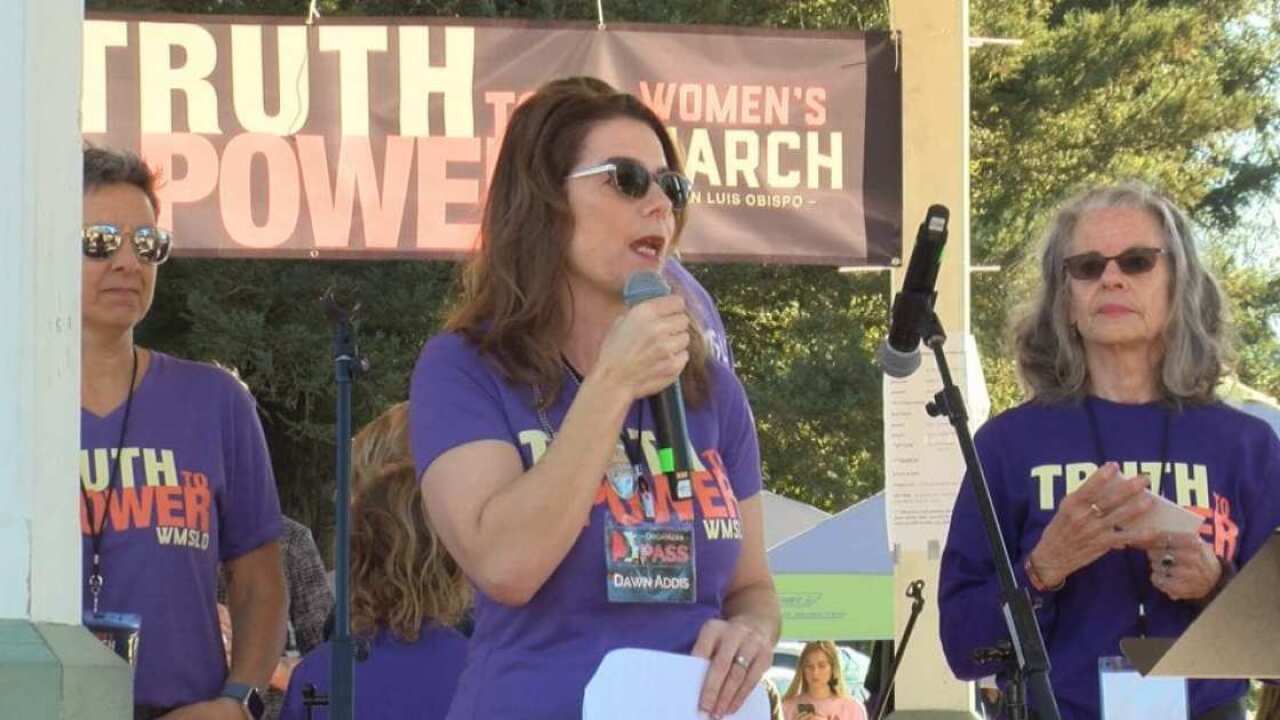 A Morro Bay councilwoman known for founding the San Luis Obispo Women's March has announced a run for the California State Assembly.

"I am running because the time is now for us to have a representative who is willing to stand up for the people of the Central Coast," Addis said in a pres statement. "Over the past four years we have experienced unprecedented attacks on our values, our communities, and our future. "

Addis went on to say she has a strong record of fighting for her community and doesn't believe Republican Assemblyman Jordan Cunningham is doing the same.

Cunningham, a small business owner from the Templeton area, has held the seat since 2016.

The seat in California's 35th Assembly District, which includes San Luis Obispo and Santa Barbara Counties, has long been held by a Republican.

Addis currently holds a seat on the Economic Vitality Corporation, she's a liaison to the Recreation and Parks Department, and is a member o the Aquarium sub-committee and Aquarium Capital Investment Task Force.

In 2016, Addis co-founded the Women's March San Luis Obispo and was named "Woman of the Year" for the 24th Congressional District in recognition of her community organizing.