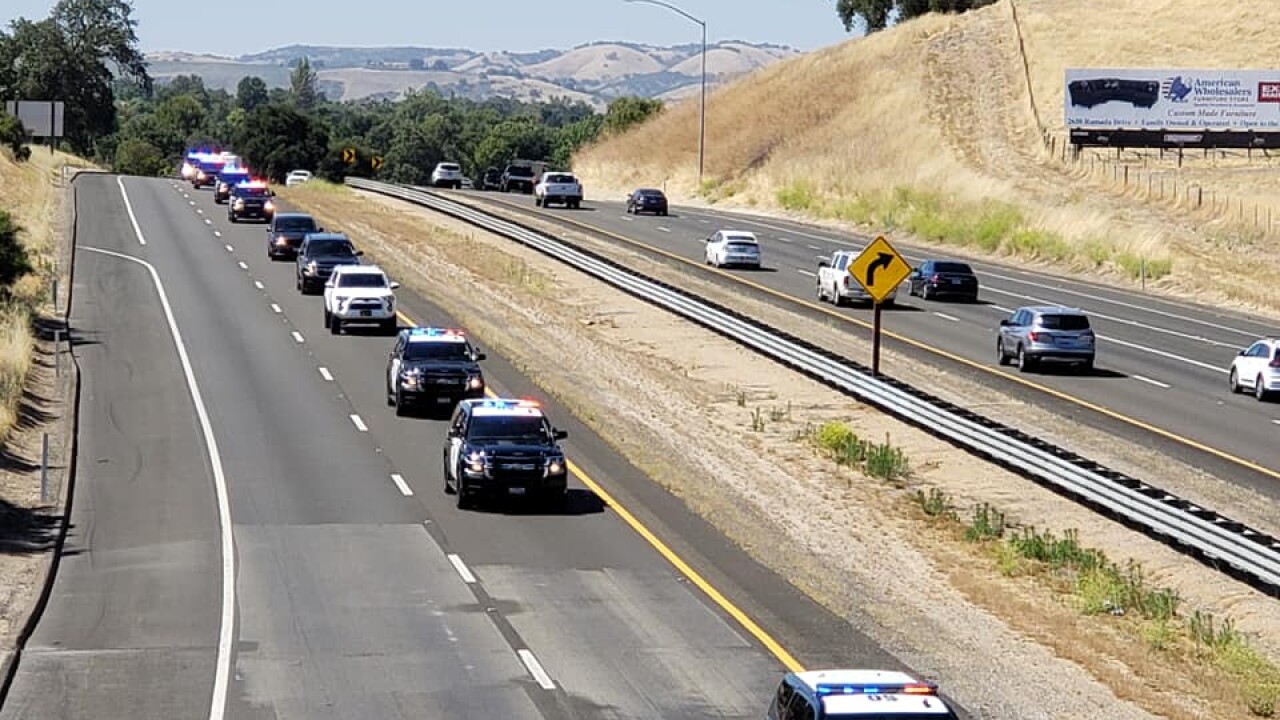 The San Luis Obispo County Sheriff's deputy who was shot in the face during an active shooting in Paso Robles earlier this month returned home Sunday afternoon.

Sheriff's vehicles escorted Deputy Nicholas Dreyfus, who was recovering at a trauma center outside of the county, to his home.

A crowd also gathered around 3.30 p.m. on the Vineyard Dr. overpass with American flags and signs to greet Deputy Dreyfus as he drove on Highway 101.

Welcome Home Military Heroes posted on its Facebook page to encourage people to welcome him home.

Deputy Dreyfus was shot while responding to reports of a shooting at the Paso Robles Police Department on June 10th.

The shooter, later identified as Mason Lira, shot at the responding officers, ultimately shooting Dreyfus in the face. Dreyfus was flown to a trauma center in another county where he has undergone multiple surgeries.

Dreyfus, 28, has worked for the Sheriff's Office for nearly two years and is assigned to the North County Sheriff's Station in Templeton.