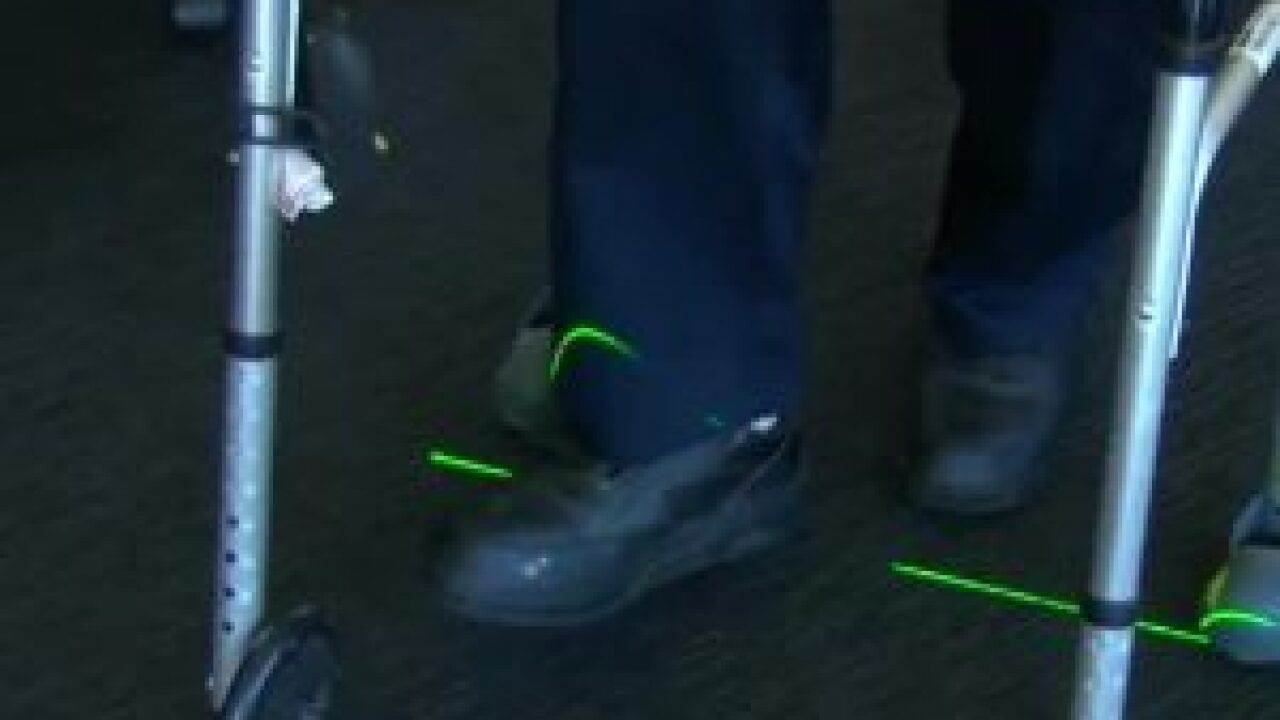 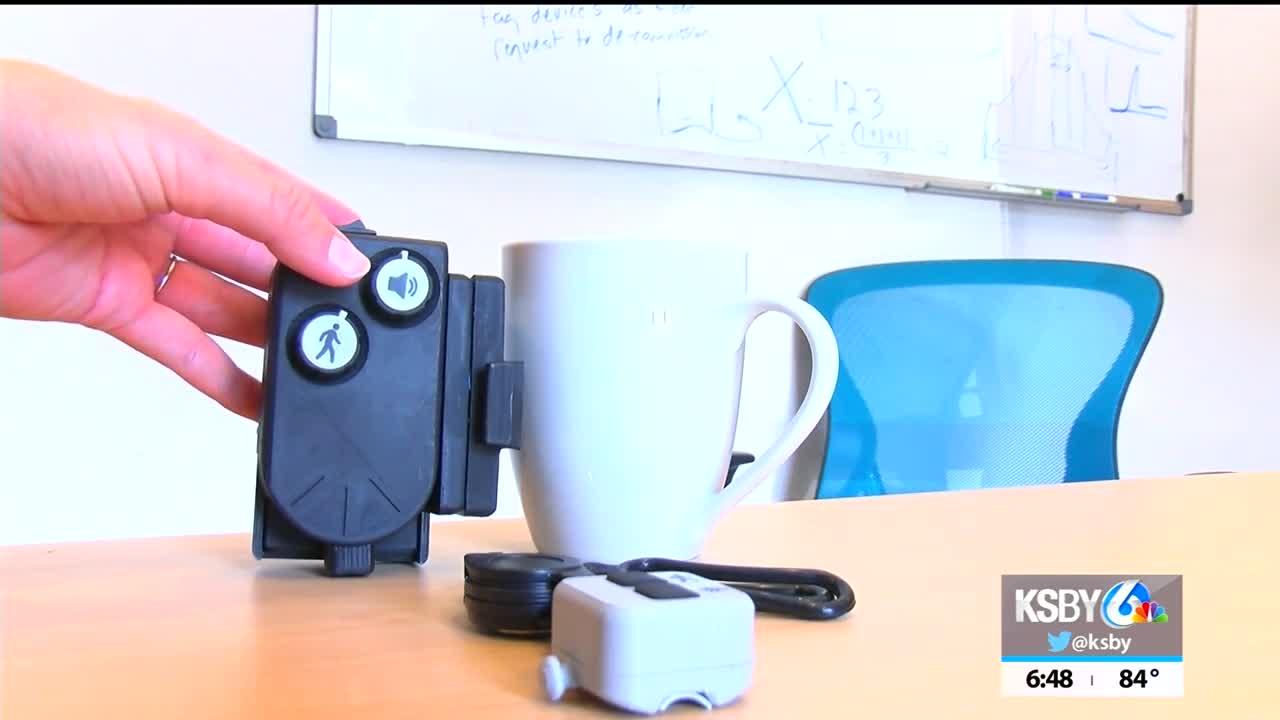 Putting one foot in front of the other has become a daily battle for Lompoc resident Orlando Severo, better known as Earl.

"It's a daily thing but you know, you just got to bear it. Work with it," Severo said. "It's challenge but it's a challenge you can overcome."

"Our son, who's a physical therapist said, 'you have a gait problem, Dad,'" he said.

"I walked in there and the doctor said, 'you've got Parkinson's,'" Severo said.

Walking out of that doctor's office and in his daily life would soon become one of Severo's greatest struggles.

"Parkinson's does many things to different people but for me, I freeze. So when I walk, my brain tells me to walk and I can't walk," the 79-year-old said.

"No matter how hard you try, you literally cannot take that step forward because there's a specific neuro-pathway in the brain that's getting damaged or disconnected," Collin said. "That makes it so when you're sending that internal cuing pathway to initiate gate, it's just not getting to the motor neurons that are activating your muscles."

"I now no longer can walk well," Jack said.

His wife of 66 years, Sandy, helps Jack communicate and cope with the neuro-degenerative disease.

"He used to have a loud booming voice. Now, he just barely whispers," she said. "He still wants to do things and he still thinks he can do what he used to do, but he can't."

Eight years after Jack was diagnosed with Parkinson's, the Korean War veteran called up Cal Poly.

His proposal to the students: come up with a way to trick his brain into allowing him to walk.

"His feet stick to the ground and don't move when his brain tells them to move so he gets stuck in lot of places," Sandy said.

Jack volunteered himself as an experimental subject. Several groups of students worked on the project as the school years progressed.

About three years ago, Sidney Collin was assigned the project and committed to coming up with a solution to restore Jack's mobility.

"It's more likely than not, that if you are diagnosed with Parkinson's, you will at some point experience freezing of gait and you need a solution to help you be able to walk, to help you be mobile," Collin said.

Medical journals define the condition as a sudden onset of immobility.

"Jack will describe it as feeling like his feet are glued to the floor or stuck in a box of cement," Collin said.

The National Library of Medicine says 80 percent of severe Parkinson's sufferers experience freezing of gait. Knowing that statistic, Collin spearheaded an effort to take the device from school project to retail product.

"It's very clear that there is a huge need and I am so, so, so excited to to get this device into people's hands and have it be able to help them become more mobile," she said.

The palm-sized device is giving hope to Jack and potentially thousands of Parkinson's sufferers.

The first version of the device resembled a computer mouse and was named the Gaitway. KSBY first reported on Collin's device and it's impact on people with Parkinson's in July.

After doing research and redesigning the device, it is now hitting the market known as the NexStride.

Collin says the gadget attaches to any type of cane, walker or walking stick, programmed with visual and audio cues.

"The visual cue is a green laser line that's projected onto the floor in front of you," Collin said. "You visualize yourself stepping over that line and that change of intention, changes the neuro-pathways so they are reactivated and allows you to be able to overcome this symptom."

Collin's device retails for $349, a more affordable option than a walker that has been on the market for several years. It has similar laser technology and costs up to $1,000.

Jack tried using that pre-programmed walker but its red laser line didn't work for him.

"He woke me up in the middle of the night and says, 'I know why I can't do this. Red means stop and green means go and the red light is telling me to stop but my brain wants to go,'" Sandy said.

"It gets me to get started walking," Jack said.

When a patient freezes, he/she can activate either a visual or audio cue with a press of a button.

"The audio cue is a metronome," Collin said. "You visualize yourself stepping to the beat of that metronome."

Jack Brill's Parkinson's worsened during the development of the NexStide so it does not work reliably for him, however, that was never his goal.

"Jack is the person who wants to help everybody. His idea is to help the world," his wife said.

As pre-orders and international interest pours into Collin's De Oro Devices office, Earl Severo is one of the first to attest to the life-changing difference the little, low-tech gadget has made in his life.

"With the laser, it's an instant trigger for me to take my first step. I don't know how it works but it works," Severo said.

Collin says the first production of 250 devices is expected to ship from a California-based manufacturer by Dec. 1.