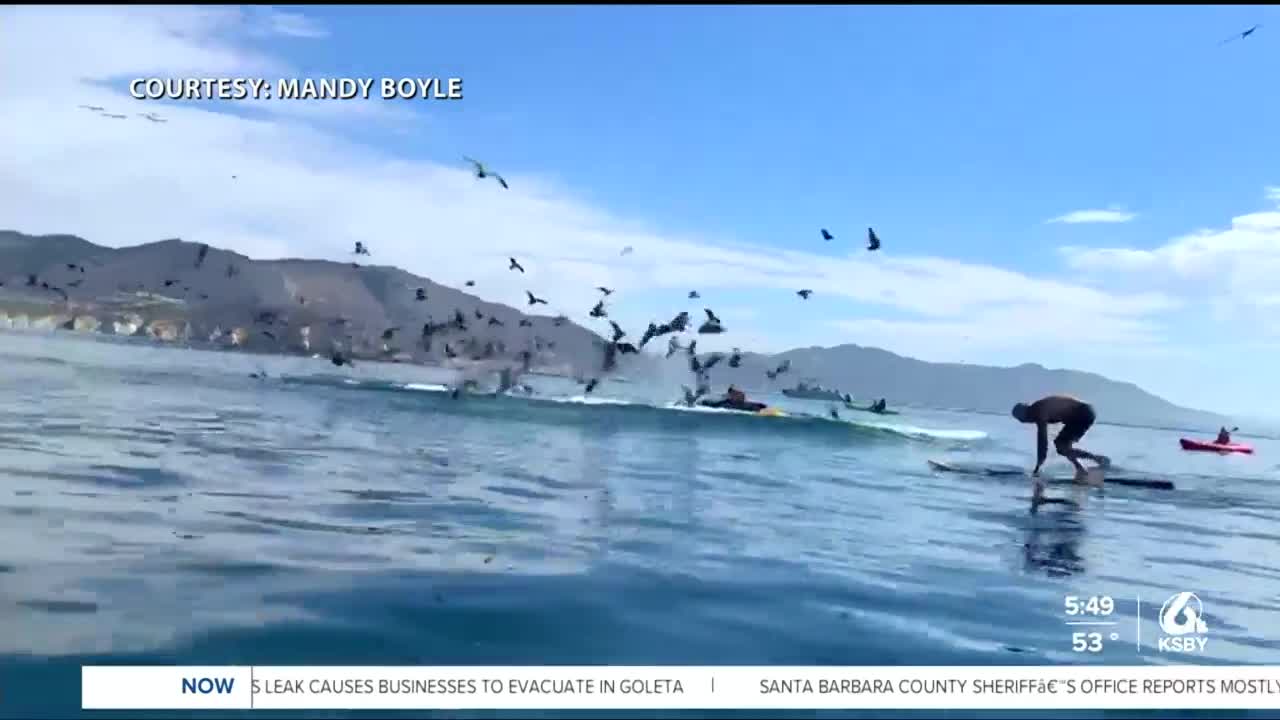 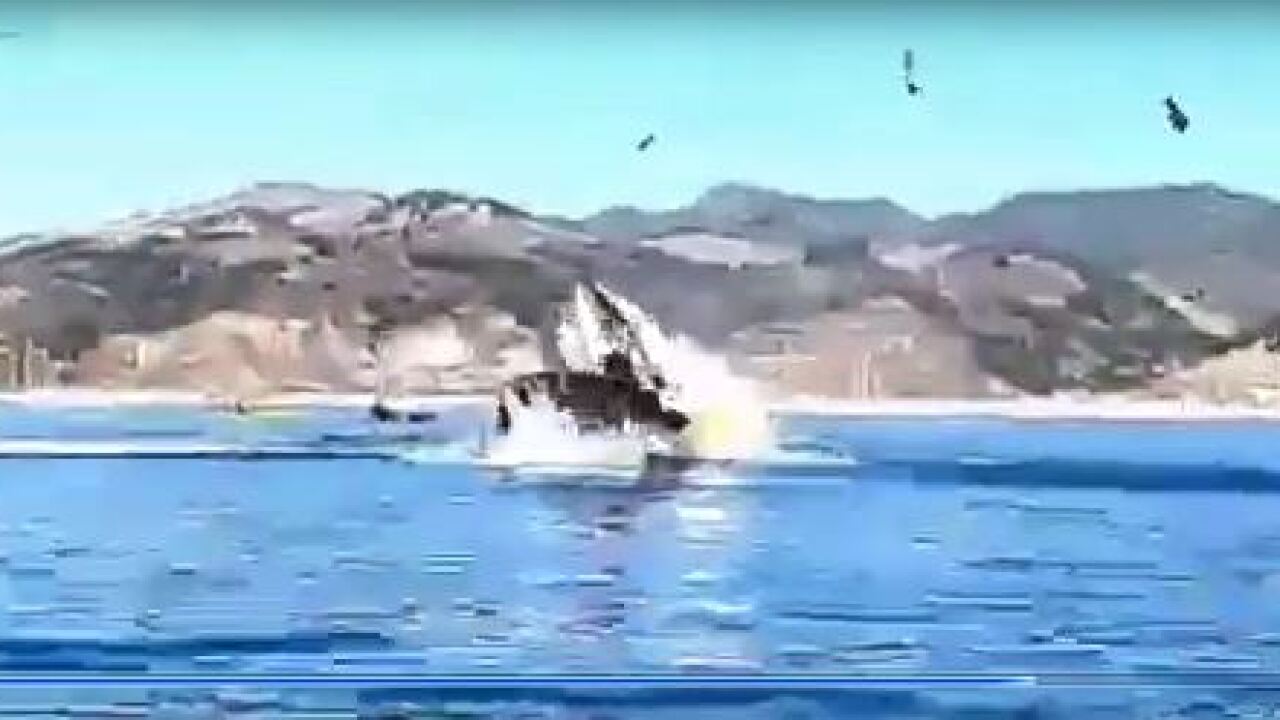 Harbor officials say two women are lucky to be alive after a humpback whale capsized their kayak in Avila Beach Monday.

The incident near the Cal Poly pier was caught on video by multiple people in the area.

Julie McSorley, who lives nearby, says she went out Sunday and took pictures of the whales and convinced her friend to go kayaking with her on Monday.

McSorley says there were a lot of birds and fish in the area, so people had their phones out thinking something would happen.

She says they could see whales off in the distance but then seconds later, one was right under them.

While some video footage makes it appear like the women went inside the whale’s mouth, McSorley says their kayak just overturned and they were thrown underwater.

In her video, you can hear McSorley scream before going under for about five or six seconds. When she is able to come up for air, you can hear the friends asking if each other is OK before one replies, “We’re good.” Before the video ends, a whale can be seen below the surface of the water.

Humpback whales are considered an endangered species and marine mammal experts say they can be unpredictable and dangerous and people should keep about a football field’s worth of space between themselves and the large mammals when possible.

The Port San Luis Harbor Patrol says enforcement can be difficult as one moment there is plenty of space and then the next moment the whales are right there.

The whales have been making appearances close to shore between Morro Bay and Avila Beach recently.

Marine mammal experts say they are looking for food that is easier to find right now closer to shore.

Related: Humpback Whales making a splash on the Central Coast