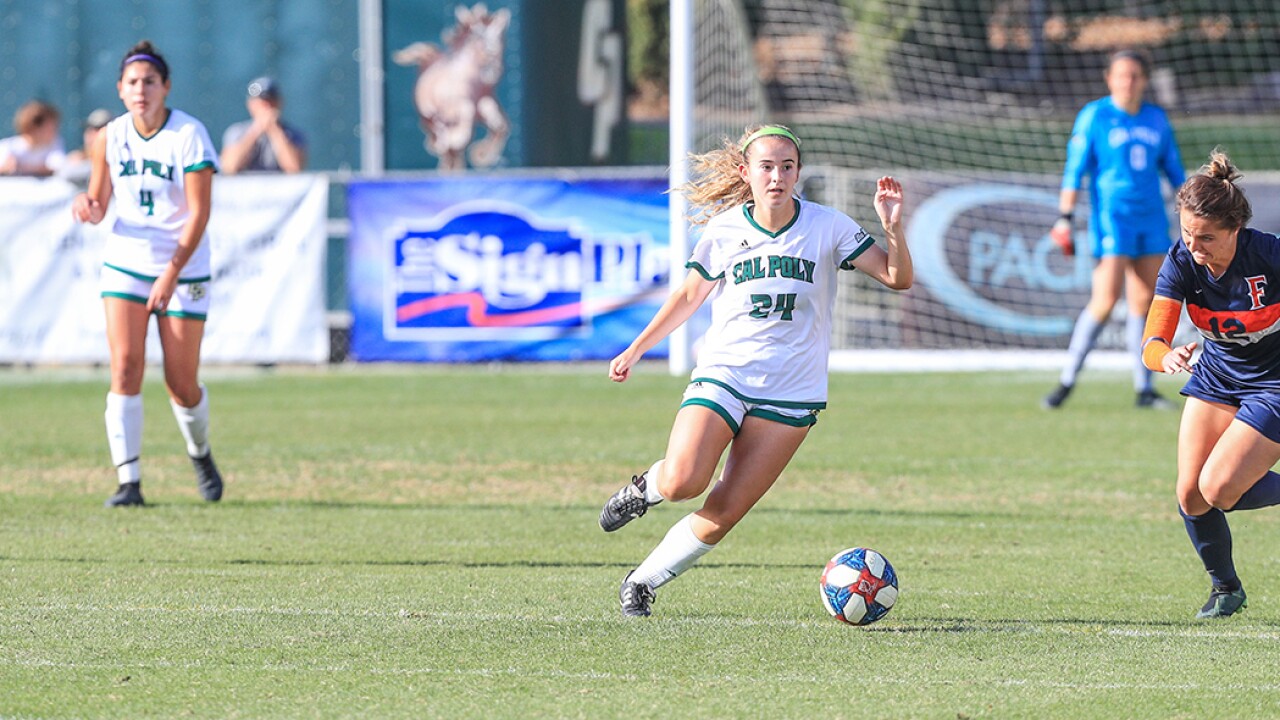 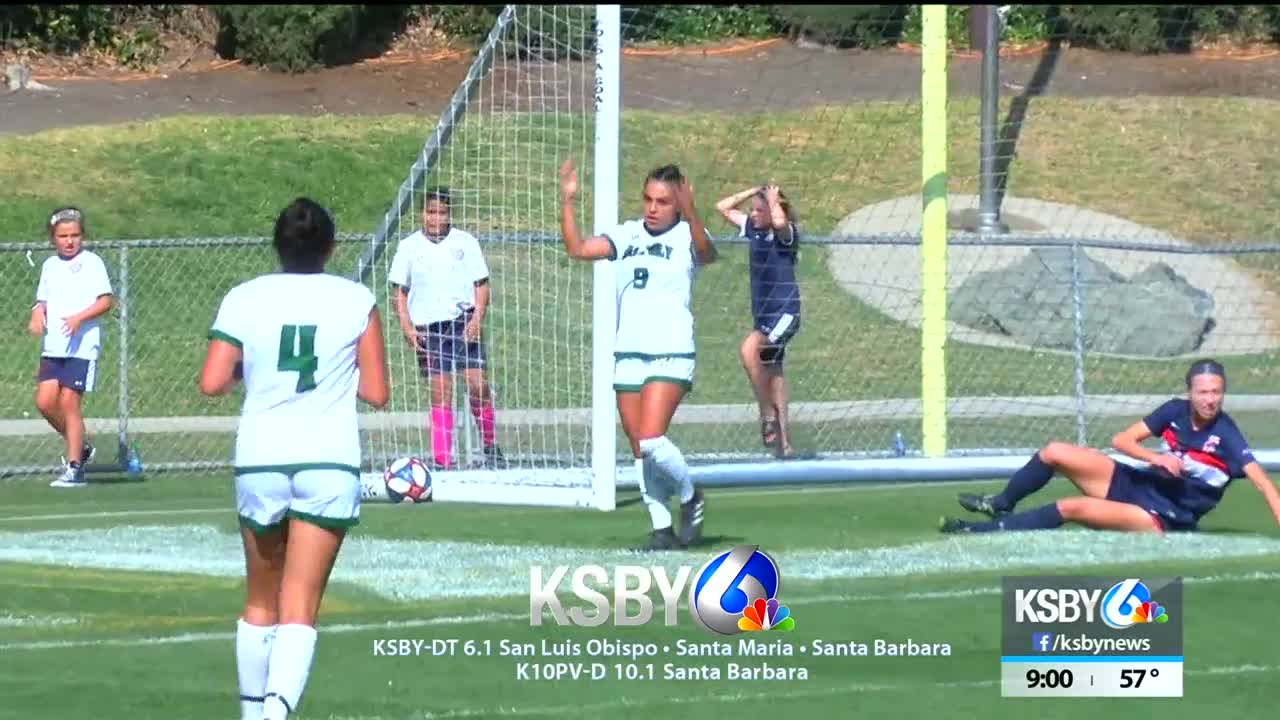 Sarah Davidson scored an 18th-minute goal off an Atlanta Primus corner kick on Sunday, lifting the Cal State Fullerton women’s soccer team to a 1-0 win against Cal Poly in front of a crowd of 1,017 at Alex G. Spanos Stadium.

Cal Poly opened up with several key chances early on, beginning with a second-minute shot on goal from Brooke Rubinstein. Titan goalkeeper Noa Schumacher was there for the save, though, six minutes before the CSF back line also deflected a shot on target from the Mustangs’ Jordan Patane.

Possession swung back to Cal State Fullerton, leading to Haley Brown shooting off the crossbar in the 17th minute.

Then in the 18th, Primus lined up a corner kick for the Titans at the left flag. The ball landed amidst a clustered trio of Fullerton players and two Mustang defenders, bouncing back out a few feet to the edge of the 6-yard box. Davidson seized the golden opportunity, quickly pouncing on the loose ball, sweeping a right-footed shot beyond the diving reach of Cal Poly keeper Sophia Brown into the back of the net.

It was the first goal of the year for Davidson, while the assist was Primus’ conference-leading 11th for the season, upping her career total to 22, the seventh-most in Big West history.

Cal Poly almost equalized with a 26th-minute shot from Sidra Bugsch, nearly from the same location where she scored in Thursday night’s draw at Hawaii, but Schumacher again stepped in front.

Seven minutes after the teams returned to the field from halftime, Mustang freshman Nikki Trucco also tested Schumacher, but the redshirt freshman from Torrance again came up with the stop.

Brown made saves in the 60th and 65th minutes, including taking a Megan Day header out of the air, to keep the deficit at a one-goal margin.

Cal Poly also had two more second-half chances courtesy of Lafaix in the 46th (deflected by the CSF defense) and 56th (aiming just wide of the post) minutes, and the Mustangs attempted five of their seven corner kicks for the afternoon after intermission, but the Fullerton back line was able to produce the crucial clearances when they needed them.

With the win, the Titans (4-0-3 Big West; 11-2-4 overall) have a shot at claiming the league’s regular-season title during their finale against CSUN next Sunday.

In eighth place in the Big West standings with 5 points (via 1-3-2; 4-10-3), the Mustangs head into the final week of the regular season still alive for the fourth & final seed to the upcoming conference tournament. Cal Poly would need victories in both of its final two games to reach an 11-point total in the table, and then receive help from pending matchups elsewhere around the conference in order to advance.

The Mustangs, who returned from Hawaii on Saturday, stay at home in the week ahead.

Cal Poly will host UC Irvine at 7 p.m. Friday, Nov. 1, before welcoming UC Riverside to Spanos Stadium for a 2 p.m. kickoff Sunday, Nov. 3 (with free admission to kids 13-&-under for Youth Day).