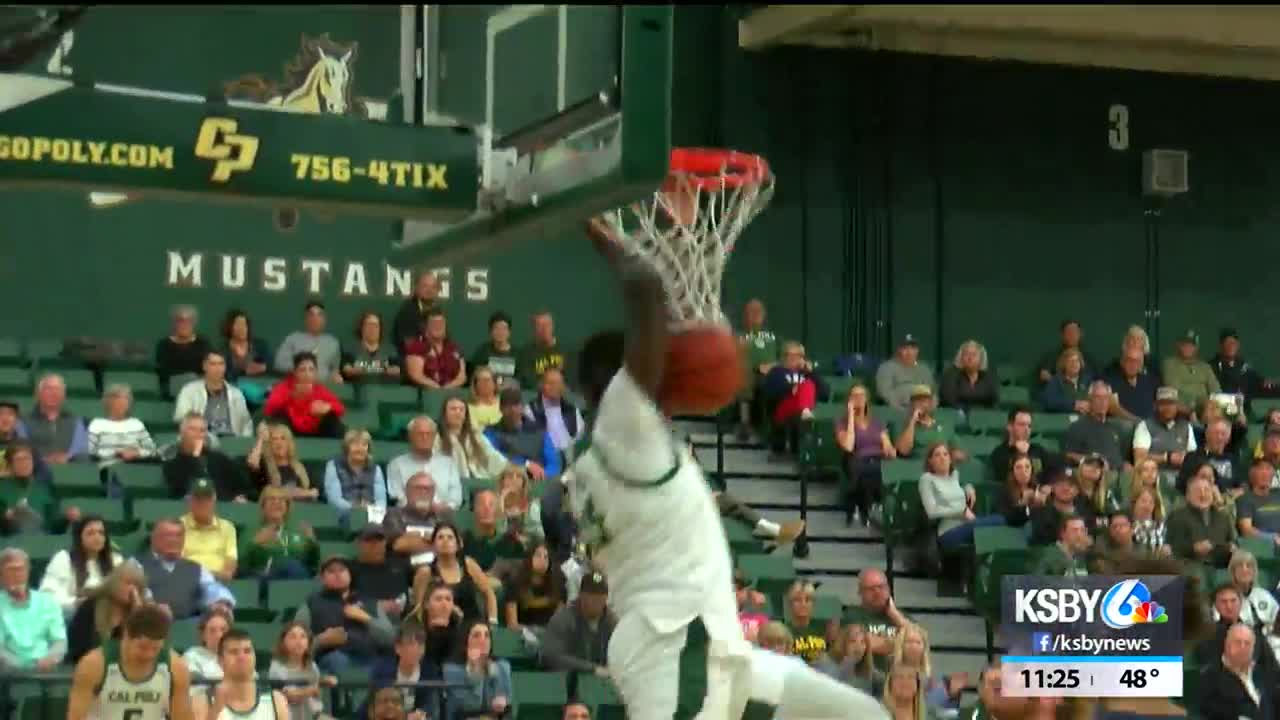 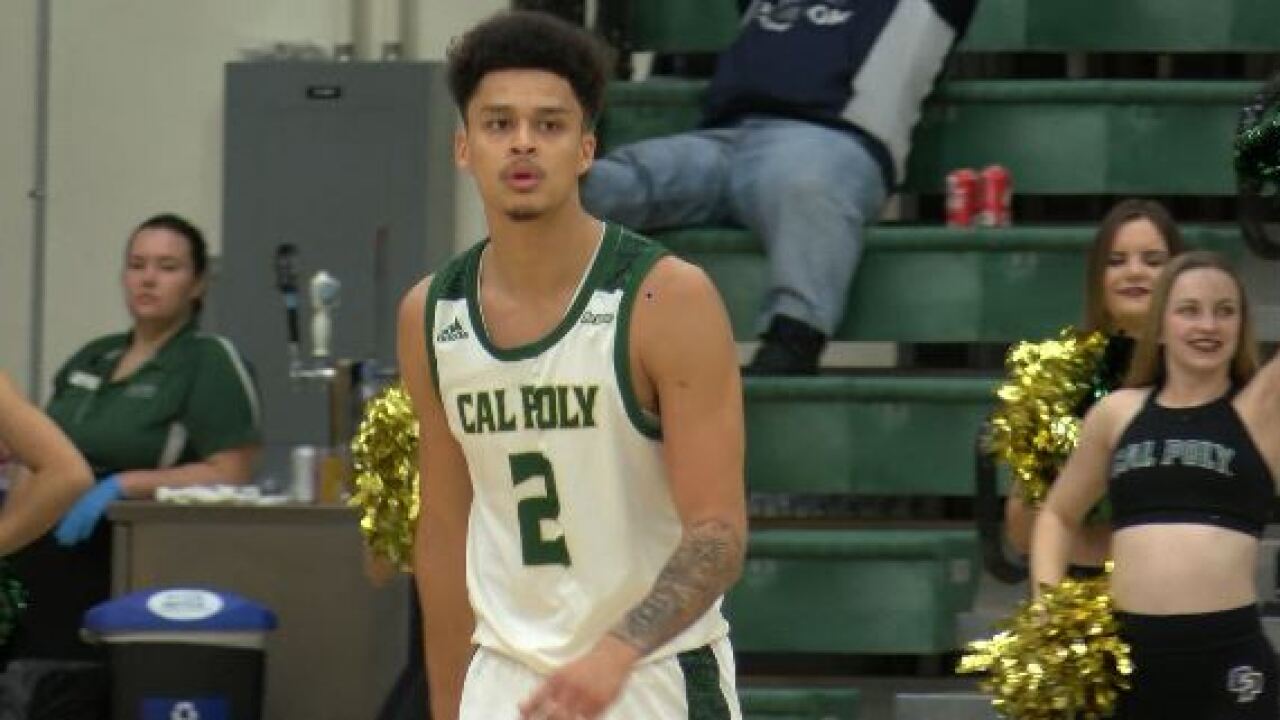 Cal Poly made 36 of 41 free throws, setting a school record for free throws attempted in a game, and the bench tallied 62 points as the Mustangs defeated Vanguard 85-82 in a non-conference men’s basketball game Friday night inside Mott Athletics Center.

Vanguard scored the first nine points of the game and Cal Poly answered with 13 points in a row for a 13-9 lead with 11:40 remaining in the first half. The visiting Lions led only twice in the game — at 9-0 in the opening three minutes and at 21-20 midway through the first half.

A three-pointer by Colvin gave Cal Poly the lead for good at 23-21 with 6:13 to play and the Mustangs led by as many as six points before settling for a 38-34 advantage at halftime.

Cal Poly led by as many as 12 points in the second half, 80-68 with 1:57 to play on a pair of Jamal Smith free throws, before Vanguard mounted a furious comeback, pulling to within two at 84-82 on a three-pointer by Jonah Tolmaire with 19 seconds to go.

Keith Smith made one of two free throws with 18 seconds remaining for an 85-82 Mustang lead and Vanguard missed three shots in the final eight seconds.

With the win, Cal Poly is 42-1 versus non-Division I schools since transitioning to Division I prior to the 1994-95 season.

The Mustangs, who attempted 35 free throws in the second, sinking 31, set the record for free throws attempted in a single game. Old mark was 40 versus Clarion State in the NCAA Division II Tournament on March 7, 1981.

All 11 Mustangs who played scored. Vanguard was paced by Isaiah Gentry with 20 points. Tolmaire added 13 and Aziz Seck and James Moore 10 each.

Cal Poly made 44 percent of its floor shots, including nine of 24 from three-point range, while Vanguard connected on 40 percent of its field goal attempts, 10 of 27 from long range.