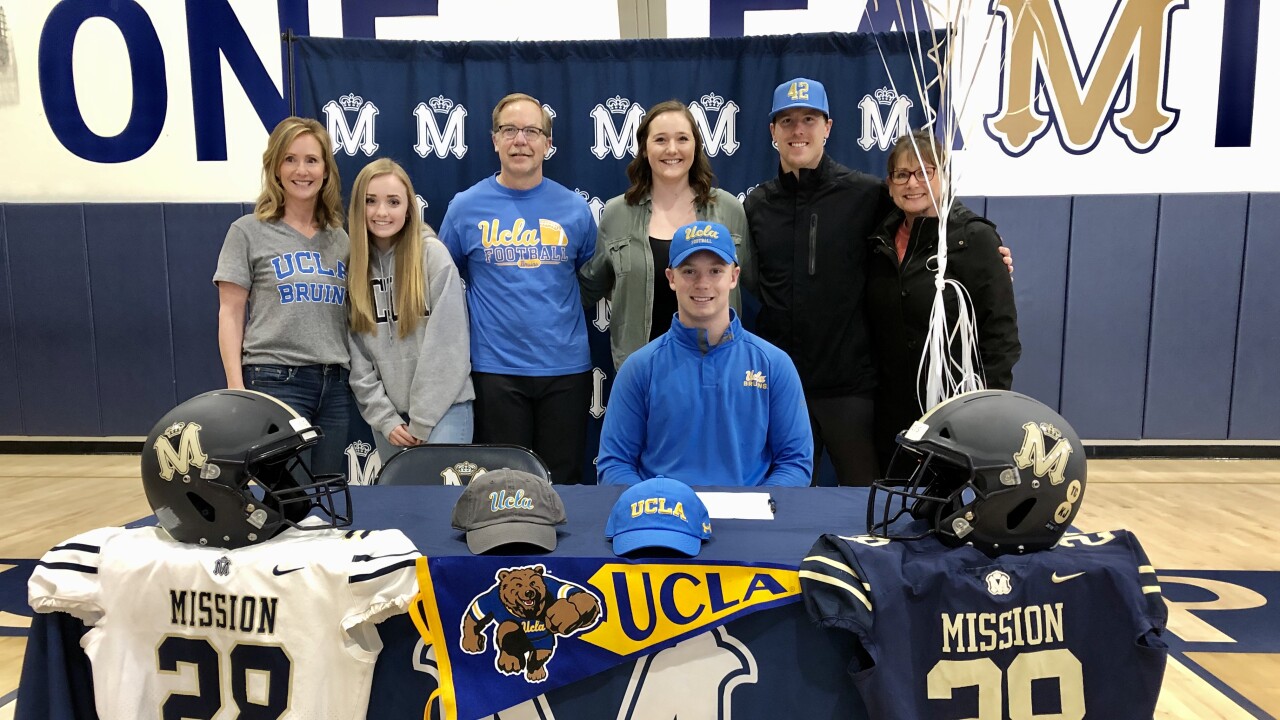 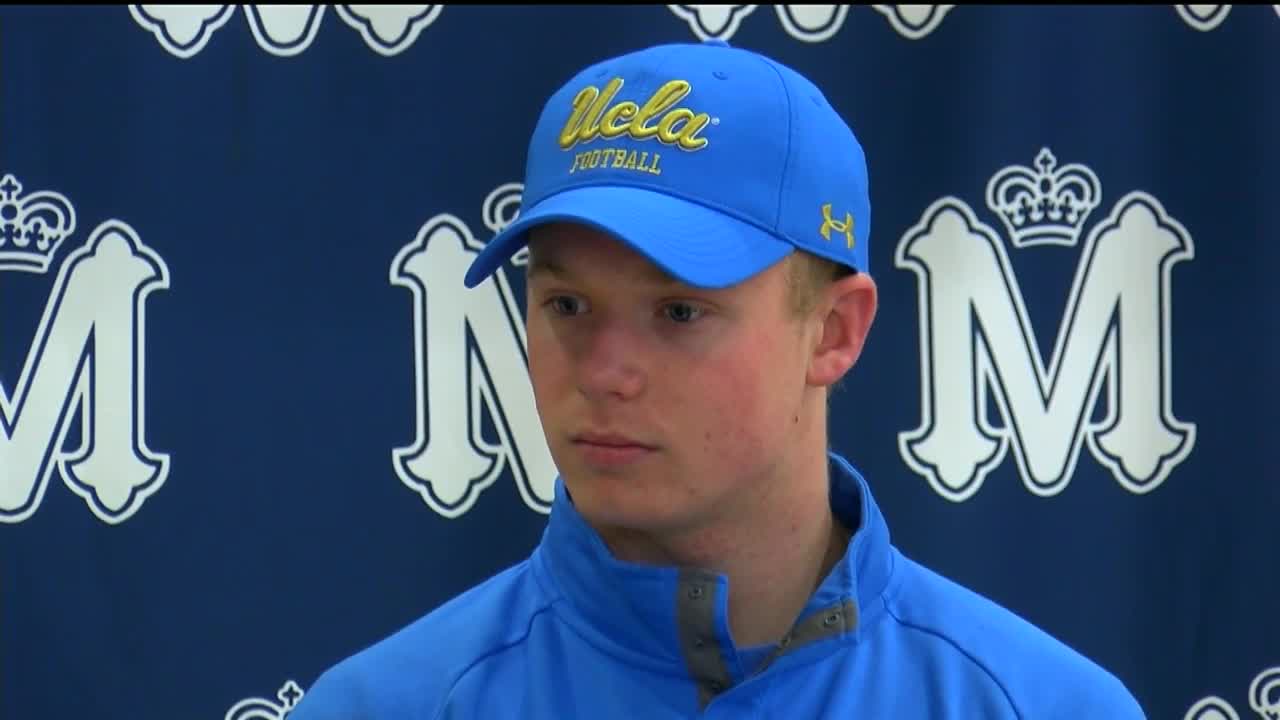 National Signing Day is a special moment for so many high school student-athletes across the country, but for Mission Prep's Brian Kowall, a couple of foot injuries before his senior season on the gridiron created a bit of an unknown as to where he'd play his college football.

On Wednesday morning inside the Mission Prep gymnasium, all questions were answered as Kowall signed his National Letter of Intent to play football at UCLA. Kowall will enter the Bruins' program during the summer as a preferred walk-on.

UCLA is gaining one the best running backs Mission Prep has ever had. Kowall rushed for over 4,000 yards in his career, and is the program's second all-time leading rusher. He is also the Royals' all-time leader in rushing touchdowns with 57.

During his senior campaign, Kowall played nine games, rushed for 1,260 yards on 217 carries, and scored 16 touchdowns.

Kowall says his connection with UCLA was strong and that's why he decided to sign the dotted line.

"The coaching staff, really. They reached out to me and I connected with the immediately. The way they welcome in preferred walk-ons, they treat them as any other kid with a scholarship," Kowall said. "It really stood out to me. I mean, they're also a Division 1 program and it's UCLA, so what else can I say about that."

Kowall's path to the next level is eerily similar to another Mission Prep great, Patrick Laird -- who is also Kowall's cousin.

Laird walked on at Cal before becoming the Bears' go-to back his final two seasons in Berkeley. He just finished up his first season in the NFL as an undrafted free agent with the Miami Dolphins, rushing for 168 yards and one touchdown.

Kowall and Laird have developed a great relationship off the field.

"It really shows what a guy from the Central Coast can do, anything is possible," Kowall said. It's been really cool to have the opportunity to connect with him one-on-one."

"We don't discuss on-the-field situations way too often, but he's picked my brain a bit," Laird added. "The stuff he's accomplished on the field is all due to his hard work."

The number "28" at Mission Prep will have some big shoulder pads to fill going forward as Kowall and Laird combined to rush for over 8,000 yards this decade.