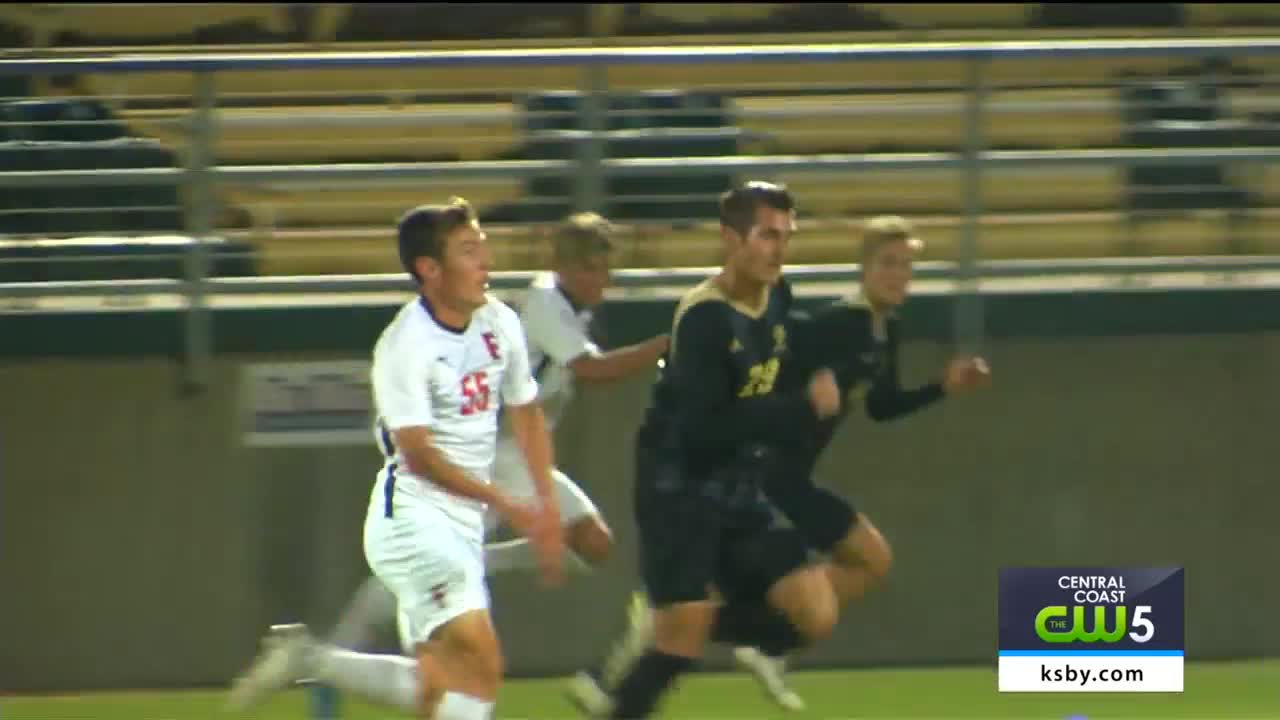 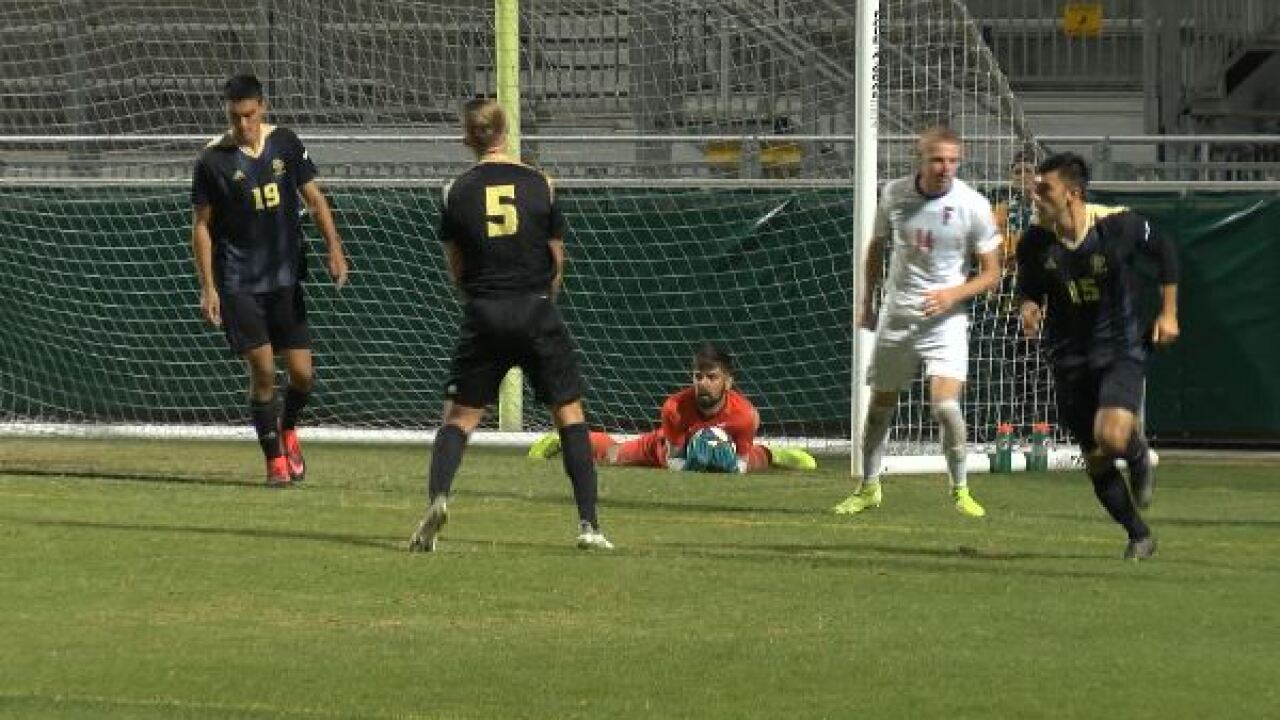 Goals from Cal State Fullerton forward Owen Lambe and midfielder Jessy Sotelo either side of halftime marked the difference Wednesday evening for the Titans as the Cal Poly men’s soccer program saw its season come to a close with a 2-0 loss in the opening round of the Big West Conference Tournament at Alex G. Spanos Stadium.

Sophomore goalkeeper Carlos Arce-Hurtado chalked up four saves for fourth-seeded Cal Poly (7-9-1), which drew a penalty 49 seconds into the match after Cal State Fullerton (12-6-1) was whistled for a hand ball inside the penalty area. Senior captain Diego Alonso, however, dragged his penalty attempt past the left post.

With Cal Poly returning to the Big West Tournament and hosting an opening-round match for the first time since 2015, Arce-Hurtado produced saves in the fourth, ninth and 11 minutes to keep the early scoreline level.

Lambe, however, found the eventual game-winner on 23 minutes. Dribbling up the center of the field, Titans midfielder Sebastian Cruz laid a pass off for Lambe, who notched his second goal of the season from the right side of the penalty area.

Cal Poly was kept without a shot on target until graduate forward Spencer Held was turned away by Titans goalkeeper Paul-Andre Guerin in the 28th minute. Held was stopped again a minute later as Cal State Fullerton took a 1-0 lead into the break.

Into the second half, Cal State Fullerton doubled its advantage in the 63rd with midfielder Oscar Flores finding Sotelo.

Cal Poly managed one more shot on goal to close the match with junior defender Josh Graham’s header thwarted by Guerin in the 70th.