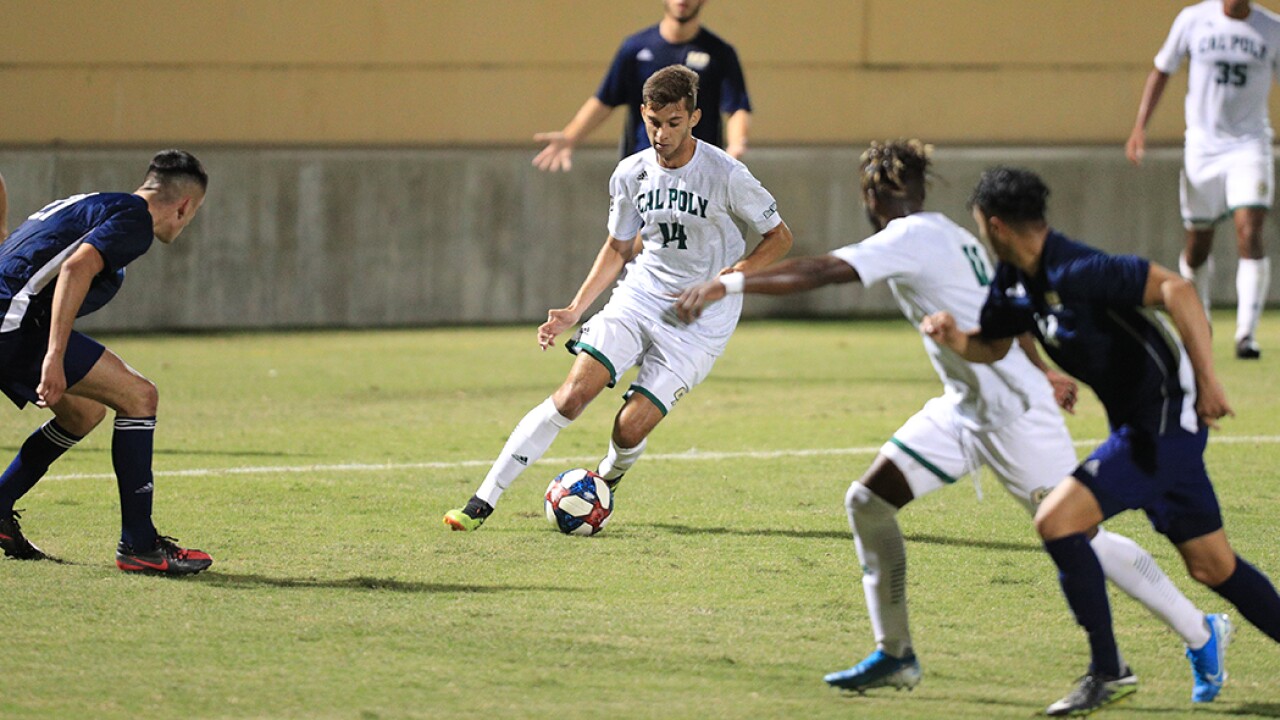 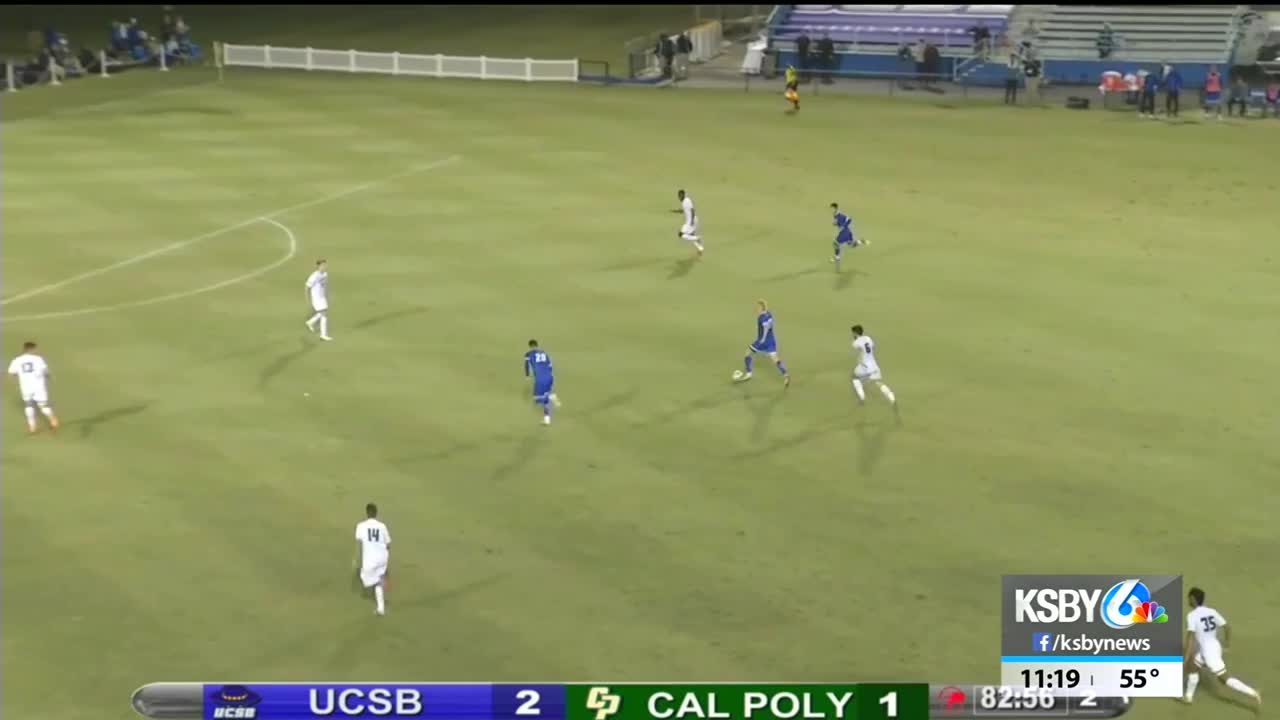 Cal Poly men’s soccer junior forward Angel De Leon’s second goal of the year cut UC Santa Barbara’s lead in half with 10 minutes to play, but the Gauchos added an 84th-minute goal to complete a 3-1 decision versus the Mustangs on Saturday evening during the 2019 Blue-Green rivalry series opener inside Harder Stadium.

With each of the Big West Conference’s eight programs playing the remaining sides just once (on a home-and-home basis, rotating each season), Saturday’s matchup was scheduled as a non-conference meeting. The countable game in the Big West standings between Cal Poly and UC Santa Barbara this season occurs on Saturday, Nov. 2 in San Luis Obispo.

Arce-Hurtado kept Saturday’s early scoreline level with saves in the ninth and 22nd minutes, but UC Santa Barbara – which outshot Cal Poly during the opening half, 10-4 – produced the opening goal in the 33rd with forward Rodney Michael finding substitute Carter Clemmensen.

Arce-Hurtado chalked up one more save to close the opening half, turning away forward Ameyawu Muntari in the 43rd minute to preserve the 1-0 deficit.

Into the second half, Michael elicited a 52nd-minute save from Arce-Hurtado. Sixty-one seconds later, however, Michael played a cross near the right post that was deflected into the back of the Mustang net by Cal Poly junior defender Josh Graham.

Ten minutes from full time, however, Cal Poly’s lone corner kick of the evening fell to freshman defender Zach DiDonato, who slid an attempt toward De Leon. De Leon then redirected his goal past Roach.

to De Leon after a scramble in the penalty area and forward knocked the loose ball past Roach to halve UC Santa Barbara’s lead.

The Gauchos (7-2-2) though reasserted the two-goal advantage in the 84th as midfielder Finn Ballard McBride scored his fourth of 2019.