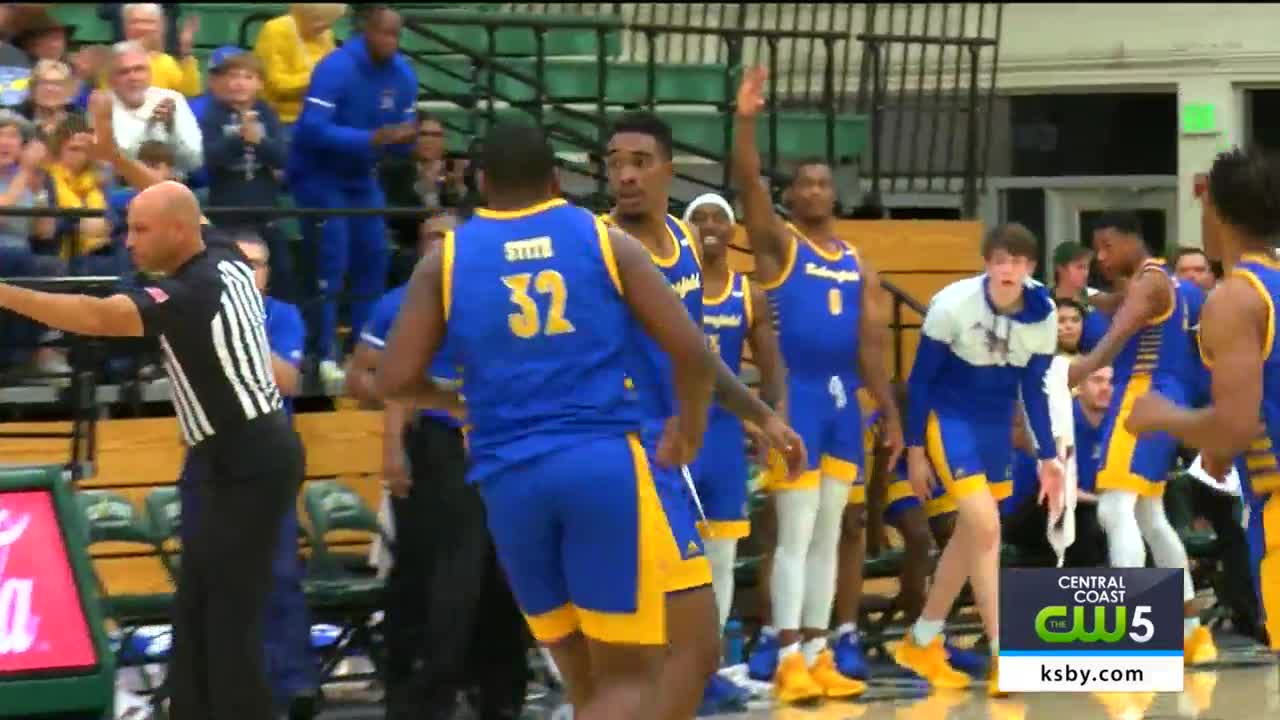 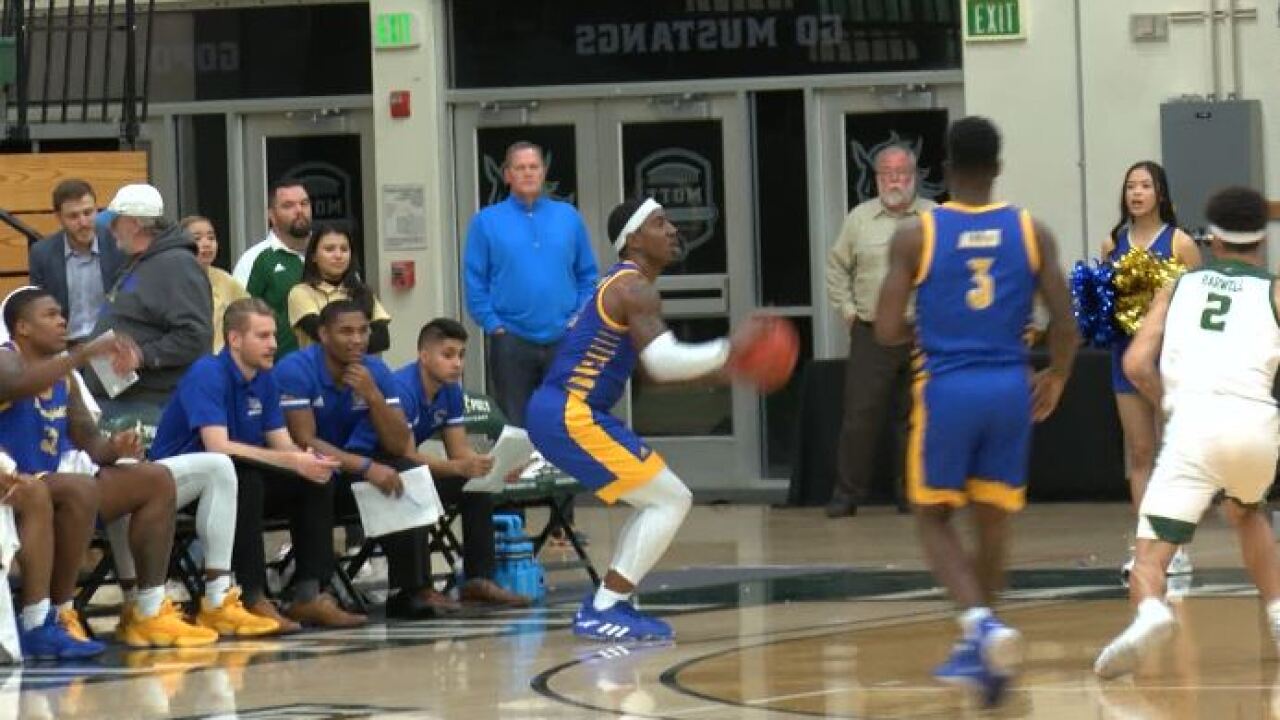 Taze Moore tallied 13 points and was the lone player in the game in double figures as CSU Bakersfield led all the way in a 72-50 victory over Cal Poly in a non-conference men’s basketball game Saturday night inside Mott Athletics Center.

Seven other Roadrunners scored between six and eight points for CSU Bakersfield (6-8).

CSU Bakersfield scored the first eight points of the game and never looked back, opening up a 16-point advantage at 29-13 with 5:20 to play in the first half before settling for a 31-20 lead at the break.

Cal Poly closed the gap to seven points at 45-38 on a jumper in the key by Tuukka Jaakkola with 10:05 to play before the Roadrunners went on a 12-0 run to pull away.

Cal Poly’s 21 points in the first half is a season low.

The Mustangs were held to just 25 percent shooting form the floor in the first half and finished at 34 percent (16 of 47), including five of 20 from three-point range. CSU Bakersfield hit 48 percent of its field goal attempts (27 of 56), including seven of 16 from long range.

Cal Poly turned the ball over just 13 times, threw fewer than the Roadrunners, but was outrebounded 42-25. De’Monte Buckingham grabbed eight boards for CSU Bakersfield and Keith Smith had five off the bench for Cal Poly.