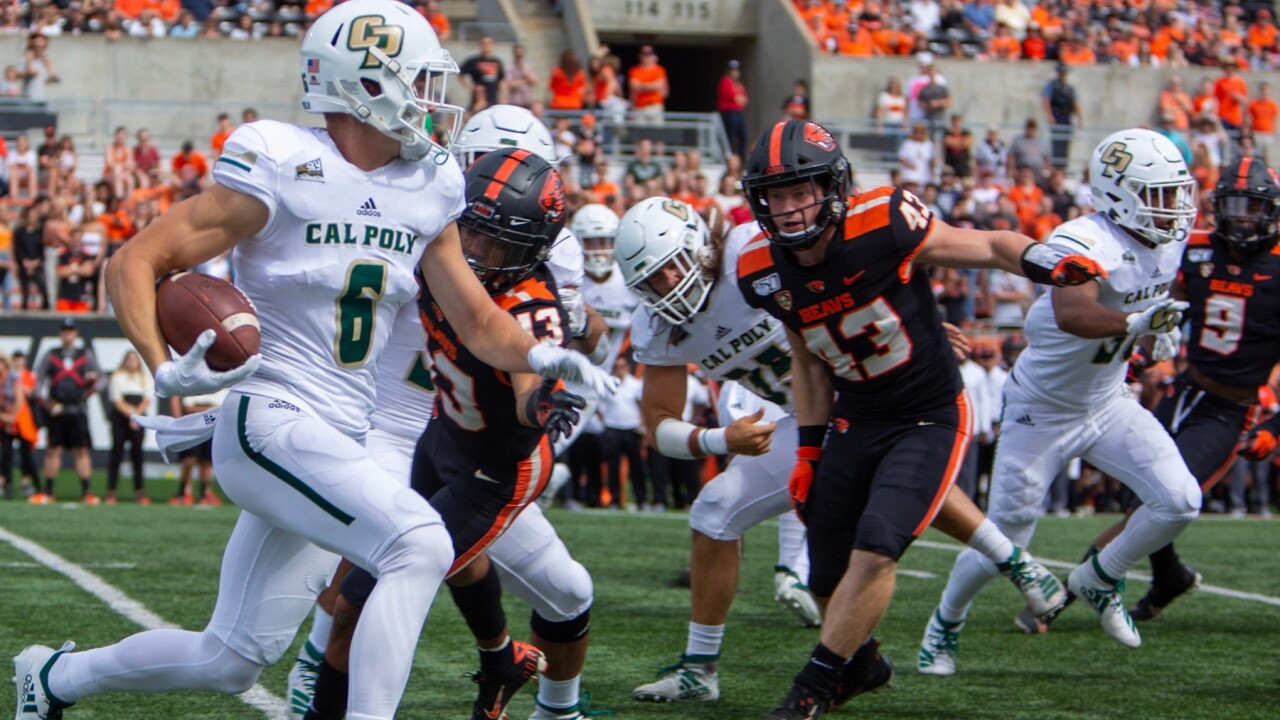 Senior quarterback Jake Luton passed for 255 yards and four touchdowns to lead Oregon State to a 45-7 victory over Cal Poly in a non-conference football game Saturday afternoon before 33,585 inside Reser Stadium.

Luton twice hit Isaiah Hodgins and Champ Flemings for touchdowns in the first half as the Beavers (1-2) raced to a 38-7 halftime lead and never looked back.

The Mustangs answered an eight-yard Luton to Hodgins touchdown play with a score of their own as Xavier Moore caught an eight-yard scoring pass from Jalen Hamler, tying the game at 7-7 with 8:02 to play in the opening quarter.

Oregon State, however, scored the next 31 points of the game before halftime.

Luton again hit Hodgins with an 11-yard touchdown pass and, in the second quarter, connected with Flemings on 47- and 75-yard scoring passes. B.J. Baylor added a six-yard run and Jordan Choukair made a 26-yard field goal for the Beavers.

Only score of the third quarter was a five-yard run by backup quarterback Tristan Gebbia. There was no scoring in the final period.

Cal Poly had other scoring opportunities besides the one touchdown, but Colton Theaker missed a pair of field goal attempts spanning 37 and 42 yards, both in the first half. The Mustangs also drove to the Oregon State 19-yard line midway through the final period before Hamler threw his first interception of the year. Shawn Wilson made the theft at the Beavers' one-yard line.

Hamler completed five of 10 passes for 112 yards and the one touchdown. J.J. Koski was the only Mustang with multiple catches, grabbing two for 61 yards.