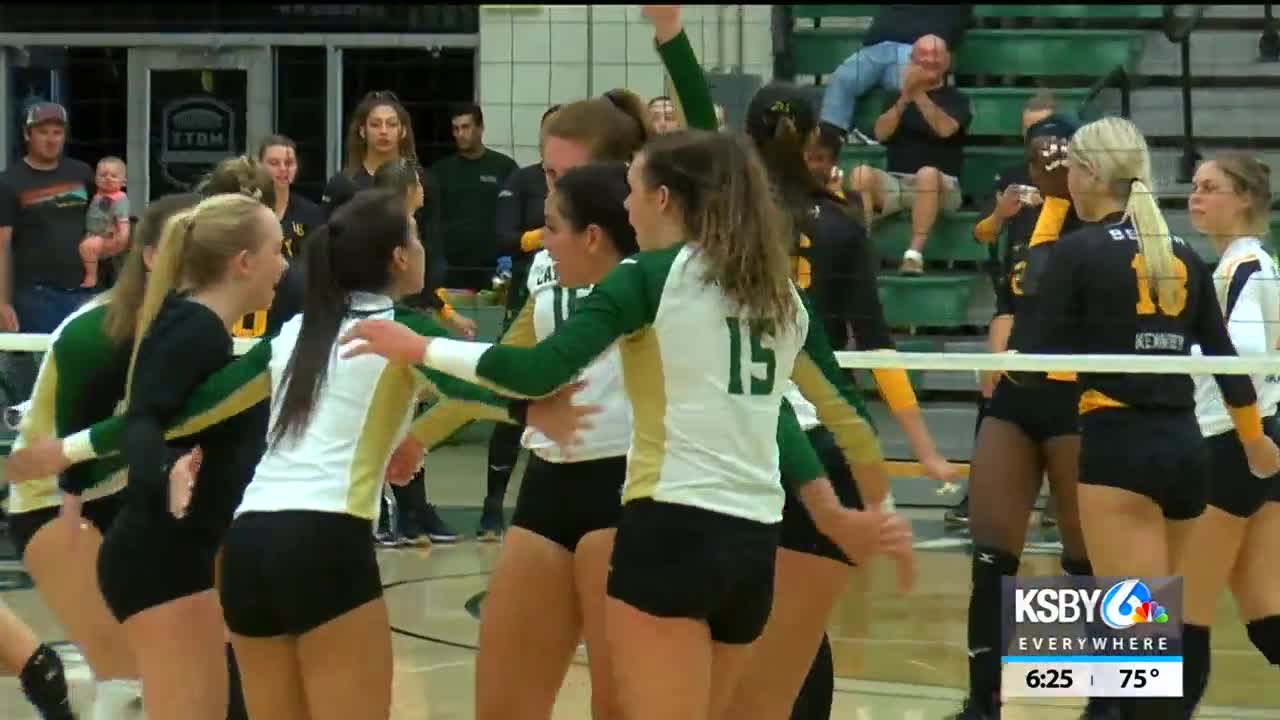 Currently tied atop the Big West standings at 5-0, the Cal Poly volleyball team will put that perfect conference record on the line this week when it faces a tough No. 19 Hawai'i team inside Mott Athletics Center.

Links for tickets, video, audio, and live stats can be found above, on the schedule page or via the GoPoly Front Row app.

A matchup between the teams who have finished first and second in the Big West each of the last two seasons, it has quickly become one of the best rivalries in the conference. Cal Poly has defeated Hawai'i at home the past two seasons, both coming in front of sellout crowds. The Mustangs have won three of the last four meetings against the Rainbow Wahine.

Last season, Cal Poly won the first meeting of the season at home 3-1 before falling in Honolulu 3-2. Overall, Hawai'i leads the all-time series 40-7.

The Mustangs come in to the match riding a seven-match win streak. They are coming off a pair of wins last week against UC Riverside and UC Davis. On Friday, they swept the Highlanders before defeating the Aggies in five sets on Saturday.

For her efforts in those two wins, junior outside hitter Maia Dvoracek won her third Big West Player of the Week award in the last four weeks. In the two victories, Dvoracek averaged 3.88 kills, 1.50 digs and 0.88 blocks per set.

In the sweep over the Highlanders, Dvoracek finished with 10 kills, seven digs, three blocks and an ace. In the win over the Aggies, she notched a match-high 21 kills to go along with five digs, four blocks and an ace. In conference matches so far this season, she is averaging 4.76 kills per set. She also ranks second in all of Division I with 44 service aces.

In addition to winning its last seven matches, Cal Poly has won its last 11 Big West matches and has won 27 straight matches at Mott Athletics Center, the longest active home winning streak in the country.

Currently, the Mustangs are tied for first place in the Big West with UC Santa Barbara, who is also 5-0, and will face Hawai'i on Saturday.

After starting the season 13-1 and reaching an AVCA ranking as high as No. 11, the Rainbow Wahine suffered their first conference loss of the season last week when they were upset by UC Irvine 3-2 in a reverse sweep. They bounced back the next night with a 3-2 victory over Cal State Fullerton and are now in third place in the Big West at 3-1.