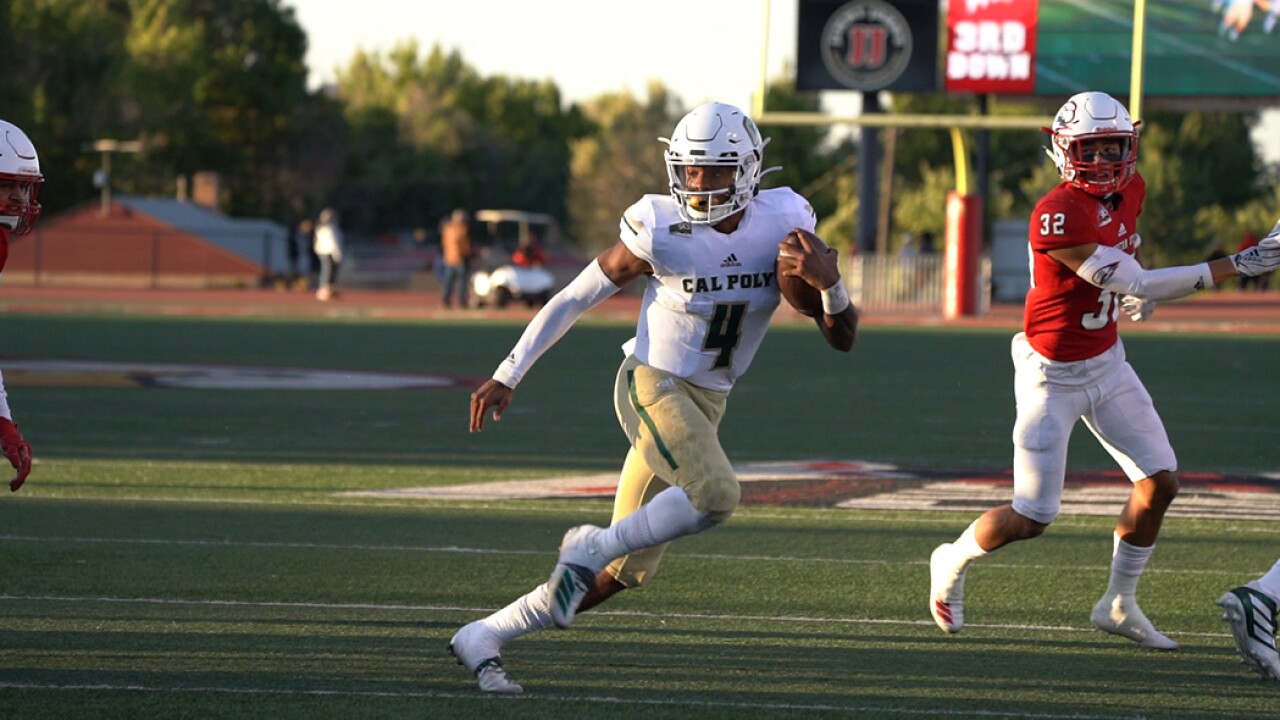 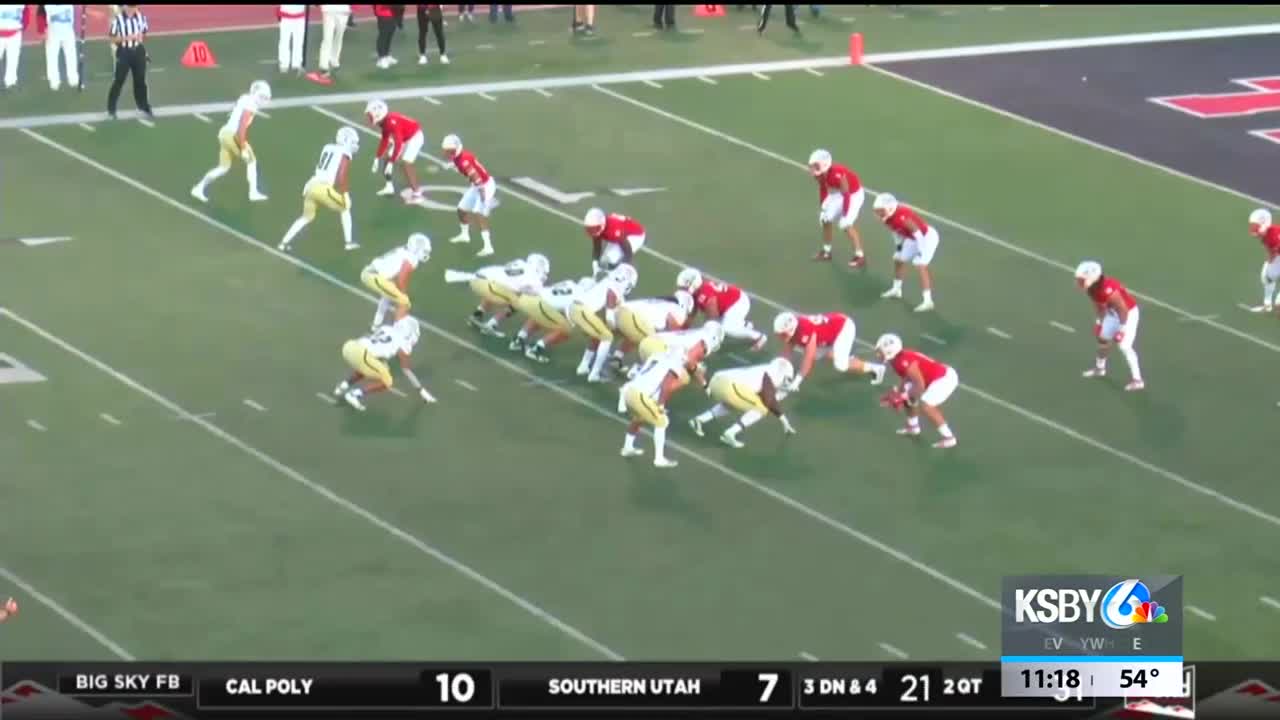 Jalen Hamler ran for two touchdowns and his backup, Jake Jeffrey, added another as Cal Poly built a 24-13 lead and held on to edge Southern Utah 24-21 in a Big Sky Conference football opener for both schools Saturday night inside Eccles Coliseum.

The Thunderbirds scored a touchdown early in the fourth quarter and made the two-point conversion to pull to within three points and had a couple opportunities to take the lead or tie the game, but Kekoa Sasaoka’s 22-yard field goal attempt with 2:10 to play caromed off the left upright.

Cal Poly was able to run out the clock and even its record at 2-2. Southern Utah fell to 1-4.

Jay Green’s 21-yard touchdown run closed the gap to 17-13 in the third quarter, but Jeffrey scored from four yards out early in the fourth quarter to build Cal Poly’s lead back to 24-13.

A 56-yard pass play and a two-point conversion with nine minutes to play helped Southern Utah pull to within three points, but the Thunderbirds were unable to get on the scoreboard the rest of the way.

Southern Utah had a 371-333 advantage in total offense but Cal Poly held a 22-16 edge in first downs and had possession of the ball for over 37 minutes.

Fullback Duy Tran-Sampson rushed 24 times for 81 yards and Hamler finished with 65 yards on 20 trips. Hamler completed two of four passes and Jeffrey connected on both of his attempts. J.J. Koski had all four catches for 55 yards.

Cal Poly, which did not play a home game in September, returns home next Saturday to host Montana State for another Big Sky game. Kickoff of the Hall of Fame Game is set for 5:05 p.m.