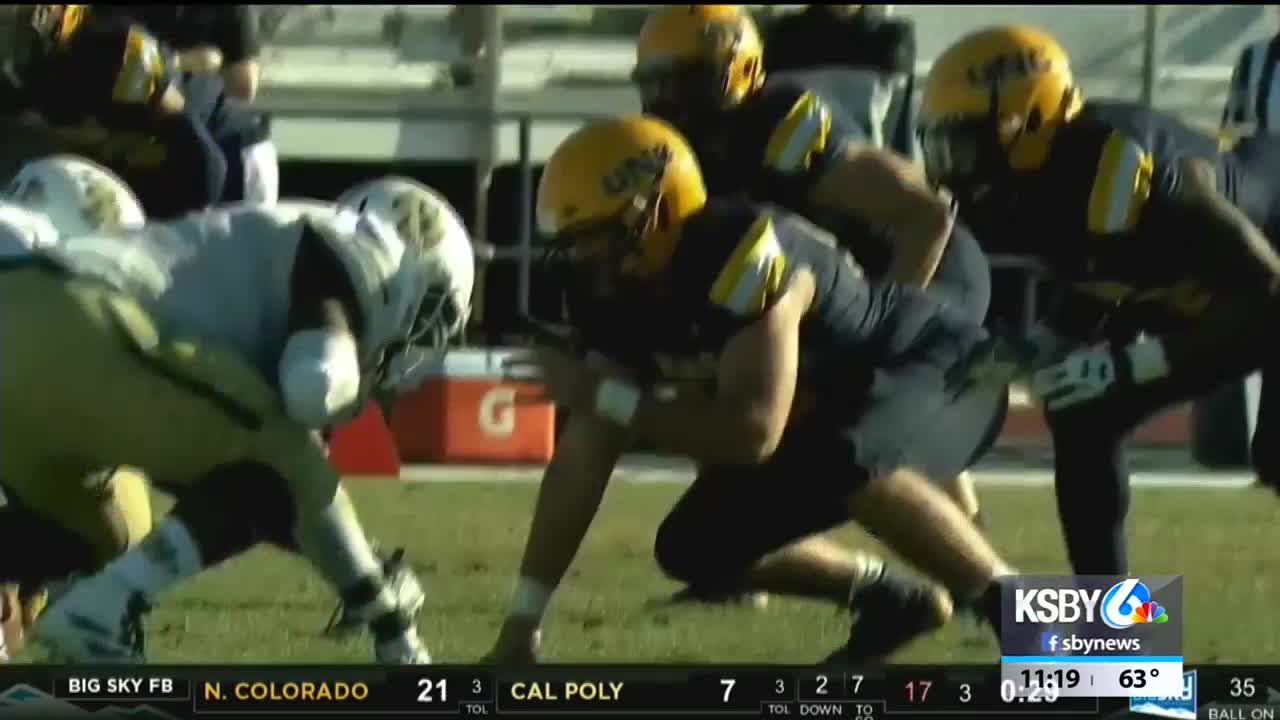 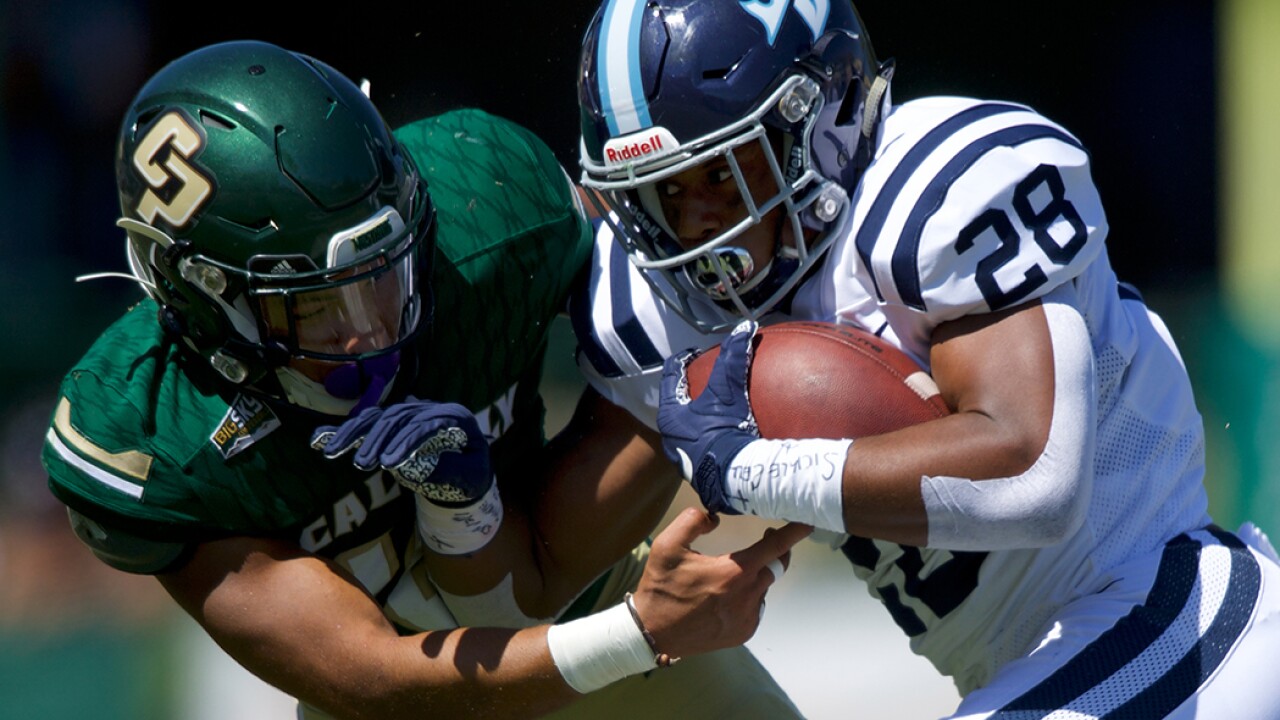 Three interceptions in the second half, two by Kevin Howell – one returned for a touchdown – sparked Cal Poly to a 28-21 victory over Northern Colorado in a season-ending Big Sky Conference football game Saturday afternoon at Nottingham Field.

The win snapped a six-game Mustang losing streak and lifted Cal Poly to 3-8 for the season and 2-6 in the Big Sky. Northern Colorado finished 2-10 and 2-6.

Sophomore fullback Duy Tran-Sampson scored two of Cal Poly’s first three touchdowns on runs of 65 and 1 yards and became the 23rd Mustang to surpass the 1,000-yard mark for a single season.

The 65-yard romp up the middle with 16 seconds left in the third quarter put him over the 100-yard mark for the fourth time this season and over the 1,000-yard mark as well. He finished Saturday’s game with 135 yards on 20 carries, giving him 1,033 yards for the year.

Kyle Reid, substituting for Jalen Hamler (hamstring pull) midway through the second period, rushed for 143 yards on 24 carries and scored Cal Poly’s first touchdown of the game on a two-yard run late in the second quarter, trimming Northern Colorado’s lead to 14-7.

Northern Colorado built its 14-0 lead on a 20-yard run by Milo Hall and a 13-yard pass from Jacob Knipp to Sam Flowers in the first 20 minutes of the game.

Knipp’s 46-yard pass to Willie Fairman with 4:01 left in the third quarter gave the Bears a 21-7 lead and capped a quick two-play 80-yard drive.

The three interceptions, all in the fourth quarter, fueled Cal Poly’s comeback.

Howell’s first theft set up Tran-Sampson’s one-yard touchdown run that tied the game at 21-21. His second theft put Cal Poly ahead 28-21 and Matt Shotwell intercepted Knipp with 11 seconds to play to clinch the victory.

Aaron Cooper had eight tackles, including a sack, to lead Cal Poly defensively.