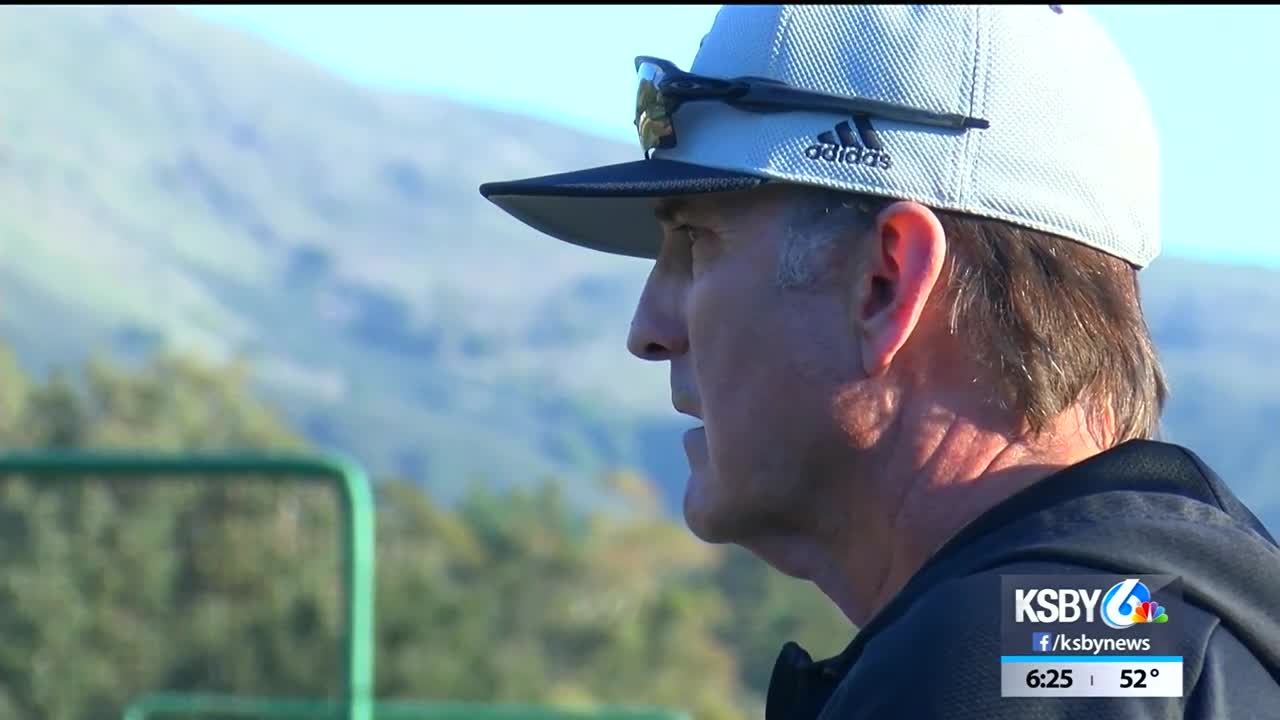 Cal Poly, which finished one victory shy of a Big West Conference championship in 2019 and its fourth NCAA Division I regional playoff berth in program history, opens the 2020 campaign this weekend with three games in the MLB4 Tournament against defending national champion Vanderbilt, runner-up Michigan and regional qualifier Connecticut.

Coach Larry Lee’s Mustangs face UConn on Friday at noon, Michigan on Saturday, also at noon, and Vanderbilt on Sunday at 1 p.m. (all times Pacific) at Salt River Fields at Talking Stick, the spring training home of the Colorado Rockies and Arizona Diamondbacks in Scottsdale, Ariz.

All three games will be broadcast live on ESPN Radio 1280 with Eric Burdick calling the play-by-play. Each contest also will be video streamed on MLB.com [mlb.com]. Links for audio and video streams as well as live stats are available on the baseball schedule page at www.GoPoly.com [gopoly.com].

Starting with the good news, the Mustangs battled back from a 2-9 start to even their overall mark at 28-28. At one time, Cal Poly was three games above the .500 mark at 20-17, winning 18 of 26 games, before falling back. On the final weekend of the season, the Mustangs won their first two games at No. 4-ranked UC Santa Barbara before dropping the season finale with a share of the Big West title and an NCAA regional berth on the line. The Mustangs finished in the upper half of the conference standings for the 15th time in Lee’s 17 seasons at the helm with their third consecutive second-place finish.

The bad news is that Cal Poly has been victimized by slow starts four of the last five seasons and will play 15 games against seven teams that qualified for the postseason a year ago. In addition to Vanderbilt and Michigan, the 2020 schedule also features five consecutive weekend series at home, including three more with the Wolverines, after the trip to Arizona along with five games against Pac-12 schools — four at Oregon and one at home versus Stanford — along with Big West series at home against UC Irvine, UC Santa Barbara, Long Beach State and UC Davis. In all, Cal Poly plays 35 of its 59 games inside Baggett Stadium.

The Mustangs return 10 of the 11 position players who started 20 or more games in 2019 and eight of last year’s 13 pitchers. The group of veterans is paced by junior corner infielder Tate Samuelson, who has led Cal Poly in home runs and RBIs each of the last two years, senior center fielder Bradlee Beesley, who is in or near the all-time top 10 in several offensive categories at Cal Poly, and junior right-hander Taylor Dollard, who was 5-0 with a 2.89 ERA and four saves as a relief pitcher a year ago and is making the switch to the weekend rotation this spring as the Mustangs’ Friday night starter.

In his 18th season at the helm of the Mustangs, Lee must solve two problems.

Slow starts in non-conference games force the Mustangs to win the Big West to get into the postseason. They have come close with three consecutive second-place finishes, but not good enough to compile an RPI worthy of postseason consideration.

After Dollard on Friday, Cal Poly plans to start junior southpaw Andrew Alvarez (1-3, 5.10 ERA in 2019) against Michigan and freshman right-hander Drew Thorpe, a graduate of Desert Hills High in St. George, Utah, versus Vanderbilt on Sunday.

UConn was 39-25 last year, finished fourth in the American Athletic Conference and posted a 2-2 mark in the Oklahoma City Regional. In his 17th season at the helm of the Huskies, Jim Penders welcomed back 18 lettermen, including five position starters and seven pitchers. UConn will be led by first baseman/outfielder Chris Winkel (.264, 44 RBIs, 13 steals in 2019) and right-hander Colby Dunlop (7-4, 4.31 ERA).

The Mustangs are playing Vanderbilt and Connecticut for the first time in baseball and own a 2-0 advantage over Michigan with a 5-1 win in 2016 at Baggett Stadium and an 8-1 victory in 2018 in the Tony Gwynn Classic at San Diego.

Cal Poly won the Big West title in 2014 and has placed second six times, third four times and fourth six times since 2000, posting a combined record of 310-258 in 23 years as a member of the Big West.

Cal Poly won seven of its 15 weekend series in addition to a 2-2 split with Saint Mary’s in 2019. Along with their sweep of Columbia to halt the early season slide, the Mustangs swept CSUN, UC Davis and Long Beach State en route to a 12-2 start in Big West play, finishing 17-7 and two games behind UC Santa Barbara. A win on the final day of the season would have resulted in a tie for first place between the Mustangs and Gauchos and Cal Poly would have attained the conference’s automatic qualifying berth in the NCAA regionals. The Mustangs won six of their eight Big West series.

Cal Poly has had just three losing seasons since 2000 and has reached the 30-win mark 12 times this century. The Mustangs have won 184 of their last 259 home games for a 71.0 winning percentage.

Next week, Cal Poly opens its home schedule with a Tuesday game versus Pepperdine at 6 p.m. followed by a four-game series against BYU (single games Thursday and Friday at 6 p.m. and a doubleheader Saturday at 1 p.m.).