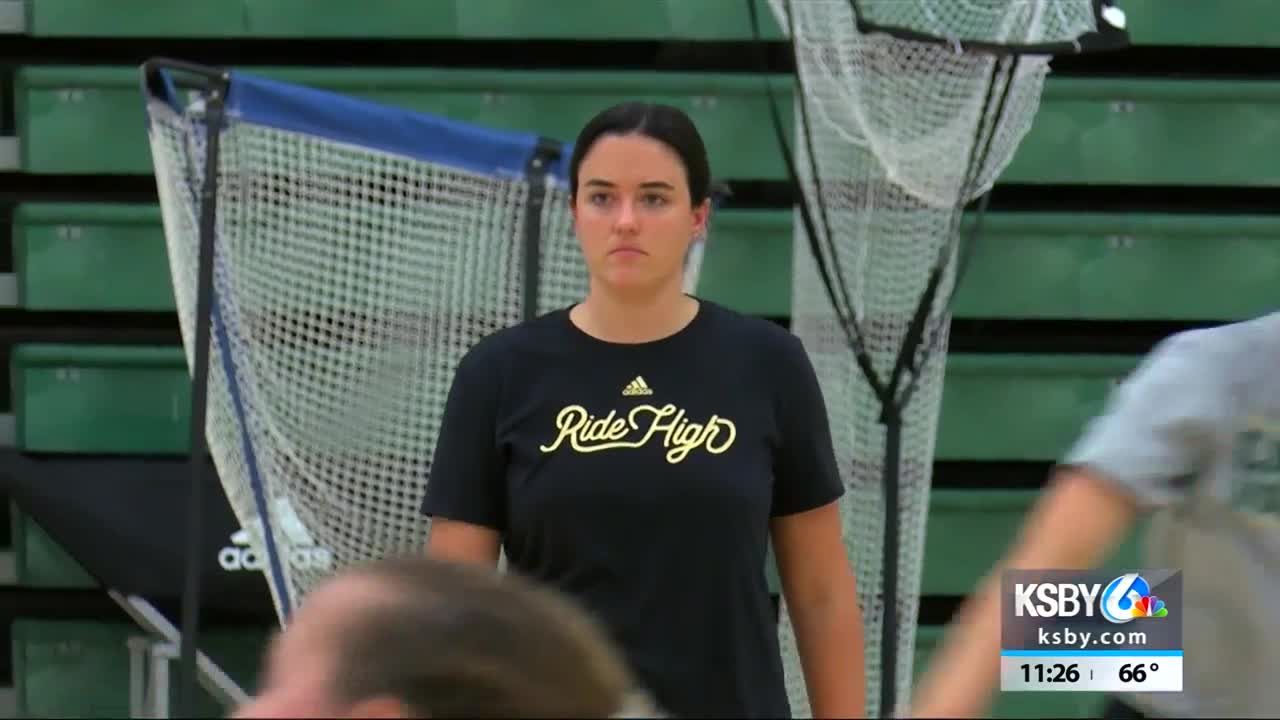 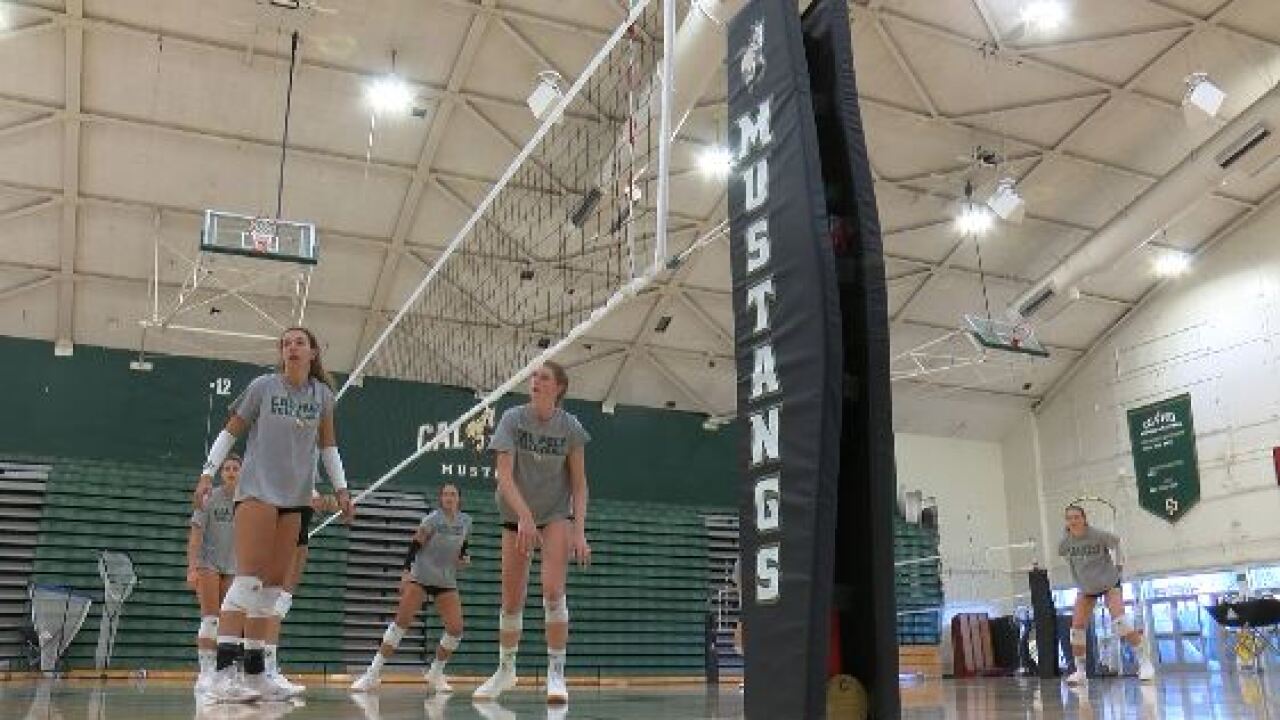 The Cal Poly volleyball program is currently going through a stretch of success that hasn’t been seen in San Luis Obispo in over a decade. The past two seasons, the Mustangs have won back-to-back Big West titles — going 31-1 in conference matches during that stretch, and have made consecutive NCAA Tournaments. Despite seven-year head coach Sam Crosson departing after taking the Cal job and losing two players in Adlee Van Winden and Katherine Brouker, who were both staples in the success of the program the past four years, the hopes and goals of the 2019 squad remain the same.

After Crosson left in December, Caroline Walters, who was an assistant coach/associate head coach at Cal Poly since 2009, was named head coach. As Walters prepares to begin her first fall camp as head coach Saturday, this is not her first experience as a head coach. Three matches into the 2011 season, Walters was named interim head coach for the remainder of the season after Jon Stevenson was let go. Since then, she has remained with the program and you’d be hard-pressed to find someone who is more knowledgeable about Cal Poly volleyball than Walters.

The 2018 Mustangs continued to make program history. They finished with a 25-3 record, just two wins shy of matching the 2017 record of 27-3. They also went 15-1 in the Big West to win their second consecutive conference title and earn their second straight NCAA Tournament appearance since 2006-07. The team also earned its highest AVCA Top 25 ranking since 2008 with a No. 11 ranking (ended the season ranked No. 22) and made history by starting the season 19-1 — the best record through 20 matches in program history after rattling off 18 straight wins. They also went undefeated at home for the second straight season, going 10-0 to make program history with 21 straight wins at Mott Athletics Center dating back to November 11, 2016.

The 21 consecutive home wins is not only the longest streak in program history, it is also the third-longest streak currently in Division I behind only BYU (24) and Stanford (36). The Mustangs also had the second-highest average home attendance last season among Division I schools in California.

Among those returners include some key players for Cal Poly. Reigning Big West Player of the Year and AVCA All-American opposite hitter Torrey Van Winden returns for her senior season. Last year, Van Winden was second in the Big West and third in the nation in kills per set (5.07) and led the conference in hitting percentage (.365). Her 5.07 kills per set was the second-highest single-season average in program history. In addition, she also owns the third-spot in that category for her 2017 average of 4.83.

Junior Madilyn Mercer returns following an All-Big West First Team sophomore season. Mercer led the conference in blocks last season at 1.12 blocks per set. She had a match last season that saw her total 11 block assists, just two shy of tying a program record. She was also fourth on the team in kills 10th in the Big West in hitting percentage (.289).

Sophomores Avalon DeNecochea and Meredith Phillips come back looking to continue with the success they had in their rookie campaigns. DeNecochea was named Big West Co-Freshman of the Year (the first Mustang since 2015), All-Conference Honorable Mention and All-Freshman Team after filling the void at the setter position previously held by Taylor Nelson and directing the Cal Poly offense to the best hitting percentage in the Big West and seventh-highest in the nation at .295. DeNecochea was second in the conference in assists per set at 10.32 and was fourth on the team in both blocks and digs. Phillips, a middle blocker, was named to the Big West All-Freshman Team and All-Conference Honorable Mention after finishing third on the team in kills and second in blocks. She also had the fifth-highest hitting percentage in the Big West at .325.

There are four new additions to this year’s squad, all true freshmen. Among those are two top-100 recruits and include a setter, opposite hitter, libero/defensive specialist, and outside hitter.

The Mustangs quest for its first-ever Big West three-peat begins August 30 when it opens its 2019 season against Kentucky, who ended last season ranked No. 10 in the AVCA Top 25 Poll and No. 8 in the RPI, at the University of Utah Tournament. Following that three-match opening weekend tournament, Cal Poly returns home to host its own tournament, the ShareSLO Mustang Classic, September 5-7, the first of its 11 home matches this season. Big West play begins Tuesday, September 24 at home against Long Beach State.

The Mustangs' first 12 matches of the season will see them play seven matches against teams who were in the RPI Top 50 in 2018 and made the NCAA Tournament.