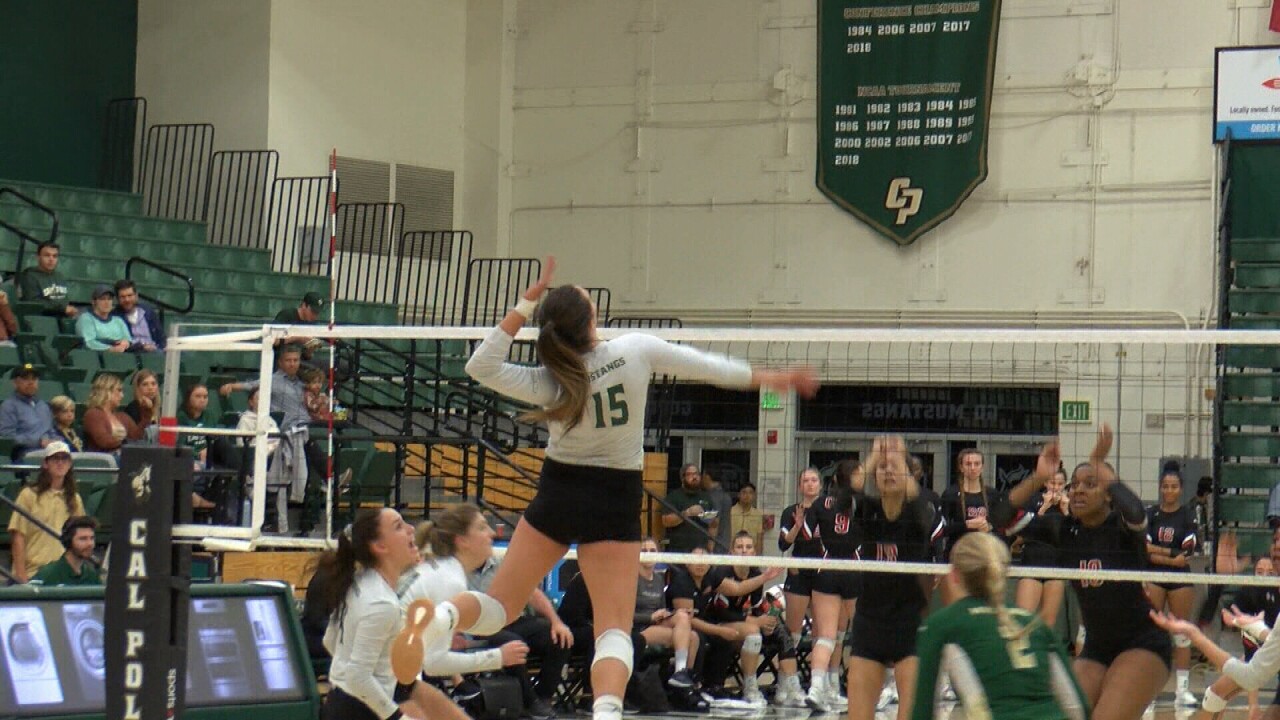 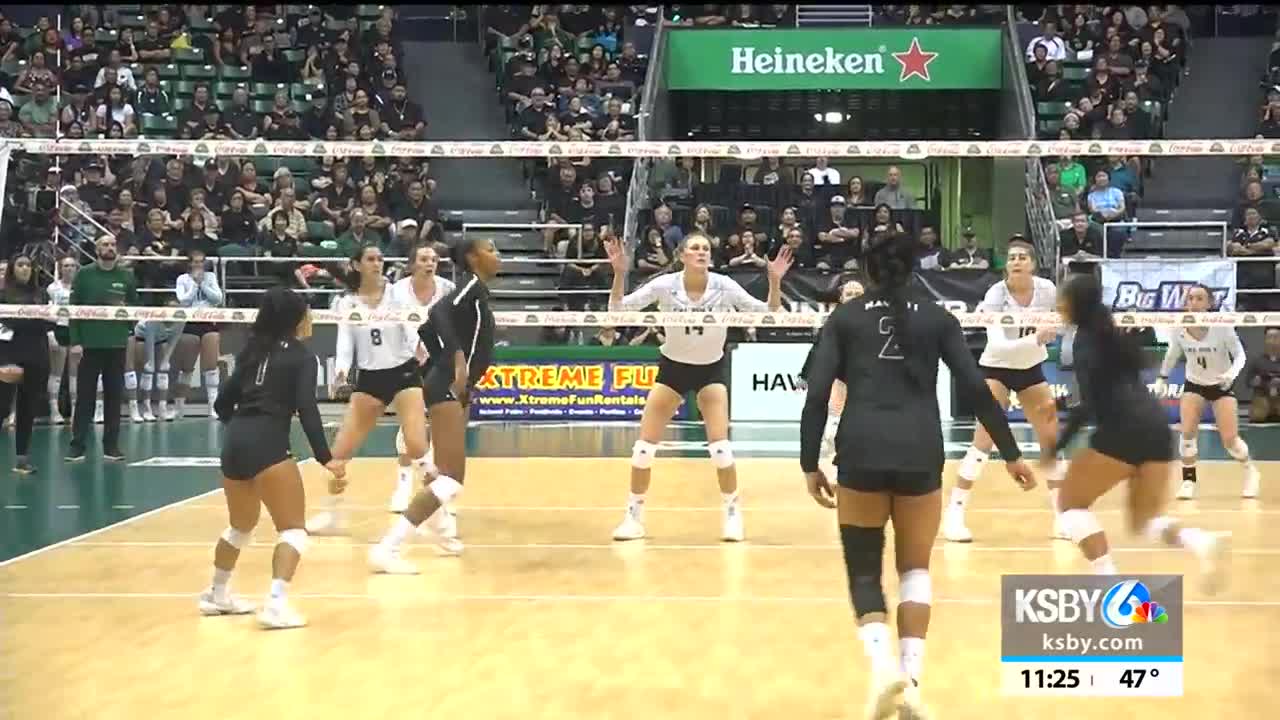 After two outstanding performances this past week, junior outside hitter Maia Dvoracek earned her fourth Big West Women’s Volleyball Player of the Week award this season, the conference announced Monday.

In two matches, she totaled 49 kills for a stellar 7.00 kills per set average while hitting .347 and compiling 2.43 digs per set as the Mustangs swept CSUN and fell in four sets to No. 21 Hawai’i.

In the two matches, she hit the 20-plus kill mark for the fourth and fifth time this season and extended her streak of matches with double-digit kills to 13 straight.

In a sweep over CSUN on Tuesday, she recorded a match-high 20 kills on a .531 hitting percentage to go with three aces and four digs.

On Sunday against the No. 21 Rainbow Wahine in Honolulu, Dvoracek finished with a match-high 29 kills (one shy of her career high) to go with 13 digs for her sixth double-double of the season.

She currently leads the Big West with 50 service aces so far this season. Through 11 conference matches this season, she is averaging 5.17 kills per set.

Cal Poly will host UC Santa Barbara on Saturday in Mott Athletics Center at 7 p.m. for a crucial Big West match as both teams boast 9-2 conference records and are tied for second behind No. 19 Hawai’i.