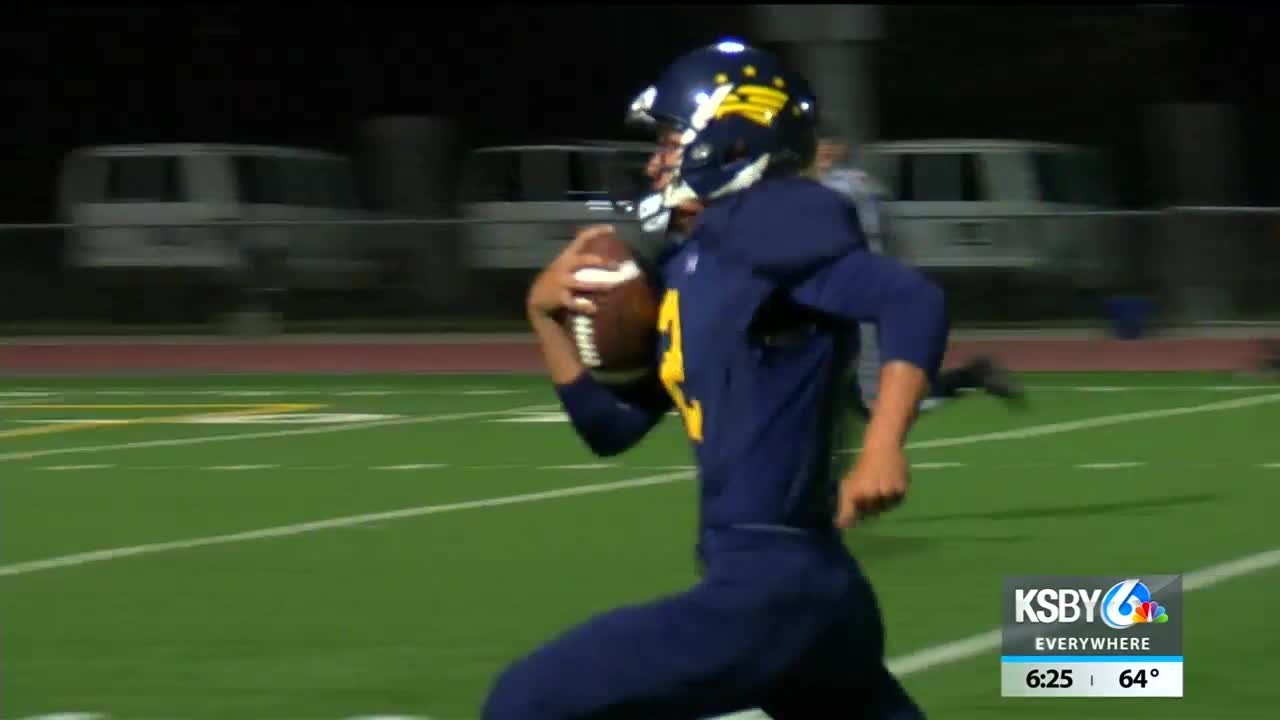 Week 1 is a thing of the past for the Arroyo Grande football team. Since their loss to San Luis Obispo, the Eagles have rattled off three-straight wins heading into their Game of the Week matchup with Nipomo.

No wins were bigger than the one last Friday when the Eagles soared past Lompoc, 30-24.

AG suffered a bit of a blow, losing senior running back Caleb Tomasin to a knee injury after he racked up 199 yards and a touchdown. The timetable for his returns is still to be determined.

Junior quarterback Ethan Royal will carry the load in Nipomo as the Eagles looking to continue their winning ways, losing only once to the Titans in 2008.

"Even after coming off an emotional win like Lompoc, we have to get back to business. We can enjoy it Friday night and then Saturday was back to work," Arroyo Grande head coach Mike Hartman said. "We try to keep every week the same, so our preparation has been good so far. Nipomo presents its own challenges so hopefully we're up for the task."

"Now, we come out here with a bit of an attitude. Teams think they can just run us over because we lost Week 1, and that's just not how it's going to be," Arroyo Grande junior nose tackle Jacob Lewis added. "It's just coming out here with that attitude and playing hard."

Nipomo will host Arroyo Grande on its new field Friday night at 7 P.M.