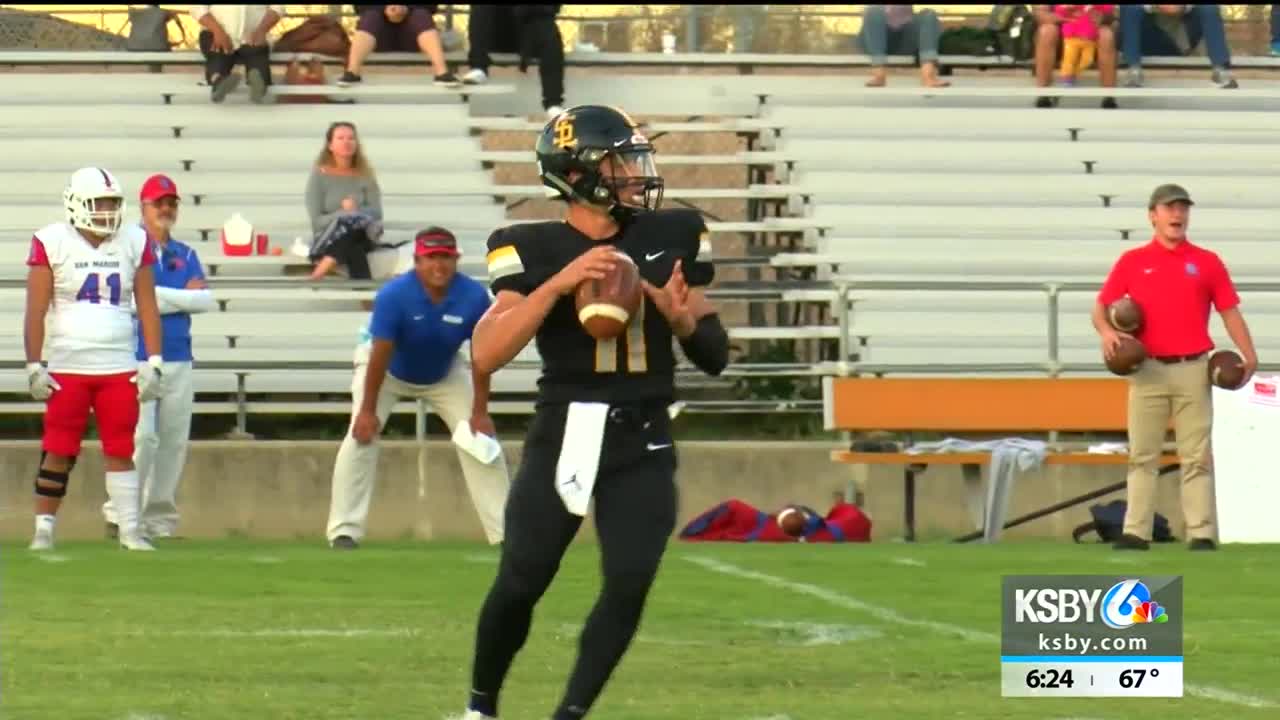 There's only one more tune up game for the Mountain, Pac 4, and Ocean League teams on the Central Coast, so before league play begins, we spotlight San Luis Obispo and Santa Maria in our Week 7 Game of the Week.

The Tigers have sported one of the most consistent squads all season, entering the matchup with Santa Maria at 4-1.

SLO went on the road last week to Hanford West and pitched a shutout, 37-0.

The Tigers' offense has been nearly unstoppable all season, led by dynamic senior quarterback Emilio Corona. SLO is averaging over 38 points per game, over 200 yards through the air, and almost 180 yards on the ground this season.

"Each game has taken a bit of a different shape but our goal remains consistent, we want to remain balanced, we want to not become predictable at any moment, and we want to be able to mix things up," said Johnston. "A lot of that depends on game film and what we're seeing, not only prior to the game, but once we get in the game as well."

"We're going to try to carry that momentum by making sure the team knows what to do and make our bonding better," San Luis Obispo junior lineman Jonathan Garcia. "The coaching staff is doing great, the trust is on them."

Kickoff at Santa Maria High School is set for 7 P.M.