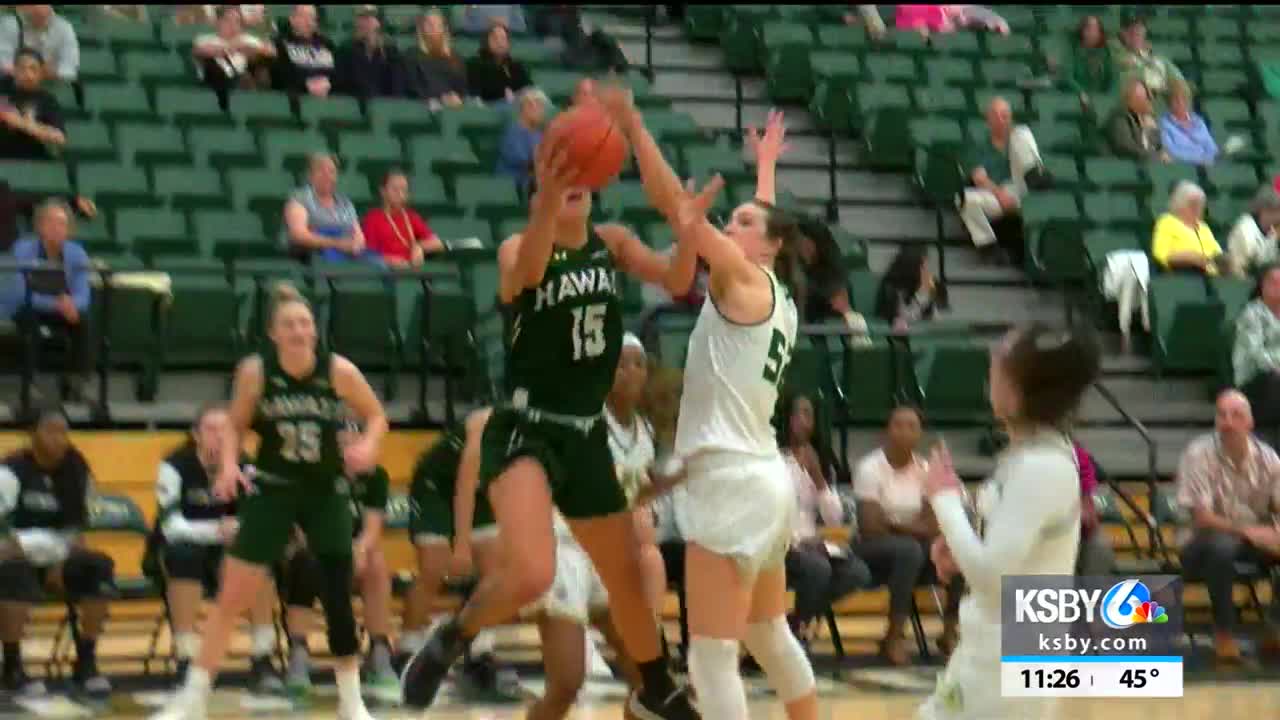 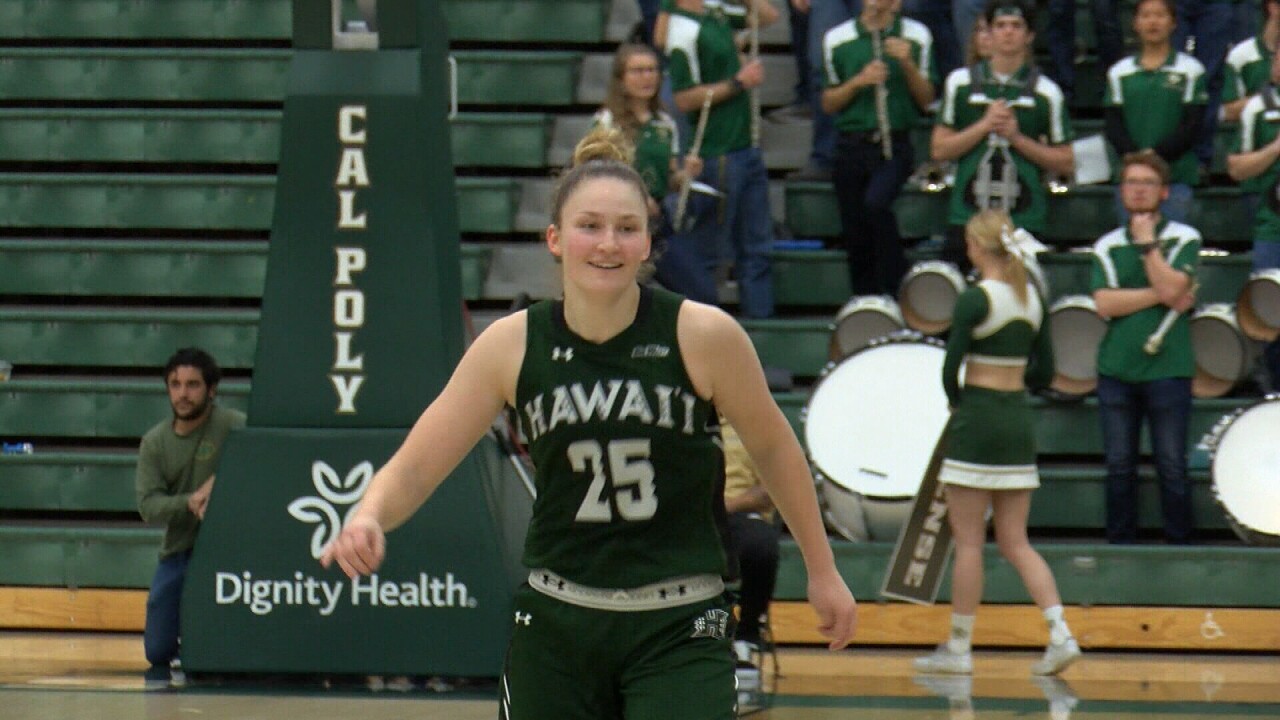 Kirsty Brown scored a career-high 12 points for the Cal Poly women’s basketball team on Thursday night in a 22-minute effort off the bench, and teammate Sierra Campisano netted a squad-leading 16 points, but Hawai’i picked up the Big West win inside Mott Athletics Center, 59-46.

The Rainbow Wahine received a 24-point performance from backup Amy Atwell, who went 6-of-13 from 3-point range in 24 minutes while lifting UH (6-3 BWC; 12-10) into second place in the conference standings.

Atwell’s six 3s tied the all-time Hawai’i single-game school record for most makes from beyond the arc, equaling seven others.

Brown shot 5-for-11 on the evening, surpassing her previous best on the offensive end, an 11-point game against Pepperdine in 2018.

Campisano also came up with eight rebounds, just missing out on her fourth straight double-double.

The Mustangs got out to a 6-4 lead early Thursday, as freshman Abbey Ellis converted a drive to the hoop two-&-a-half minutes after tipoff, but UH quickly struck back with a 9-0 run to take a 13-6 upper hand, en route to a 13-12 lead after the initial quarter.

Cal Poly regained the lead with 8:30 remaining until halftime, when Ellis drove for another layup to make it 14-13 and cap an 8-0 spurt. Once more, though, Hawai’i responded with seven straight points, ultimately heading to the break up 35-22.

After heading to the fourth trailing 50-31, the Mustangs (2-6 BWC; 5-14) pulled as close as 53-42, moving just 11 points back on a Campisano free throw with 2:39 left, but Hawai’i answered with a layup, plus the foul, via reigning Conference Player of the Week Julissa Tago, to extend the gap back to a 14-point margin with 2:25 to play, ultimately hanging on down the stretch.

Cal Poly stays at home to host Long Beach State at 2 p.m. Saturday. Free special-edition “Living the Dream” Cal Poly T-shirts honoring Dr. Martin Luther King Jr.’s dream will be given out to the first 200 fans. (Feb. 8 vs. the Beach also starts a doubleheader at Mott, as the Mustang men’s squad faces Hawai’i at 7 p.m.)