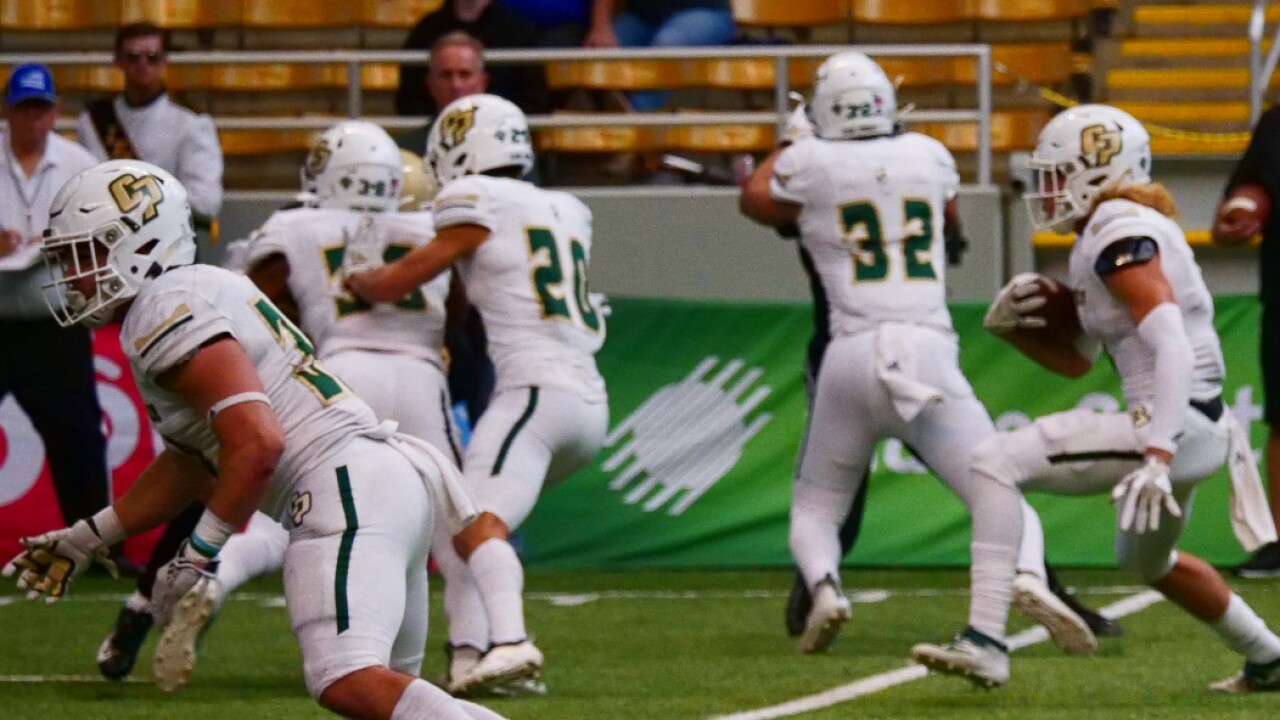 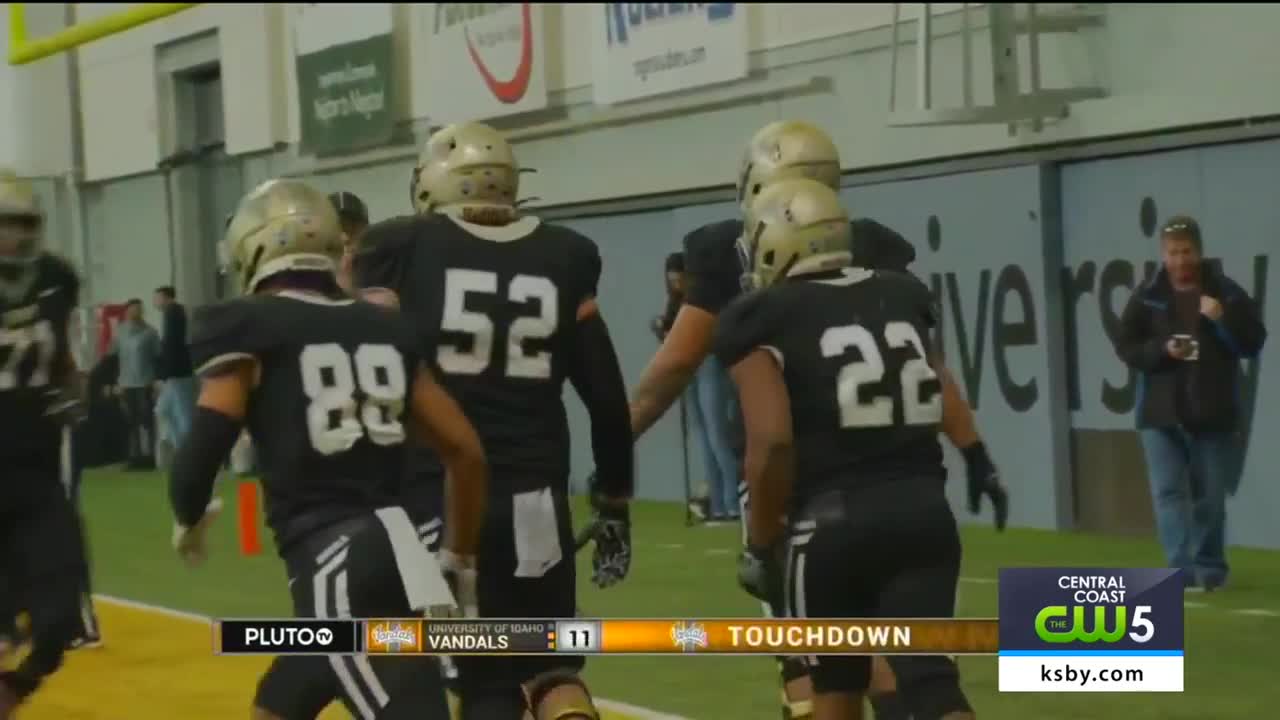 Aundre Carter rushed for 179 yards and two touchdowns to lead Idaho to a 21-9 victory over Cal Poly in a Big Sky Conference football game Saturday afternoon inside the Kibble Dome.

Carter scored on runs of 37 and one yards for Idaho, which overcame an early 3-0 deficit and improved its overall mark to 4-5 and conference record to 2-3.

Cal Poly, held to just 145 yards by the Vandal defense, suffered its fifth straight loss, falling to 2-7 and 1-5.

Cal Poly grabbed the early 3-0 lead on a 44-yard field goal by Colton Theaker with 7:27 to play in the first quarter.

Idaho scored the next 21 points of the game on Carter’s two scoring runs and a 22-yard pass from Mason Petrino to Jeff Cotton.

Cal Poly finally answered with 2:47 to play in the game. A 55-yard pass from Jalen Hamler to J.J. Koski set up a seven-yard touchdown run by Hamler, cutting Idaho’s lead to 21-9.

The Mustangs got the ball back for one more drive, but Hamler was intercepted by Lloyd Hightower and Idaho ran the final 102 seconds off the clock.

Petrino completed 13 of 22 passes for 138 yards and one score for Idaho. His favorite receiver was Cuttrell Haywood with six catches for 58 yards and Cotton added five receptions for 65 yards.

Idaho has won all three meetings against Cal Poly, all games played in the Kibbie Dome. The Vandals will visit Alex G. Spanos Stadium in 2021 for the first time.

Cal Poly has a bye next week and plays its final home game of the 2019 season on Saturday, Nov. 16, versus Eastern Washington. Kickoff for the Homecoming Game inside Alex G. Spanos Stadium is set for 5:05 p.m. and 16 Mustang seniors will be honored in a pregame ceremony.