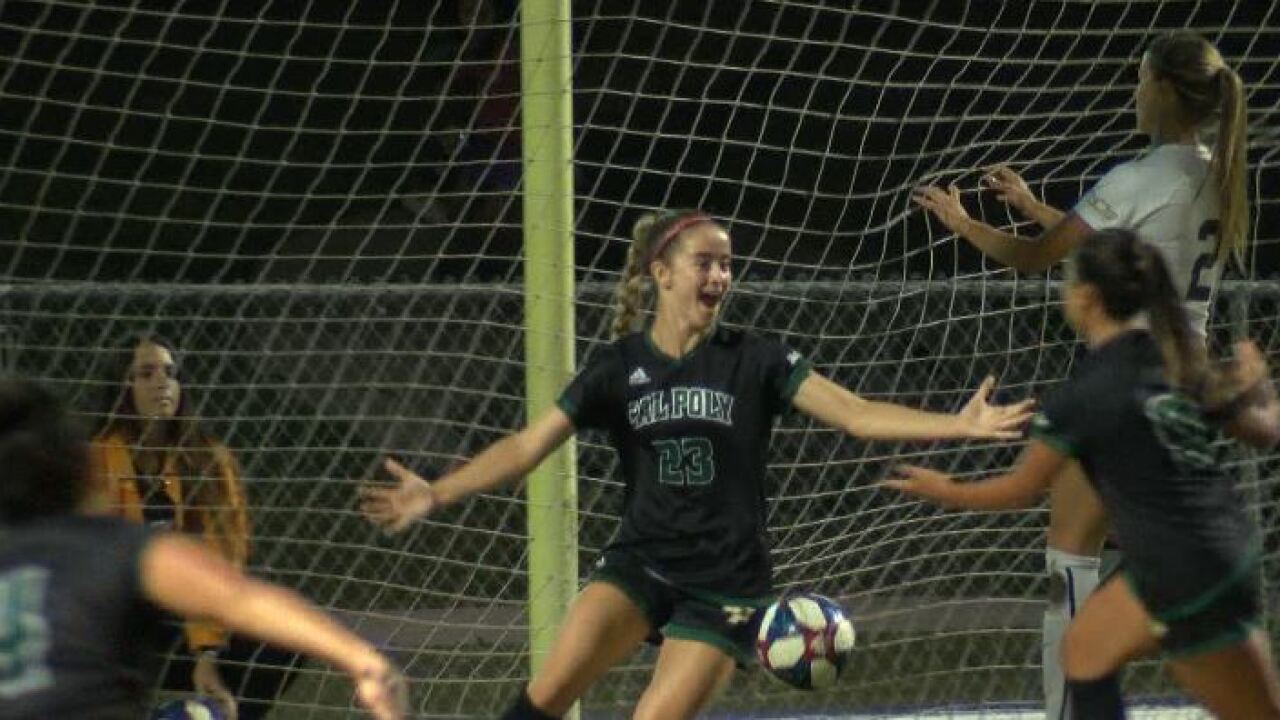 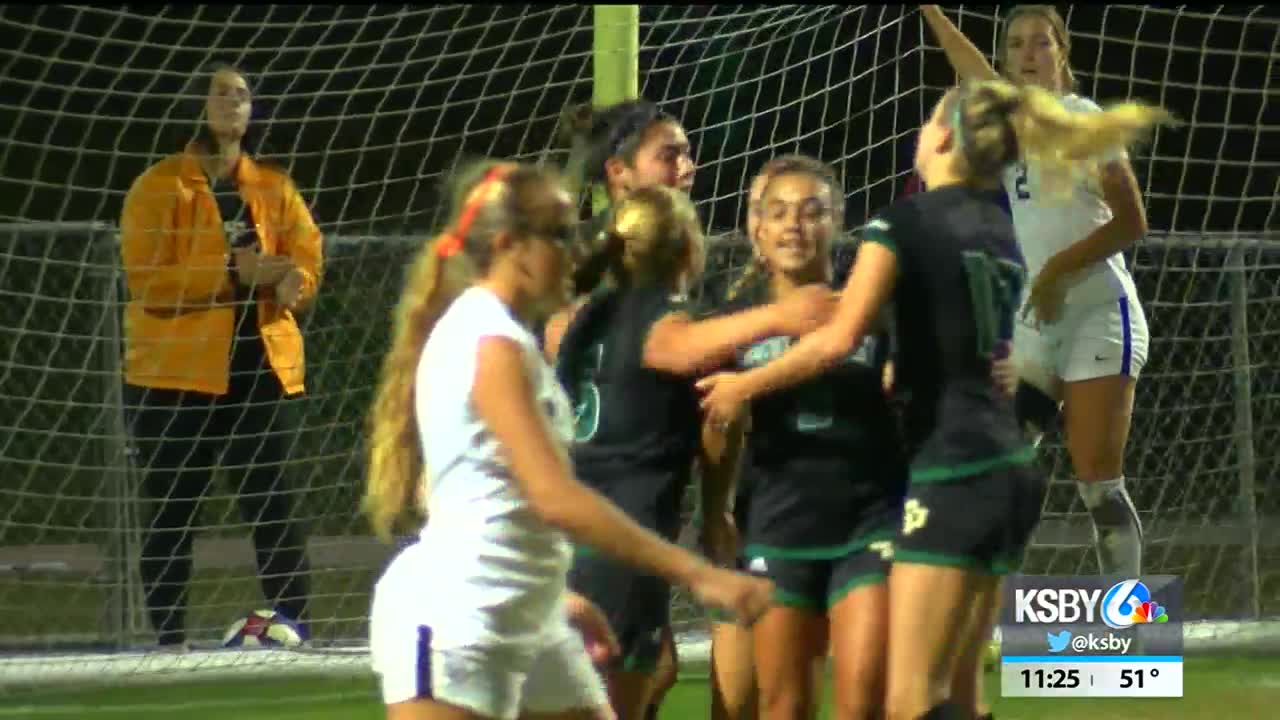 Cal Poly scored in the 24th minute on Thursday night at Alex G. Spanos Stadium, and the Mustang women’s soccer team maintained a 1-0 lead well into the second half at the Big West opener, but Long Beach State surged ahead for the win late, rallying for a 2-1 conference victory thanks to an 84th-minute equalizer quickly followed by an 85th-minute go-ahead strike.

The Mustangs first tested LBSU’s Marta Alemany Sanchez in the 19th minute, as Brooke Rubinstein angled a shot on goal, but the junior goalkeeper was in position for the save. Cal Poly moved into the lead shortly afterward, however.

With 21 minutes to play until halftime, Emily Talmi forced a save from Alemany Sanchez with a shot from the left side of the box. Although Alemany Sanchez dove to stop the ball with an all-out reach with her left glove, Mustang freshman Camille Lafaix raced up onto the rebound only a few steps to the side of the right post, quickly tapping the put-back into the center of the net.

It was the fourth goal of the season for Lafaix, a freshman from the San Jose Earthquakes Development Academy via Archbishop Mitty HS.

Rubinstein returned for another attempt placed on target in the 63rd minute, before Sidra Bugsch also shot on frame (65’), but Alemany Sanchez again came up with back-to-back stops to keep matters a one-score margin.

The squads traded possession for much of the second half, but The Beach broke through in the 84th. LBSU’s Kaitlin Fregulia almost leveled the match herself, but her shot bounced off the crossbar, falling almost straight-down and landing just in front of the line. Elysia Laramie was there for the rebound, capitalizing at point-blank range on the opportunity to tie the game six minutes from the end of regulation.

Long Beach (3-7-0, 1-0-0), the defending regular-season and conference tournament champions, didn’t wait long to take the lead, as only a little more than a half-minute later, Katie Pingel passed up the left side to set up Laramie, who split the last defender and the goalkeeper after dribbling up to only a few yards away, before tapping a right-footed shot into the back of the net to notch the brace while delivering the game-winner.

The Mustangs (3-8-1, 0-1-0) threatened once more in the waning moments, working their way well into the attacking third just a minute and 17 seconds away from full-time, but they were whistled offside. LBSU ran out the clock from there.

Up next, Cal Poly embarks on a four-game road trip. The Mustangs will first travel to CSUN for an Oct. 10 matchup, before heading to UC Davis on Oct. 13.