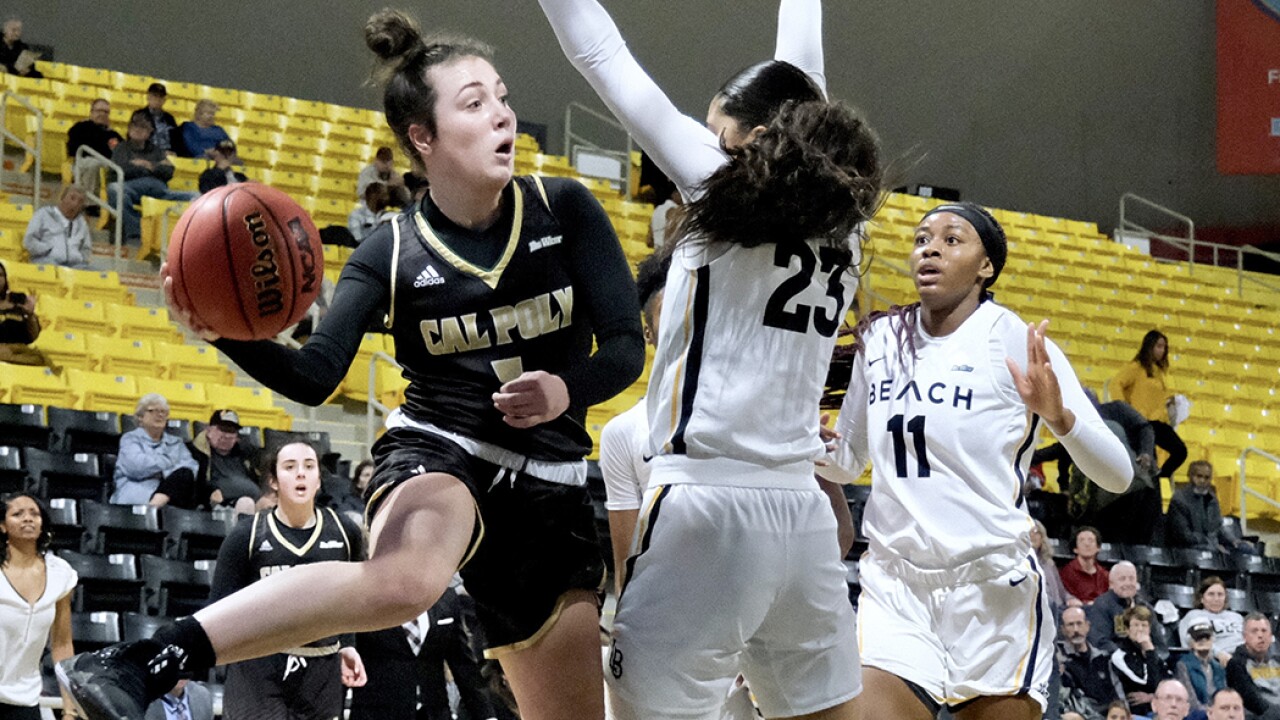 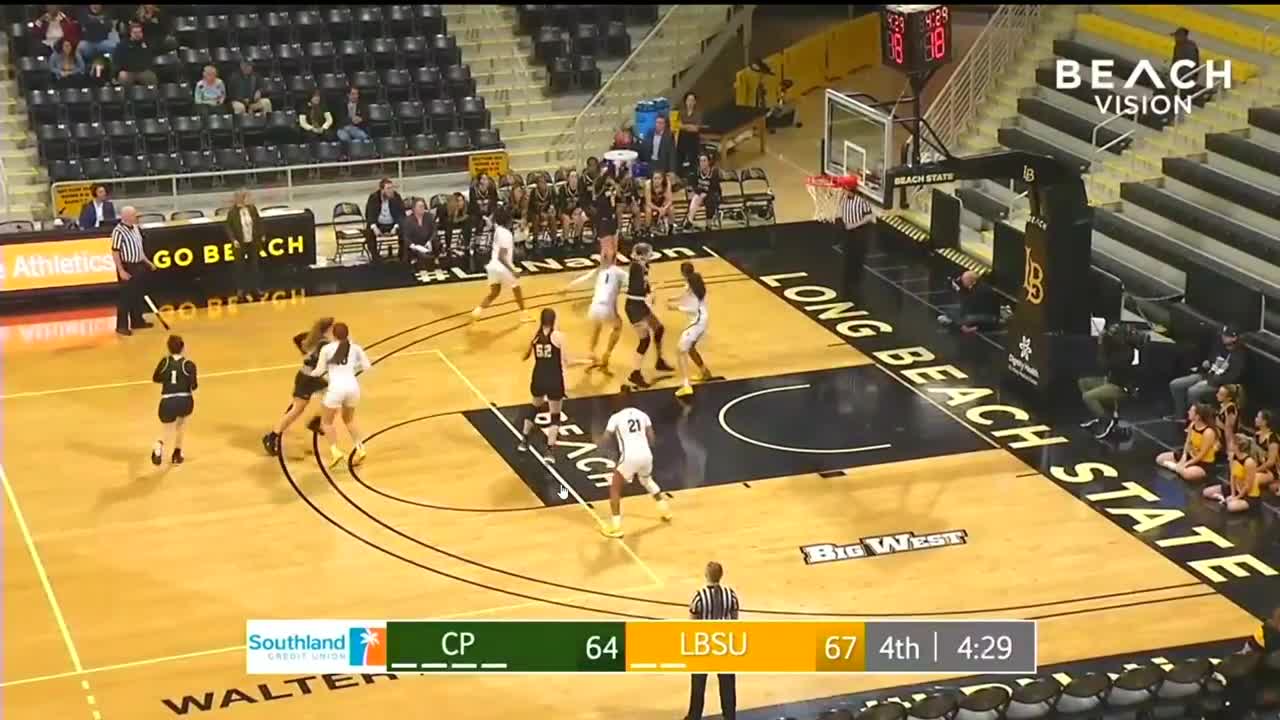 Led by freshman point guard Abbey Ellis, the Cal Poly women’s basketball team scored the first 10 points of the Big West opener Thursday night at Long Beach State — on the way to a 16-2 lead four-and-a-half minutes from the opening tip — but LBSU rallied inside Walter Pyramid, starting conference play with a 72-69 home win.

Early on as the Mustangs sprinted to the 14-point lead midway through the initial quarter, Ellis made a trio of 3-pointers, and also assisted on a trifecta by junior forward Sierra Campisano.

LBSU recovered to close out the quarter, however, as a 3 by Shanaijah Davison narrowed the deficit to 21-17 heading to the second.

In a back-and-forth battle featuring 22 combined 3-pointers between the two squads, Cydnee Kinslow connected from deep to give The Beach its first lead of the evening, 24-21 with 8:45 to play until the break. Ellis had 20 points already by intermission, shooting 7-of-11 overall, including 5-for-7 from behind the arc.

Ellis, who came into the day 10th among all freshmen across the country in scoring, finished with 28 points (just one back of her season high; 13 up on her average), shooting 10-for-19 altogether (7-of-11 from deep).

After starting the second half up 42-41 and then extending the advantage to 45-41, LBSU (1-0; 6-8 overall) saw Cal Poly (0-1; 3-9) answer with a quick 7-0 run consisting of a Campisano jumper, a 3 by Hannah Peterson and a driving layup by Malia Holt to regain the lead. Long Beach moved back in front again, though, using seven straight points (finished with another 3 by Kinslow) to earn a 60-55 lead, en route to ending the third up 62-57.

In the fourth quarter, Holt tied the game at 67 thanks to a 3, but Ma’Qhi Berry responded by converting a layup, giving LBSU back the lead for good. A pair of free throws from Campisano with 2:13 remaining brought the Mustangs within 70-69, but Justina King answered with a jump shot to stretch the lead back to three with 1:14 left.

Campisano, College Sports Madness’ most recent Big West Player of the Week, had one last look at a potentially tying 3 with under 10 seconds to play, but her shot from the right wing caromed off as only 3.8 seconds remained, and LBSU was able to run out the clock on ensuing inbounds plays to hold on.

Alicia Roufosse and Campisano each added 11 points for the Mustangs, while Roufosse earned her fourth double-double of the year by securing 10 boards in addition to rejecting two shots.

Cal Poly continues its season-opening conference road trip at UC Santa Barbara on Saturday. Tip-off for the Blue-Green Rivalry clash against the Gauchos (0-1; 5-9) from Events Center Thunderdome is set for 2 p.m.