Mustangs kick off "Fall Ball" as team returns to practice 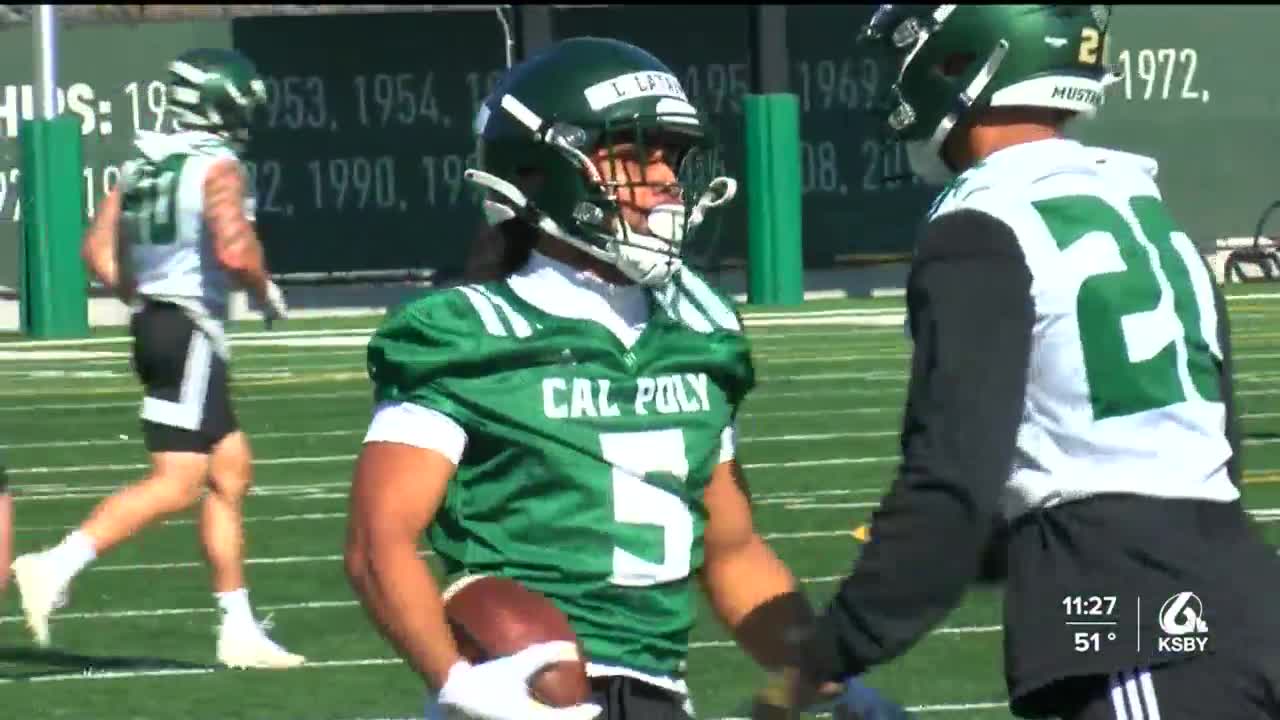 After months of virtual meetings, the Cal Poly football team finally hit the field on Tuesday morning for the first of 12 scheduled practices over the next four weeks.

Head Coach Beau Baldwin was hired last December, replacing former head coach Tim Walsh, and despite Tuesday's practice being the first formal practice he has had with a full group, Baldwin says he's proud of how his guys have handled the past few months, and he likes what he sees on the field so far.

"These guys have handled it well. They haven't hung their head about it," Baldwin said.

"This is therapy for us," quarterback Jalen Hamler said. "Just going back to doing what we love, it just felt good and the energy was great out here."

"The key for us is sustaining that energy when we hit practice 7, practice, 11, practice 12, when they're thinking about Thanksgiving," Baldwin added. "We just have to keep challenging ourselves."

The Mustangs will practice on Doerr Field for about two and a half hours on Tuesdays, Thursdays, and Saturdays for the next four weeks, with the one exception coming on Election Day. Practice will be moved to Monday, November 2nd, in order to allow players the opportunity to vote.