Mustangs make history with first-ever sweep of No. 19 Hawai’i 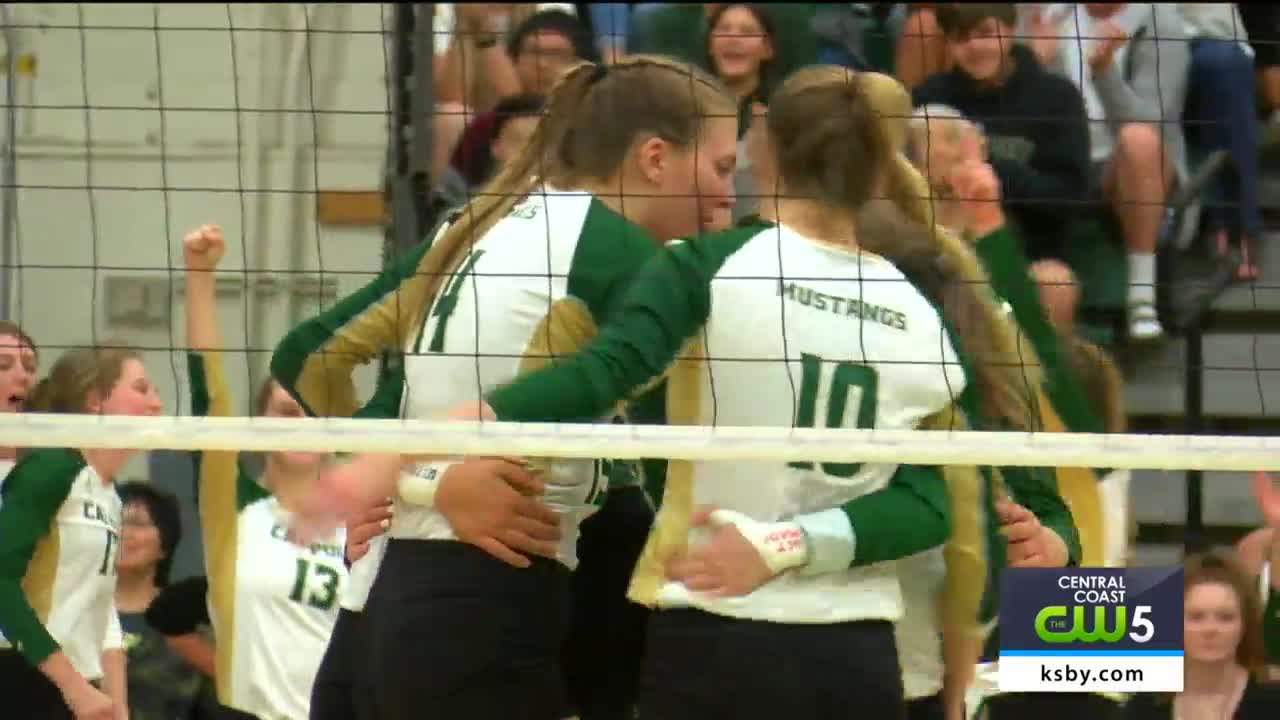 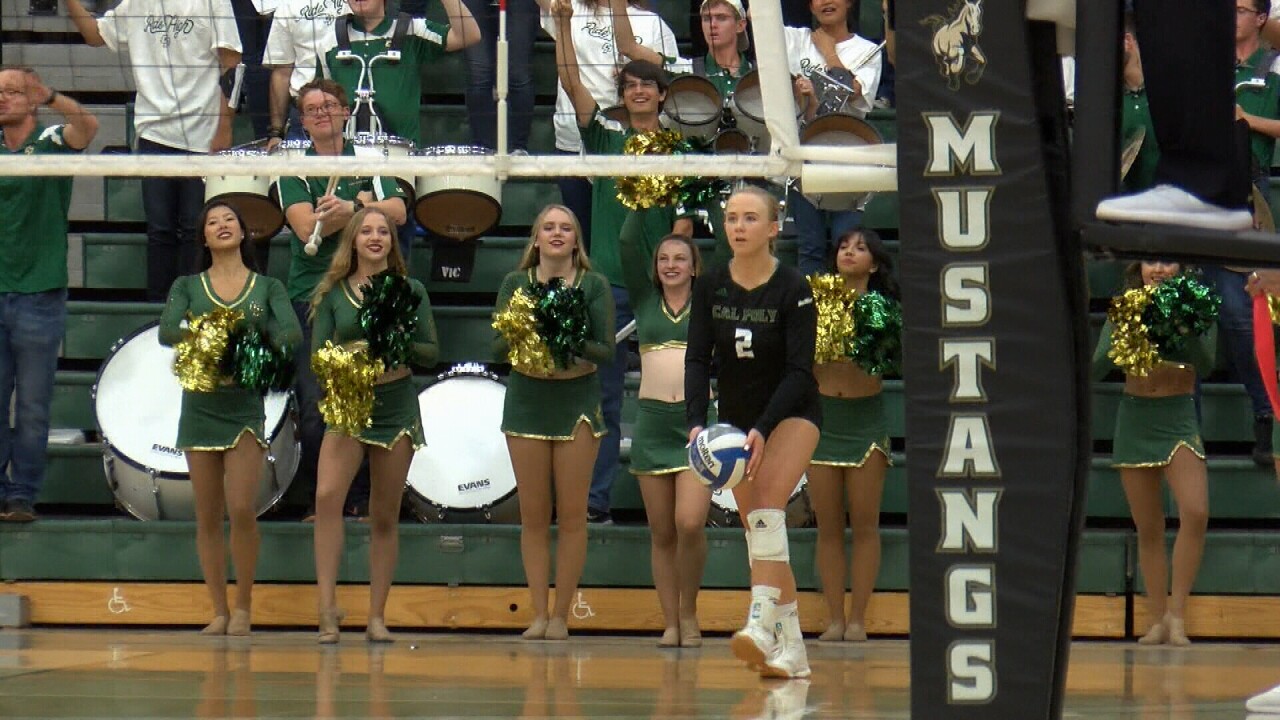 Behind a raucous sellout crowd at Mott Athletics Center Friday night, the Cal Poly volleyball team swept No. 19 Hawai’i (25-22, 26-24, 25-15) for the first time in program history to remain undefeated and atop the Big West standings.

For the Mustangs (13-5, 6-0 BW), not only was it their first time ever sweeping the Rainbow Wahine (13-3, 3-2 BW), it was also their fourth win in the last five meetings over Hawai’i, pushed their overall win streak to eight matches this season, and extended their nation’s longest active home winning streak to 28 consecutive matches.

Cal Poly has now won the last three meetings at home over Hawai’i and was the third straight year the match has been sold out.

The Mustangs were led on the night by junior outside hitter Maia Dvoracek, who finished with a match-high 16 kills, hitting .323 to go along with seven digs. Sophomore middle blocker Meredith Phillips was also strong on the night, adding eight kills while hitting .429 to go with a match-high four blocks. Senior outside hitter Jessica McRoskey had one of her most efficient matches of the season, finishing with six kills on nine attempts for a .556 attack percentage. Sophomore setter Avalon DeNecochea finished with a match-high 33 assists while also contributing seven digs, five kills and two service aces. Defensively both senior libero Mika Dickson and sophomore defensive specialist Lea Ungar both had strong matches. Ungar finished with a match and career-high 14 digs while Dickson added 13 digs.

As a team, Cal Poly were more efficient than the Rainbow Wahine in every statistical category with the exception of service errors.

The Mustangs started the match by scoring the first five points of the set. Hawai’i quickly scored five straight to tie it at 5. It was a back-and-forth battle from there, with neither team able to pull away. Tied at 19, Cal Poly scored three consecutive points to go up 22-19. The Rainbow Wahine then were able to respond and cut the lead to 23-22. However, back-to-back points by the Mustangs sealed the set 25-22.

Hawai’i opened the second set by getting out to a 4-1 lead before Cal Poly battled right back to tie it at 4. The teams traded points from there until, tied at 19, the Mustangs scored three straight to take a 22-19 lead. The Rainbow Wahine then fought their way back with five straight points to go up 24-22. The resilient Mustangs then fought off back-to-back set points and tied it at 24. From there, a Dvoracek kill followed by an attack error by Hawai’i completed the comeback for Cal Poly 26-24.

Leading 8-5 in the third set and looking to complete the sweep, the Mustangs used an 8-1 run to go up by 10 at 16-6, their largest lead of the match. They never looked back from there as Hawai’i was only able to cut the lead to as close as six. Thanks to Cal Poly hitting .357 for the set and holding the Rainbow Wahine to an .086 hitting percentage, the Mustangs went on to finish the sweep with a 25-15 third set victory.

Cal Poly now holds sole possession of first-place in the Big West at 6-0. UC Santa Barbara, who will play Hawai’i Saturday night, is also undefeated at 5-0. The Mustangs will now have eight days before playing the Gauchos next Saturday, October 19 in Santa Barbara.